Jacke was someone who just wants to live his own life. Just like many others, he was not interested in politics. Even the simple task of casting vote was meaningless to him. “I don’t care, it just doesn’t concern me” was his usual response. 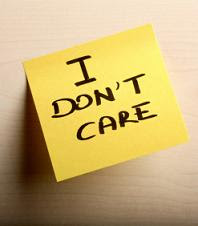 And no one can really blame him. Jacke worked hard and has truly established himself. He was drawing a very comfortable salary, married to a wonderful wife and blessed with 2 kids. He was oblivious to happenings around him as he thought he will be able to solve all the problems with his financial prowess.

As the saying goes… if a problem can be solved by money, it’s not a problem. And since Jacke has enough money -- What’s the problem? So no, all the social and political stuff is of no interest to Jacke.

In fact, Jacke even took advantage of the poor governance in the system. Jacke had with him not one, not two, but three maids! As some of you may know, one family is only allowed 1 maid. But that problem was conveniently solved with money. 1 for the wife, and the others for each of Jacke’s children. 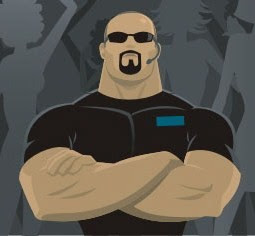 Life was bliss, who cares about the ruckus of politics and deteriorating condition all over? Really?

Due to a certain requirement for something Jacke was applying, his family was asked to undergo medical examination. Imagine the horror of Jacke’s face when the test showed one of his children was infected with “a deadly virus”, one which is without cure.

Detailed investigation showed that everyone is the family is clean except for the poor child. How can that be? It was then that Jacke asked 3 of his maids to undergo medical as well. Lo and behold, the very same maid who looks after that poor child has that deadly virus.

How did the maid contract the virus? She has a clean medical certification from the authorities as provided by the maid agency. She was relatively new and was never let out of the house. How did it happen?

As money can solve a lot of problems for Jacke, money can also help Jacke discover how the problem came about. Using a lot of money, Jacke found out that the maid agency he engaged never sent the maids for medical certification. 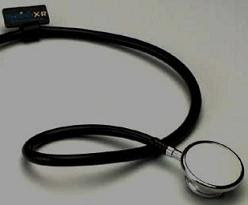 Jacke thought he can always stay away from the ruckus and as long as he has money, he will never suffer the consequences of a poor administration. He learned it the hard way. Now, Jacke’s son will probably only live to see Jacke cast his vote in 2 elections.

P/S: Seriously, send your maid your medical check up. Better be safe than sorry.

2 years ago… As mourning period ends… Lessons from death
A zewtpinion by zewt at 8:50 pm
Email ThisBlogThis!Share to TwitterShare to FacebookShare to Pinterest
Labels: Boleh-logy, Deep thoughts, Health, People stories

Sometimes life always kick u where it hurt most. Maybe this is what they call karma

hum.. a lesson to learn - especially for those who think that "money can settle everything" ... haih..

Look on the bright side. With money, At least they can have a happy funeral should the time come.

Sad, he works hard, but get screwed. Life is sometimes unfair. Is this story true?

Hmm, are people missing the point of this post which is "politics affect you in many ways which you will not realize until too late", or is it just me?

I think this post is a good answer to the people who say "politics do not affect me".

Judging from the comments, I think they are missing the point here.

Errr, is it HIV?? If it is, how on earth the maid passed it on to the child??? Besides blaming the maid, I must the mother is a pretty lazy woman. 1 maid for herself and 1 for each child!

nicely written mate.
too many Malaysians are like this unfortunately, only after they get slaps on their faces then they will realized.

when something happened, they'll say "this is why i don't like politics".
well people, if you don't like it, change it, make it better rather than just ignore it.

neglecting to repair the burst pipe in your house isn't gonna stop the water from pouring all over the floor.

Yup. I agree with Ulquiorra. I think your readers didn't get the msg u trying to convey.

Come to think of it, I know a lot of people like that. They doesn't care because they are living a comfortable life. But the poorer people suffers. But then our governmentvery bias, very susah la. But I hope it will change one day.


a few yrs back, my family employed two maids to do the cleaning stuffs..but small kids, we took care them pula during tht time ;)

This is so scary! The things that money can do. What a way to run the country huh? As if money solves everything.

It's not that "I DONT CARE" but rather Jacke, like many others being victims of circumstances.

but for the rest
HAIH... WHERE are we heading ??
In Rome, follow the Romans lor..

we stay in this country for God's sake!!! there's no way things that happen here, politically, socially or whatever-ly won't affect our lives.

hope those who think otherwise will start to wake up and do something.

leyaw - karma is not the main point though...

happy-suang - indeed... money is not everything.

Ulquiorra - I wonder if i should just be straight to the point next time.

Riise - hello and welcome. they will be glad if it's just burst pipes. what if it's the sewerage? which is the current situation actually.

littlepolaris - there's only monday, tuesday, wednesday, thursday, friday, saturday and sunday... one day is never in the calendar... :P

iamthewitch - that's the perception... money is everything. well, it's almost everything, but not everything.

CK - they wont... until something like what happened to jacke happens to them. most think they can really stay away. some will really have to pay a big price to learn the lesson.

hey..thanks for yr wish!!
now i wonder is this story of Jacke a true one coz i really feel sad for the kid...being the innocent one!!
true that one can't be too ignorant about things & $$ is not everything !!

Zewt, that story aside, can you perhaps have a post on Maids - good and bad? :) I would love to hear others' thoughts as well.

oh my...thank God no one in my family have enough trust to hire a maid.

some1 been a victim of such 'roman' system told me this

==============
thats y we need to get alot of money to makesure we dun get / get less bullied and are able to solve most/more life issues. We cant afford to be stupid too, u have no1 to blame but urself when your kid suffer liddat, all bcoz of ur own carelessness n stupidity.

everybody has his role in the society which is to perform his own job well, so dun judge n mess with politics, thats the job of politicians. if they cant perform well, or they mess up their job, then we have to accept n live with that n makesure we r smart n rich enuf to overcome such environment.

vote? Don't! bcoz they know who u voted n if u didnt vote for the winner, they will make ur life difficult n drop u from any assistance scheme, then u have urself to blame bcoz u voted the loser

so Yew T, not every victim will go n blame "the environment" when the unfortunate happen. they said 'get real'. u wanna contribute to society? make more money, do business, bcome big boss n create jobs 4 the poor

That's the case of living in a hopeless country. We cannot choose to ignore...

so sad. also show money can't solve or provide everything. and life's not perfect even with all the money in the world.

I am not surprised at all. My fren's maid who arrived last month failed her medical test here before she was released to my fren to start her employment. And the result - not hypertension, diabetic or pregnant (which are all very common) but HIV positive! Imagine! The local authority there must have skipped the medical test over there and thank goodness for my fren, her agency was 'clean' enough to send all their maids for a round of test when they arrive in Msia. Scary......

Lol. I know one day doesn't exist in the calender la. Dat's why it has to be 'one day'. I hope someone found a better weapon than C4. Perhaps we got hope then. The 'one day' will come eventually.

I dont believe in karma. But i do believe that God allows certain things happen to us in order for us to grow more spiritual matured even sometimes it can be very painful.

I always need to remind myself that money is important BUT for our basic needs. God did not intend for us to be so successful that we take things around us for granted.

If this story is real, then ONE vote for the election does make a difference.

aih.no worries here..no money to have a maid! =P jkjk

little jennifer - that is also a good point really.

Swee Ping - yup... money is not everything.

Aniston - just a couple of hundreds will solve a lot of things for these ppl. but imagine the consequences to the society????

makeupgeek - regardless... that one vote is always important.

huei - hahahaha... what if the person who serves you the bak kut teh used a 'contaminated' maid?