I was at a nearby rojak store a few weeks ago. It was one of those by the roadside where you walk up to the rojak seller to place your order. As I was standing next to the store waiting for my take-away to be ready, came a man holding a cigarette. 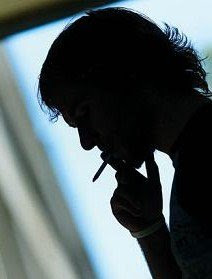 He walked up to the rojak seller and just as he was about to place his order, he took in a deep suck on his cig. He then stuck his head into the store where all the rojak stuff were and blew his cig smoke into food. Then he said… “Saya mau ini dan ini saja”.

And just when you thought that was irritating, he took in another deep suck, stuck his head into the store, blew his smoke into the food stuff and then said… “Ini saya mau lebih”. He actually wanted to do it again but the rojak seller told him off by saying… “Boleh buang asap rokok lain tempat kah?”

Was at this coffee shop for lunch. Inside this coffee shop are standing fans to keep the patrons cool. There was this guy seated at the table next to the fan. After his meal, he lit up his cig. He then rested his elbow on his table with his fore-arm vertically up, showing the world cig holding hand. He kept dusting his cig and just as the fan blew to his direction, his cig ashes flew all over the place.

Well, you might want to give him the benefit of the doubt as he might be unaware with it. You are wrong!!! Just then, his friends uttered…
“Oi, lei dit yin fui fei jo yan dei goh do ah” (Your cig ash flew to other people’s place)
And that bastard replied…
“Kuan kau ngo meh si?” (It doesn’t f*cking concern me).

Apart from the 2 mentioned above, I have also encountered those who would take in deep suck just before entering an elevator and then release his smoke into the elevator cabin after the door is closed. When everyone in the elevator stare at him, the idiot will just look away. And of course, I also despise those who smoke in a sports complex like a badminton or futsal hall. These people are just pure brainless. 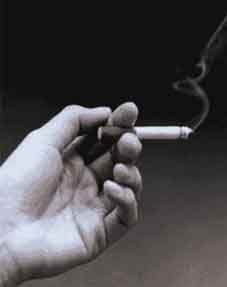 Non-smokers cannot ask smokers to move away in restaurants because the stupid rules state that smoking area can be located right next to the non-smoking area without having any barrier. Certainly, coffee shop is out of the question. Non-smokers can’t help but be second hand smokers when patronising bars or clubs because our country do not have non-smoking bars/clubs rules.

Indeed, we cannot discriminate someone just because that someone is a smoker. But for goodness sake, some form of civic mindedness. Non-civic minded smokers, like the 2 mentioned above, are really morons we can do without, don’t you think?

P/S: Have you voted your best Zewt Laugh yet?
A zewtpinion by zewt at 12:12 am
Email ThisBlogThis!Share to TwitterShare to FacebookShare to Pinterest
Labels: Stupidity, Zewt on Life

Haha I actually admired the rojak seller who told the stupid smoker off.

Yes, hate idiotic smokers. Just like my neighbour who would puff his smoke into my house, cleverly avoiding his house and his children. >.<

Couldn't agree more. A lot of friends don't really think of the people around them and they, the morons, do that occasionally.

They then respond with a rude tone that they don't really care if others are irritated by the smoke and it's not their problem.

For goodness sake, be a little thoughtful. That's just pure arrogance coming from them.

F***ing annoying! those ppls are so inconsiderate! I wanna smack that guy by the fan in the face! or hold a glass of hot coffee and pretend to trip and spill on his thigh area! they should ban indoor smoking in Malaysia!

I remember used to go clubbing, it takes 3 washes to get rid of the ciggie smell off my hair! and i had pretty long hair then!

sometimes i really applaud the effort of the government in uk where they ban all smokers to lit their ciggies inside any building... i think this is the best move... hopefully m'sian government could consider doing that too...

and i hate smokers...

this is the most troubling issue 4 me nowadays,these ppl r attn seeker, they prove their pathetic existance by irritating u!

the trip to genting few weeks ago dissapoint me very de muchhh! u dun smoke INSIDE aircon building u killer! ok fine i'll walk outside to get some fresh cool air n alamakkkk...they r everywhere puffing those killing substance

DO u eva know the existance of 3-hand smoke?

there are two type of smokers. The considerate (educated) smokers and the idiot smokers (includes educated ones too). Who cares if he/she smoke because its his/her business but when he share his smoke with others (esp non smokers) he/she is a moron.

Smokers are one of the most inconsiderate breeds of animals on earth. Sometimes i just feel like cramming lit cigarettes down their throats and sealing their lips and nostrils with glue. I esp hate it when they light up in hotels, malls, offices and other a/c complexes.

I have told off some smokers and have also destroyed one fella's box of ciggies. Smokers are the ones who complain they don't have enough spending money. All they have to do is stop smoking and they will have heaps more $$$ per month.

Do the math on $$ and do the math for your health, you silly smokers! Blek

I would just walk off and not buy any of those rojak that got polluted with someone's ciggy breath and whatever else....yucks!How rude and inconsiderate of that person.

I was told ppl should never breathe onto edibles as their breath may contaminate foodstuff and all.

I once asked a stupid fella not to smoke inside the immigration dept at Putrajaya. There were kids and baby around and he was happily smoking inside a air-cond building. So I went and told him off. But that bastard wanted to pick a fight with me though his gf pulled him away immediately. Real bastard that one

Though they are morons, but not as moron as the one who hold his/her child (as young as 1 year old) close to their body (more like baby-carrying) and puffing away.

i was a civic smoker.i quit smoking 4 years ago.now i know how it feel.

this is a good post. mindless smokers are always an issue with me. i think that the worst smokers are those smoking while carrying a baby and those puffing away next to the elderlies. really inconsiderate and unethical.

Remember we have the 1 hour earth time where everyone switch off lights/electricity for an hour, to save the earth from environmental unfriendly factors?

There's a much easier way to save our earth and to make it more environmental friendly - stop smoking for 1 day in every month.

Can the smokers do that? I don't think so.

You come to china, you will see it's even worse. They like to walk and smoke, and imagine if you are walking behind him, then congratulations to you -- you are a 100% second hand smoker.

Actually, to me, I think people who walk and smoke the same time is very irritating. They like what they are doing, don't give a damn, and never think of other people. You are freedom to smoke, I also have freedom to breath clean air!

thk god i got quite reasonable smoking frens la..they will seat in their own corner and blow smoke in the other direction..phew..

let those brainless ppl die of their own smoke. and hopefully clear the whole gene pool of idiotic mindless ppl.

Issh,...these people are annoying lots! Unfortunately, they are everywhere.

I will curse them, but i think I can't. But once my friend who smoke infront of me and blow it towards my face. I slap him!

day-dreamer - yeah, that's why i stayed on and bought from him. if he didnt do anything, i would have walked off.

Joel - yo! these ppl should go to hell isnt it?

Cindy Khor - malaysian govt can implement it... but will ppl follow? and will the enforcement be good? i doubt so.

pinknpurplelizard - i once heard a smoker said buying cigg will contribute to the economy, that's why he did it... what a stupid moron.

Mei Teng - everyone should just slap the shit out of that bastard.

leyaw - if i was there, i would have come to your aid hah!

Chong - hello, welcome! yeah, those are truly brainless... their children should slap them!

j or ji - not a very nice feeling eh?

Lim Sze Wei - if only ppl will use their brain more.

Elizabeth DL - China is a sad case. in a study, most actually are unaware of the damage cigg can do to their health. that's why, keep the population stupid, and they will do your biddings.

hikazew - problem is, others might die before them... sigh.

petite lass - we must stay away from them...

littlepolaris - and as a doc, u will certify that to be true right?

HAHAHAHAH bloody morons! if only there's a way to get rid of them (fyi i scold my boo if he cause inconvenience...to me esp =P)

And some guy in the club, they try to attract the girls, they will blow their breath on you!@#$ and don’t know what brand is it, my eye was very pain!!!! So I turn to him, and look at him, and fully shows that I'm unhappy and hate that, then he walks away…. Haha

Some friends told me, if you go club or with those smoker, then smoke with them together, cause be a first hand smoker, is better be a second hand smoker. *.*

And my smoker friends they know some time is smoke cigarette and cigar, they also turn aside for their breath.

i miss UK..yeah they smoke pretty much there..but at least the smoke din shrink their brain..

Kei - McD playground area? that's shite!!! should really shoot all these bastards. yeah, nothing to do and smoke, that's the usual reason. why cant they drink? or better still... DANCE!!!!

neno - hahahaha... you can never be too sure.

i saw a international professional dancer, champion.... smoking....||| i just told my friends, my dream gone. i tought those latin dancer will have a very good and healthy life style.... i think i'm wrong.... haha they just normal people like others...~~

Kei - 2 weeks ago, i went for a wedding dinner. there was once guy who smoked non stop. found out he is an oncologist.

I have no discrimination against smokers, but I hate those brainless, uncivilized smokers who blow the smoke towards me!

i is not a non-civic minded smoker but sometimes really can't help it wen d wind blows d smoke towards the non-smokers... den how???