The reason why diamonds are expensive is because it is rare. Not everyone has it. That is why diamonds have significantly high value. But if one day; diamonds started to drop freely from our ass-holes; how much would you pay

for diamonds then? Since we all have ass-holes (you have one right?), diamonds might just be worthless if such day is to come.

That is the general definition of value. The more there is of a particular thing, the less valuable it gets.

Perhaps this is why a few people mailed me asking how come the US$ is still so valuable (comparatively speaking) despite the fact that the US govt (the one led by your favourite Obama) keeps printing it? Since currency is no longer backed by gold, the value of US$ should be like shite, right?

Ya’ see, the US is quite smart from the very beginning. They made the world agree that US$ will be made as the international trading currency. Can you imagine all the imports and exports in the world are being done in US$?

This simply means that there will always be a demand for US$? The US$ can be dropping freely from the US govt’s ass-holes (I am referring to printing by the way), but the value of it will always remain. There are other factors but demand is the main force keeping the US$ going.

What do you think will happen if US$ is removed as the international trading currency? With its national debt currently standing as US11 trillion and US$ continue to fall freely from a very big ass-holes, the value of it may be US$1 = RM0.50? Could even be less! 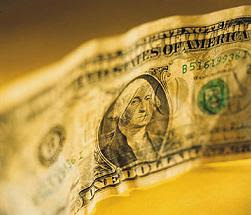 No one has the balls to suggest this for a very long time. Everyone is afraid of US military power. You don’t want to suddenly being told that Osama is hiding in your country based on some super reliable intelligence and hence, your country should be bombed to pieces. So, no one has the ball.

Well, someone finally appears to have balls. It’s the Cina; those from China. The Cina, backed by Russia, Brazil and India; made a call to break the US$’s dominance in the world trading arena. This is big! Of course, it may take years but it is big. If it happens, US will probably go bankrupt and a lot of Cina from Malaysia will really go… “Actually, I is Chinese”.

Aiyah… nothing will happen wan lah. Life here still good mah… I can still go shopping and swipe my credit card and storm the latest iPhone craze. Forget about the world lah, let us just continue with our happy life here…

diamonds have value not because they are rare..they are easily found in Africa. they are expensive 'cos of debeers monopoly in the past and media brainwashing that said a diamond is forever, women's best friend, etc. as a stone, it's not even very nice...

lol zewt, my little sis said y i keep scaring her with all these 'couldnt be the truth faker than movie' shxt....oh well

thnx 4 clearing my doubts abt the toiletcy value

eh i do it now

actually i am chinese lah

er.. forgot to add. gold got better value at pawn shop as when compared to diamonds. :P

yeah i think that was a very common question ppl asked but really had no answer..

There can be a couple of Osama doubles, but they have to only be spotted in the deep caves of Afganistan to ensure that bin Laden are not able to be captured, so that he can remain alive to take the blame for the war, and so that the war on "terror" can resume. (that turbaned CIA trained patsy's probably sitting in the cave high on some fermented but halal drink reminiscing the good ol' days when he fought the Russians without knowing (or pretended not to care) it was CIA sponsored.. ).

So if China open their mouth, most likely some new "Chinese terrorist" from southern China, a Muslim too preferably (unless the Japs open their mouth then no need to use Islam as an excuse because Japanese have their own Kamikazi, similar to that of Islam's Jihad ; these two elements will ensure a long lasting vendetta) may be created in order for China to be bombed in the name of combating terrorism...(Chow Yuen Fatt cannot because he's famous even in Hollywood now). So for the sake of not getting nuked.....ssyyyyyyyyyyyyyyyyyyyyyyyyyy

autumnmusic - :)... not many are afraid though.

Jed Yoong - well, i was just using it as an illustration lah :)

mistipurple - hahaha... heard diamonds cannot be pawned... thus, they are forever... yours.

but hor..i think then eating and cruel killing of dogs will become legal

msian municiple will be incharge of capturing while cina will be in charge of putting them in a pot >.<

Ya, the Great Depression started with the fall of stock prices in the US in 1929 and lasted until after WW2. It took a victory at the war to pull the US out of the depression. After that, we had the longest peacetime and enjoyed much economic prosperity.

None of the current generation and my generation has experienced the hard life of war and poverty that my parents had related to me countless time.

We still haven't seen the bottom of the current recession yet, and no one knows for sure if it will turn into a depression.

And with the new administration (which is the same as the old except for a few facelift and new rhetorics), we have to more realistic. Until people really want change, all we will keep hearing are promises and nothing more. And the sad thing is we are so easily fooled.

btw, i liked Pah Nur's take on US and its allies so-called "war-on-terror" which is really a disguise of their own terrorism, no matter military or financial.

u know in case WW3 break... make sure u run to me. those studying in russia are trained in war medicine. Lol.

No leh, footballer transfer is best quoted in pounds or euros, at least in European leagues.

joshua wong - yeah, our generation never experience hardship, which is why we spend money like nothing. the next generation is worse. this is why, i dont mind going through some hardship so that all can have a taste of how life is.