There are many of us who proudly proclaim… “If you can drive in Malaysia, you can drive anywhere”. Let me tell that it is nothing but a myth.

Perhaps that statement is true when a Malaysian take the wheel in countries that have no respect to traffic rules. But if one is to drive in true blue Malaysian manner in Melbourne – yes, you might rule the roads, but you will also lose your licence within hours. 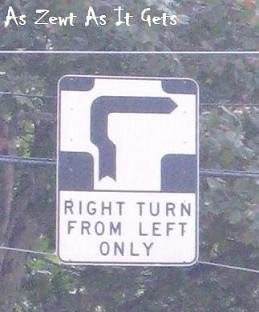 Cameras are everywhere and unlike here, cameras in Melbourne actually work. Most of the roads have a maximum speed limit of 60km/h with 80km/h on a highway and 100km/h on a freeway. During the few days when I was driving there; half of the time I was looking at the speedometer.

When making turns, you are to give way to pedestrians first. In most parts, you will also have to give way to trams and stop for tram passengers to get up/down. Basically, motor vehicles are the bottom of the food chain in the traffic rules; a complete opposite from here. On top of that, they have a very unique rule called the “hook turn” where you keep left to turn right. Yes, you read it correctly and yours truly actually did one that… successfully.

Maybe you’re thinking now… “Yeah, we may not be able to follow the rules but we Malaysians are skilful drivers!” Is that so?

On top of that, I noticed one very peculiar thing… most cars (like 85%) in Melbourne do not have a reverse sensor. No, I am not talking about old cars; I am talking about relatively new Accord, Civic, Altis and quite a range of other cars which you would expect to have reverse sensor.

Manual transmission… no reverse sensor and most of the car park spot in the city are parallel based… so u seriously think Malaysians are skilful drivers? 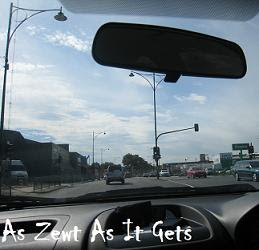 Of course, there are a blissful side about driving in Melbourne… perhaps we can talk about that tomorrow…

P/S: In case you are wondering, the car I drove was on manual transmission and does not have reverse sensor.

2 years go… I hate it but I have to do it… Of parking, toll and a kick ass video
A zewtpinion by zewt at 12:33 am
Email ThisBlogThis!Share to TwitterShare to FacebookShare to Pinterest
Labels: Melbourne tales, Use your juice, Zewtravel

Msian driver wont even able to get of the junctions...

They called it Organized Chaos!

As a malaysian driver myself, yes i agree with you that the statement is a myth.

Having been driving in the US for couple months and having driving on the right hand side, it's utterly different from Malaysia.

In the States, pedestrian always on top of the food chain. They have this crossroad STOP sign where the cars have to queue up to cross, observing the First Come First Serve basis - ergo whoever reaching the junction first will have the priority of crossing the junction.

Then they have this Right turn priority where you can turn right at the traffic lights even if it's RED light, as long as there's no on-coming traffic from left.

Well the good thing is that I've learn the basic principles of driving patience in the States. Hopefully I won't kena bully when I'm back home lol.

Oh yeah..ALL cars, trucks, pick-ups.. ALL vehicles here do not have reverse censors. I stand by you for that. :)

Melbourne has such extensive network of tram lines. They are on the sky, they are on the road, like spider web! I miss Melbourne so much. It is just that the drivers there are much much more considerate than we have here.

i wish to have a driver to drive me around in melbourne :P

Do u also realise that the roads and parking lots in Oz are also much wider and bigger than ours. Everything there is also orderly in so it makes rather predictable whereas in Msia its the total opposite.

I do not feel that driving in Oz is more challenging. Just that there are things, some are not familiar with such as the hook turn, pedestrian crossing, trams, etc.

Btw I have seen many parking accidents when I was in Oz. And what do most of them do? Just drive away and shirk off the whole incident.

haha i was confused for a moment of such turning, i thought where on earth in Malaysia has that kinda signboard and turning ...

are you sure that auto transmissions are mostly owned by I-must-show-off Asians???

its once upon a time mayb truth, well back in the 80s-90s, most car memang manual w/o sensor mah hehe

abt tat hook turn ah, wat abt those car on the rite wanna go straight? have to wait for those turn rite car?

purpose of the article: zewt a skillful driver

Here in Malaysia, you may know how to drive, but that does not mean you know how to park. That's the reason for having the sensors. Haha!

I'm driving a manual car too and it's killing me during traffic jams!!

oh yeah the hook turn! i've not driven in melbourne. but when i was there for a holiday, i got pretty confused as to how to cross the road because i was afraid that a car doing the hook turn was gonna crash into me! and then i realized that in melbourne ppl actually give way to pedestrians!

I miss my reverse sensor! A lot of cars incl Camry and Accord do not have reverse sensors here. A pity, considering cars and pedestrians never bother acknowledging cars that are reversing out of carparks.

But the good thing is most parking spaces are huge (to accommodate Land Cruisers and Hummers favoured by the locals, I guess). Most of the time I can comfortably drive into a space head first (I'll probably have to avoid side parking when I come back because the parking spaces are so tight!! :D)

But I must say, having driven on msian roads has prepared me relatively well on uae roads. I have heard westerners shudder and complain abt the drivers here. That's the problem about coming from such a civilised driving country!! :D

This happened in UK. We were waiting to come out of a junction to the main road. But there was a long queue on the main road in front of us due to the near proximity of traffic lights. The driver that would have blocked us on the main road, actually stopped slightly further away leaving a gap in the queue so that we could join into the main road once the lights turn green. How's that for courtesy, eh?

but it IS an old car. old PROTON car. With no reverse sensor too!

Malaysians are not exactly good drivers, just accustomed to doing stupid and selfish things. They are as much a danger to others as they are to themselves.

Anyone with a good common sense can be a good driver. Thats why men are generally a better driver, right? hahaha....

What's this preoccupation with classifying driver according to countries? Good and bad (and in between) drivers exist everywhere regardless of nationality.

And doesn't matter men or women, I've seen both simply cut into my lane w/o any signal forcing me to brake immediately and forgot to honk (aiks).

But I would really love to do away my reverse sensor, it's so annoying, ringing like mad even though there's over 2m left...T.T

Anyway, good to see you back writing again zewt ;)

johnson tee - worth to make a trip back bro...

Cruel Angel - haha...so we are still very far behind eh?

wings - hello, welcome to AZAIG. yes, malaysians will only be great in malaysia. probably that is why many refuse to come out from their comfort zone, citing a good nasi lemak as the reason to stay put.

jam - melbourne is just an airasia ticket away :)

pinknpurlizard - really? they walked away? damn them!

lisalicious - yup... most of the luxury car anyway. most native australians drive really old cars. to them, car is purely from A to B, nothing more than that.

foeva anon - hahaha... skillful leh... hook turn, the cars are supposed to wait on the left first... maybe i will explain in great detail later.

foongpc - too many lesen kopi, that's why!

lingzie - yup... u can just dashed into the road and the cars will jam break for u.

kat - really! no reverse sensors there too? i guess we malaysians are just too pampered, we think we are great but we are nothing. courtesy does not exist in the vocab of malaysian drivers.

Rin - i am just trying to say that breaking the rules here doesnt make malaysians good drivers around the world :) thanks for welcoming me back...