His friends her friends 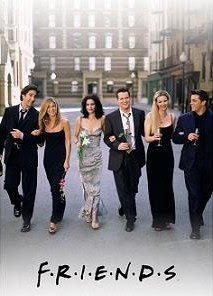 The only time when someone can actually become “our friends” is when a couple meets this new person after being together. If otherwise, friends tend to belong to either him or her. True?

Long ago, I had a debate with a now ex-colleague regarding this. She did not believe in this friends segregation notion. She was very adamant that her boyfriend’s friends were all her friends too. Of course, I didn’t agree with her.

To justify my stand, I asked her a simple question… “Will you hang out with your boyfriend’s friends without the presence of your boyfriend?”

She didn’t answer my question, well, not exactly. Her reply was something to the effect of “Yeah, I get what you mean”.

I think one of the most important criteria of being “our friends” is when the guy or girl is willing, and comfortable in hanging out with his/her friends without the presence of the partner. Without that, friends will always remain as his or hers.


2 years ago… Is your ticket reflective… The reason why… Fire!
A zewtpinion by zewt at 1:23 am
Email ThisBlogThis!Share to TwitterShare to FacebookShare to Pinterest
Labels: Use your juice, Zewt on Relationship

yup, i agree. i can never get very close to my boyfriend's friend. no matter in what circumstances, where we meet or how we meet, i just can't see myself having a cuppa and chit chat with them.

definitely agree..... sometimes it is hard to justify too.

if your friend is willing to hang out with her boyfriend's friends without his presence. don't you think the bf will get upset thinking the girl wanting to control his life and not giving him "his space" ?

yeah agree totally :) but we all have lots of different kind of friends ya... friends come and leave... and it all depends on us, like fufu, he could just get along with his friends' friends well without their presence =p anyway sometimes, it's not always good to have many friends XD

I have a fren (girl) who would not go out or even be in the same car with her other guy frens (some of which are long-time childhood frens) without another girl present. This was when she was dating some guy (who was a big drunkard of a loser). She thought that if he or his frens saw her, he or they would think that she was cheating on him.

She's the only case I know of paranoia and insecurity bordering on stupidity. And yes... couple of times, I had to be 'chaperon' =.=

agree, it is either his frens or my frens, may have 1 or 2 exception case whom we were both friends with before "coupling up".

you can be close, its just that you choose not to be.

yeah, ive always wanted to be friends with my bf's friends! and i do agree its only possible when a couple meets each other during a group outing or something.

my partner and i, we keep complaining that we need friends, like OUR friends, so we will be truly comfy with one another when we meet in a group.

but we're trying to know each others' friends more! :)

Agree. but it's not all black and white. Sometimes that other friends would slowly evolve to become ur fren.

brings me back to a conversation i had with a colleague. his newly wed bride wouldnt let him hang out with his colleagues...and so he invites her to come along - she wouldnt. that sucks.

There's another kind of scenario. Sometimes you get so closed to your love one's friends, and you can actually go out with them without your love one's presence. Though this kind of friend does not come often in your life:)

Well, everyone has their own circle of friends. It's up to the couple to work it out if they want to hang out with a particular group.

totally agreed. ur partner's frens are not some joint-name bank account. some of the interest was due to the deposit for a very long time. sudden chip in is not fair unless both party is ok wif it.

Agree! Unless the couple share the same group of frens then becomes "our fren". But other than that, i feel it's his/her friends. Not that hard to understand, I feel. hahaha..

Yes, unless his female friends are cool with shopping with the girlfriend, then it's ok..

bosscat - hahaha... you have a point there. can be very real.

fufu - do not need to have many friends, just a few real good one can do the trick too.

pinknpurplelizard - that guy cant be a loser since he has such a grip on your friend, no?

serenemai - first, you should know each other first :P

dan-yel - not that easy... takes a lot of time and effort.

Elizebeth DL - not very often at all. that's when they become your friends. no more borders.

missironic - but is it easy to accept?

Agree. But i will still call "them" my friends instead of my boyfriend's friends...

TRACE - even in front your your bf?

He's nearly 40 and has never held any full-time job for even 1 year. He is an alcoholic who has to drink alcohol everyday. He lives off his retired father. U still don't think he's a loser?

Btw he once approached me to open a F&B outlet with him. A JV. When I probed him further on why exactly he wants to open an outlet, do u know what he said? Let me quote him,"So that I can drink my own beer and don't have to pay for it."

whats the situation u talking about?

I can agree with u.

However, I ended my relationship with my ex and his friends call me for drinks/catch up/day trip.

What about friends that he introduced and they introduce other friends to me only? Does it consider as his friends as well?

pinknpurplelizard - his reasons for opening the store... unbelievable...

TRACE - i mean, in the company of your bf, you will still refer to them as "them"?

jessbabe - i have to admit... in your case... it's just too complicated. and since your relationship has ended... i guess there's no more his/her friends.

yes. unless people want to know exactly how I know "them", then explain was introduced by my bf lo..
afterall, I dont hang out with "them" without my bf's presence.

TRACE - that's exactly what i was saying...