Between pride and necessity

I met up for lunch with a good friend of mine who happened to be in town today. This particular friend of mine is from Germany and believe me when I say that he is very proud of his country’s achievement and position amongst the Europe elite.

When you talked about European economy, he will tell you how well is Germany doing. Also, he is one who takes a lot of pride in German product. When I travelled to Cambodia with him a few years ago, he used only Germany made moisturiser and sun-block. His toiletries are also mostly German made. In the lunch today, he talked about how he went on a German made high-speed train when he visited Shanghai a few months ago.

He is one German who takes much pride of his German pedigree. 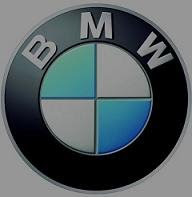 Naturally, the conversation we had today led to the quality of cars and we all know that luxury cars such as Benz and BMW are from Germany. And so he talked about such cars are really quality. One must also realise that VolksWagen is also a very good German made car.

It was that point that I mentioned to him that I have been thinking of changing my car for a while now. When asked which car, I told him… BMW, and I wasn’t pulling his leg.

“Zewt, what is wrong with you? Have you got too much money that you don’t know how to spend?”

Naturally, I was shock to hear such a comment from him. Here I am supporting his country’s product that he seems to believe that I should do otherwise?

“Yeah, it’s a good car, but doesn’t mean you have to get it. Your car now is perfectly fine”

He has a point, my car now is fine actually. A new car for me right now is more like a want than a need. But what surprised me most is that this very proud German friend of mine actually thinks that I should not get a German made car.

He went to say that though the car is quality, the current car that I am having now is serving its purpose perfectly. But what is most enlightening is that this particular friend of mine could draw a clear line between taking pride and necessity.

But for most Malaysians, owing something luxurious, though not a necessity, gave them a sense of pride, isn’t it?


1 year ago… Healing of the soul

2 years ago… Those typo experiences… A glimpse from the other side… A Zimbabwean tale… Good or bad, let it out
A zewtpinion by zewt at 9:55 pm
Email ThisBlogThis!Share to TwitterShare to FacebookShare to Pinterest
Labels: Boleh-logy, Zewt on Life

Your friend is perfectly sane and wise too!

Oh well, I think I'll just stick to my old German car then.

Haha. I admire that friend of yours.

When the vehicles are expensive, yes, then it is a pride to own them. Do you know that japanese cars are more expensive than BMW and Benz in the USA? I think it's the taxes that make German cars expensive in Malaysia. Govt wants everyone to drive Proton!

I'm from the school of thought where everything is bought for a purpose.

Thanks for sharing this enlightening conversation you had with your German friend.

It speaks volume of why German is so advanced - their mentality.

Anyway Zewt, i think you deserve a BMW.

Your friend speaks with substance. :)It shows the mentality between us Malaysians and Germans. I have a German friend too but he uses a Honda saying that its reasonably cheap and reliable. He respected highly on his own country and also Japan for their reliability and practicality. Some Malaysian cars are good wat. I've been using my Kancil for 9 years and still happy with it(generally because of digging through a small parking space).

wah so shiok ar..can afford to think of changing to a beemer..

well times r bad..it is common sense( which some ppl lack) to not change car!

Well, even if you dont get a German car, you'll always know that u have a great German friend..

HappySurfer - well, if you already have a german car...

Aoki - yeah, to myself as well.

Ai Shiang - really? jap cars more exp than continental in US? wow... i must go live there :P

Fi-sha - hello. if only we all know how to be contented with the things we have... the world would be a much better place :)... i may deserve a it but i dont think i need it :P

Kimmy - i think malaysians are cursed with the need to show off.... it's a kampung mentality...

constantly craving joe - well, could be a good time to look for bargain... :P

vegemaster - he has always been a good mate to me.

I think your friend is wise. Anyway, I don't believe in getting new and expensive cars cos (1)they make terrible investment, (2)you get targeted by robbers.

Just stick to the present car as long as it can still serve you well, right? : )

Hahah, at least your friend actually knows what he's doing and talking that time. There's that visible boundary between us, the typical Malaysians and other people of other countries I guess. I'm not saying it's only us Malaysians though. It goes by individuality I suppose, how you're brought up, how others influenced your way of thinking.

Certainly, your friend is unbiased in a way!

to asian people, the car represented status in society and of course, every man in the country would look forward to own a luxury car... but i do think that there's nothing wrong with it as long as you have the spare cash...

I was thinking of the same, that is to upgrade to a BMW or Golf GTi. I have to admit my current car is serving its purpose very well, efficient to run. After some thoughts over some weeks/months, I decided against getting the luxury car. I'd rather spend that amount of money traveling.

I'm sure the bavarian boys back home will not be too happy with this fellow German. haha...

So now we know that the Germans are not only very well organized and efficient but they are also very practical.

Btw, I think the policy to maintain the extremely high prices for cars here is not only to support Proton alone. Many are reaping lots of money just by dealing with APs, look at Naza. And don't forget the biggest beneficiary that is the banking industry.

Hehehe, I did consider the same thing, but I think I'm sticking to my ah pek little Japanese car.

Your friend is a good friend. we should not go for luxurious items now if it is not necessary. sometimes we will buy something that we don't really need and end up wasted the money. I did that sometimes and working on changing this.

actually i was also thinking of getting a bmw hehehe... especially after looking at their financial scheme and the 3 years waranty.. wow salivating!

foongpc - sometimes, temptation can be quite hard to resist :P

littlepolaris - sure boh... study medic and be specialist... instantly can afford one already.

Jacy - hahaha... after all the reasoning... u are not like that eh?

Cindy Khor - haha... i dont think i have reached that spare cash yet.

leyaw - haha.. banking indusry does get squeezed u know...

Superman - yeah... buy things we dont need with money we dont have to impress people with dont like... :P

Is this the same logic as when people who complains about Proton still drives Proton? It's still more practical for the kind of money we earn.

Yvonne Foong - well, i guess complaining is an avenue to "release" our anger.

OMG,i love such type of ppl! tats y i love to read ur blog too! u guys r really damn thoughtful...

charlemagne - yeah... pure wisdom isnt it? refering to my friend... :)

Wow... we have something in common. BMW is also my fav car, especially 3-series. Did you mean the 3?

Well, as for in Europe, cars are cheaper than Malaysia. I was so shocked when I saw how the prices are so high there. You have so cheap food, gas, rent, electricity... almost everything! But cars are so expensive! Especially the German cars.

And my last comment is regarding Germans. You really nailed it. 2 months ago I wrote a similar post about how Germans always want to be number 1 and the best. And same goes for their product. They travel abroad and complain it's not clean and neat... sometimes that's too much. I like their products and country, but if they get too full of themselves, it annoys me... I had Germans complain on my blog. You?

MKL - yeah, the 3 series. for my age, anything higher than that just doesnt fit. nah, no german complaining here yet... dont think i have german readers haha