To capture the Rapture

When I was still in my teenage days, me and my friends who are mostly Christians used to joke about how if any of us wakes up one day only to find the rest of us have gone missing, we should be pissing in our pants. I remember how we used to laugh about it and talked about a few scenarios how that could happen and how we would actually react to it.

You must be wondering what is this disappearing joke all about…

Well, after peace has been bestowed upon middle east, it was interpreted that the much anticipated “second coming of Christ” will take place. Trumpets will sound where the whole earth will hear and His glory can be seen throughout the earth. He will then come riding a horse in the sky.

What about the disappearing act then, you may ask… 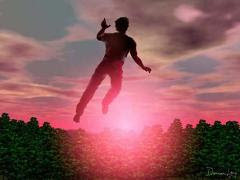 So there you go, with some being lifted up to the heaven and some left behind, Christians should be pissing in their pants if they wake up one day only to find out that a majority of Christians have disappeared… don’t you think?

This part of the prophecy is called… Rapture.

There are of course many interpretation of Rapture but like I said earlier, this is the version of eschatology that I subscribe to.

You must be wondering right now that is this “mark of the beast”.

In the book of Revelation 13:18, it was stated that the mark of the beast is a man’s number. It is 666. Now, I am sure many will be thinking that no one with a sane mind will have 666 glamorously tattooed on one’s forehead. Will it be possible then?

Still, will anyone actually put a bar-code on one’s forehead?

You know the new wave credit technology? I was told that there is currently a new technology being developed where one can implant a chip into one’s body and that will actually remove the hassle of carrying a credit card. This new chip will have information of everything, something like what our MyKad originally intended to achieve. I was also told that research have shown two best places to have this implant… the forehand… and the forehead. Interesting isn’t it? 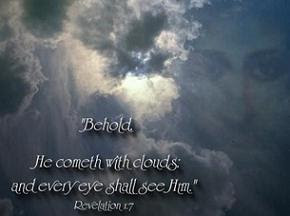 Coming back to why Christians should be pissing in their pants if they failed to capture the Rapture… Well, the next event based on this interpretation of eschatology is the “7 years tribulation”, something the bible didn’t portrayed as “pleasant”…

And you think the bible is all about telling you to do good and Jesus’ life huh?

P/S: Zewt is not a bible scholar and the above is purely personal opinion.
A zewtpinion by zewt at 11:57 pm
Email ThisBlogThis!Share to TwitterShare to FacebookShare to Pinterest
Labels: Christianity, Eschatology

Hahaahaha...Your suspence is as good as da vincci code babey!! Hahahaha..Scarry but i like it :) Come to think of it, are we facing the tribulations right now? Maybe huh?

I once emailed the inventor of the UPC barcode (the type that you show here). he wrote back that indeed the three longer lines are 6, 6 and 6. (if you look carefully, you'll find that the double lines above the digit 6 match the three longer double lines.) he said that he chose the number 6 randomly as a divider for the machines' reading, and that it was just coincidental. just as his first, middle and last names each contained six letters. just a coincidence, he said...

alas, that was years ago, before Gmail with its huge archive space, and I've lost that email...

Looks like I did suck that old email into my Gmail when I IMAPed my Outlook archive.

I emailed him on Halloween 2000, and he replied on the same day (awesome guy). This is the link he sent me:

666 in the UPC, six letters in each of his three names, emailing him on Halloween... all coincidences?

end times...i always like about it, and also about the last book in the bible. reminds me the time i got saved because i heard the story of end times! aha..

well, i am not very sure about this but i was just enlighten about the book of revelation a few days back - often we always think that it's is about the future, the book is something about the future but when you really look at the title, it's actually called the Revelation of Jesus Christ. It's not the revelation of the future.
I might need to read it again...but as for 666, the number of man-true, but this book is full of signs and symbols..
u can see it this way, it is put on the forehead and hands - could mean that men at this age is depending totally and only on their head and their works, no longer God.

i am not sure if everyone will hear the horn or Jesus comes riding on a horse...

but it will happen in an age of great prosperity, where people enjoys themselves, merry making and such...like in the days of Noah...

yes brother, have faith but let's do our part in this world while Jesus tarries for awhile longer...

let's be like the maidens who have sufficient oil to wait in the night with their lit lamps...so as when he comes, we are prepared...

That's why I love BUSH!

He will never let Middle east has peace so the revelation will not come true!

Aoki - hahaha... so i should consider writing novels eh? i have a sudden urge to write fiction actually... i wonder how will that turn out.

Passionista - hahahaha... i shall go home and read it. you may also consider reading the middle east booklet one commentator posted in my previous entry... good read there.

Lynnwei - yeah, at the end of the day, it's all based on interpretation. there is also another analogy which states that ppl will then only function with one hand... just like how we look when we are in front of the computer with one hand on the mouse.

myop101 - yeah, but we are not exactly doing a good job preparing ourselves eh? hehehe... ok ok... must have faith... give Christ the Christmas He deserves this year...

Edi - what about obama then?

Behold! Zewt, the prophet of Doom! Repent, the end is nigh!!!

so next time snatch thieves will have to slash heads off to get some money? hhaha ;P

Yea... A lot of bible scholars and other lay people have been saying that the bar code could be the mark of the beast... :-)

more on the UPC theory...

to me, it's just fun speculation; it would make an entertaining movie.
but I don't think that it or any other physical device would be the "mark of the beast".
why?

Revelation also talks about the "seal of the Lamb" being placed on the foreheads of the chosen ones.
if the mark of the beast is some kind of device or physical mark, logically the seal of the Lamb would have to be one too.
kind of like Intel/AMD, Windows/Mac, Google/Yahoo! :).

sigh. so many possibilities.

I've read about that new technology where the chip is implanted into the forehead or forearm as described by you. That was back in 1999. My school's CF teacher advisor found a piece of news on that from the Singapore papers, stating that the technology was being developed and tested.

All my friends got so nervous after reading it cause we were all newly exposed to the interpretation of the book of Revelation then.

haha...maybe that's true too! ahaha....internet is really gaining it's place in our life..more and more...

dont really know if it's a good or a bad thing...

jlshyang - too much to read... but i will spare some time :)

passionista - we can only speculate.... which is fun indeed. but as long as we stay within the path, that's the most important thing.

gracieq - ahhh... i remember the rush of panic too... when yasser arafat said he has brokered a peace deal during 2001 i think... hehe...

lynnwei - well... we must stay in the light, and be salt that we're called to be. once we do that... forget the rest :P

In less than 20 minutes online, a person can find out how barcodes function. The system is a "standard" of fractional separations of bars and spaces just as all weights and measures are standards. The start, middle, and end characters are part of that standard. The numeral 6 is similar but specifically different. The two bars at the start, middle, and end are not 6's and never have been.

To those who claim Christianity as their faith, do a little research before assisting in the spread of false information which by the way is a form of gossip. As I recall, God takes a pretty dim view of that: "...a false witness who speaks lies, and one who sows discord among brethren"

One of the saddest aspects of Christianity is that Christians are humans first and Christians second. We all want to be important in some way to our fellow man, so we invent or spread falsehoods that sound good to like minded individuals. Unfortunately, when these untruths are exposed, Christians all over take the hit and potential souls are lost because of a lie, whether intended or not.

Prophesy will be fulfilled and no one will stop it. Whether it's barcodes or actual brands of 666, one can only decide to praise God or not.

dan - well, this is why i said from the very first installation that i do not represent any specific theology, this is my personal interpretation. do not need to bring down the whole religion. only me.

@dan - You are right, it's a sad aspect of Christianity, but let's not generalize.

I believe most Christians spread what they "believe" is true, and speculate when not sure. It's not really to "invent or spread falsehoods that sound good to like minded individuals." I think expressing one's opinions is not a lie, intended or not or whatever. Besides, there are levels of Christian growth; each to his own.

About the potential souls, I believe any potential souls are lost if they are destined to be lost. But the Word says that no man can pluck them--the sheep who hears God's voice--from God's hands.

@ zewt - By the way, personally I believe the mark of the beast is not about the bar codes, but I think it's of no account now. I appreciate that you brought up this topic to shake us a bit once in a while. ^^

melisa - hello there. well, like u said, we curious beings just like to speculate, particularly when it comes to stuff which we cannot solve via the scientific route. the eschatology series still need a final instalation actually... haven't finished it yet :)