If your boss wants to axe you...

Seems like Development Bank of Singapore (“DBS”) has taken the lead in wielding the axe. Last Friday, it was reported the DBS Group is cutting 900 jobs in an effort to control escalating costs in the light of the current economic crisis. With so many investment banks in Singapore, such trend is expected to continue. 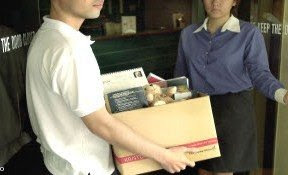 Just today, I was told via an e-mail that a particular Big-4 accounting firm in Hong Kong will be lining up similar fate for their non-performer. It is expected that such activities will begin to pick up pace this month as I was told job-cutting usually will not take place in December due to Christmas. Talk about empathy…

What about Malaysia then? Are you afraid that you will lose your job?

Now, if such corporations want to cut jobs, I think they will attack HK and Singapore first and probably spare Malaysia. Why?

Can you see what I am trying to get at?

Most, if not all multinationals consolidate their results using US$ as the common currency. So when they convert RM10,000, SG$10,000 and HK$60,000 into US$, they will realise that Malaysians (those residing in Malaysia) are the cheapest of the lot. So if you are looking to cut cost, where should you attack first? 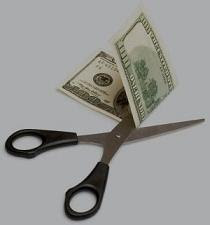 Like the saying goes… someone has to do to job, unless the company goes bankrupt. So don’t be surprise if suddenly, Malaysians are promoted to regional roles overseeing this part of Asia. After all, it’s quite economical solution. But while we may get to keep our job, that doesn’t mean we will get a raise though…

So if your boss wants to retrench you and if your company has got operations in Singapore and HK, you may want to ask him to promote you instead.
A zewtpinion by zewt at 11:08 pm
Email ThisBlogThis!Share to TwitterShare to FacebookShare to Pinterest
Labels: Modern Slavery, Zewtconomics

so are we suppose to be glad that most if not all of our countrymen are underpaid compare to those from other countries???

Re. previous comment. Underpaid? Can't be worse than me - drawing a measly pension...but then I'm better off than A LOT of people who are now jobless! Somebody said don't change jobs during these uncertain times as if there's a retrenchment, it will be last in, first out. Was it you, zewt? Can't remember...old liao!!!

Here's the irony... My boss is planning to setup a company in HK and yet, he is thinking of cost-saving measures such as pay-cut, no bonus and the retrenchment.

The HK plan is going on despite the slowdown, where many of the staff have been on the bench.

Anyway, just my two cents. One place I worked for leaked rumours about staff retrenchment but never did it. But the rumours were potent enough that lots of people (both performers and non-performers) resigned, which served the company's purpose of axing staff without any compensation.

such is the weird situation we are in...

then again, you can't replace experience and know-hows with mere comparison of costs. not to say Malaysians are inferior in any sense. just some work are less equal than others...

HUm...DBS is not the only com who going for retrenchment.. heard from my friend that Merrilyn Lynch ( did i spell it correctly ) just finish "chopping" their staff.. going for another round next yr - if i'm not mistaken

zewt, here is one slave who is short of being axed but the fate ain't that good either. Am working for an MNC with operation in Cyberjaya. And we're being acquired by another company. Uncertainties is everywhere, just when we thought we're safe... *sigh*

sooky...
I guess....you are talking about moto.

with mentioned of retrenchment everywhere... it's no wonder people are holding on to their jobs now. i guess i'm a lil different from the others. i have just resigned from my job. am looking for a job now, well.. surprisingly, i have been called for interviews more than 5 times. so as much as the retrenchments are happening, there are still companies who are hiring.. salary wise, i can't really comment though.. ;o)

ahh..so this is the only time working in a small company is good?

it means our jobs are secure...

Those in the Ministry of Finance will like such posting. You have off-load their worries.

Senior staff are most likely get the sack, because they generally have higher pay. Good luck if you are senior...

Singapore has reported 2 straight quarters of negative growth. However they still do not admit to being in recession.

Other thing is Sg is very export and import dependant. How will this affect them?

NoBle - never.... but who knows we will be in such position now?

suituapui - seriously... who are jobless? i have yet to see anyone getting retrench in malaysia.

Angie Tan - i wonder such rumours leaked with the intention to create such reactions. honestly, i have never heard any massive retrenchment exercise in malaysia.

amanda - well, in singapore... everyone is cutting.

sooky - sorry to hear that. well, raise your hand and say you're willing to work more! :P

gRaCe - yeah, i am trying to recruit someone and is really facing difficulties.

pablopabla - hahahaha... i know what you are thinking. no, i didnt ask for it. but i know it was coming anyway.

ummie - hahahaha.... i dont mind receiving some gratuities for that.

khengsiong - not really, i think the usual approach is LIFO... last in first out.

pinknpurplelizard - they already admit that they are in a recession... only malaysia is denying it. even UK has admitted to that. china...9% growth... said they are slowing down.

I think i must have been a bit outta date. Coz after I typed my comment then only did i hear on the news that sg admitted to recession.
LOL! Tertinggal zaman
Malaysia boleh to anything mentality doesnt help also. I hope the gov will start admitting the problem and not hide it too long. They're still trying to prop up the stock market.

It is very bad in China now. a lot of factories closing down everyday and my hubby, very big pay cut, no bonus... gosh!

pinknpurplelizard - the market is dead... effectively dead. ask any broker and they will tell you that. sigh... all our money...

vivianz - hi there, welcome to AZAIG. well, you can always come back to malaysia. :)