Like I mentioned yesterday, some wanted to know the actual ending of the story I shared the day before. Well, to be honest with you, the reason why I did not finish the story in the first place was I was afraid I might offend some people. But I am sure many of you are all open minded people so… here goes...

Mary was recovering well after the deliverance when her aunt came and visited the family. Needless to say, the story was made known to her aunt. Mary’s aunt, trying to be safe, then brought Mary to a temple and asked for a ‘fu’ for Mary. For those who don’t know, a ‘fu’ is a yellow piece of paper usually folded into a triangle which is believed to have been blessed and protect the bearer from evil.

Mary, being the naïve girl she is; took the ‘fu’ and that night itself… the moth returned. My friend immediately brought her to see the pastor and when asked “what is your name?” again by the pastor, Mary trembled… grabbed a pen and wrote down… 7 names… 7 different names.

She had to go through a second round of deliverance which was again, a very long process. Someone commented that Mary should have seen a Taoist instead for a “faster cure”. Well, it appears not, at least not in this case. In fact, seeking the counsel made it worse for Mary.

When it comes of supernatural situations, every religion has their own story to tell. You may have heard about how a possessed soul was saved by a pastor or a priest and the other may have seen how a talisman protected a soul from the evil one. The thing is, every religion has got their glory days.

Being amongst Christians most of the time, I am exposed to more deliverance in the Christians manner, and how God over-powered evil spirits with one particular story happened in Genting. Some of these stories are quite incredible and faith boosting. 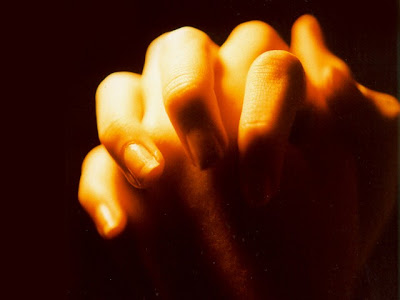 Then there is this phenomenon where the one can talk to the dead via a Taoist medium, called ‘mun mai’ (directly translated as ask rice). A friend of mine, who is a Christian; actually went to such medium and been through the process before.

How was his experience? Is it real? What’s the Christian explanation behind it? That is a story for tomorrow.

Oh, I just have to share this video with you guys. It’s absolutely hilarious and no matter how many times I watch it, I still laugh at the punch-line. Wanted to wait till Friday before showing this but I just can't wait… have fun…

A zewtpinion by zewt at 11:22 pm
Email ThisBlogThis!Share to TwitterShare to FacebookShare to Pinterest
Labels: Supernatural

Hey, potong stim... got to wait for the next post ar?

LOL!!! Video was so funny i messed my nail polish cuz i was laughing so hard!

Thats some killer jokes there!

I would love to hear the Genting story too. Those Genting authorities cover up the murders in hotel rooms by giving money to those witnesses. But who can actually keep their mouth shut when u face this incident for the first time? Haha...

oh yes, my family did went to the medium before we turn to Christianity.

ps: Dun really remember those spirit of the coin experiences... but thank god no untoward incidences!

lol @ the video.. I'm waiting eagerly for the Genting story. :)

shall wait for more of your story!

zewt,
From your illustration in the earlier post on this series, the moth is The Atlas moth, a moth common in Malaysia especially where rambutan trees are abundant. It is indeed very large compared to ordinary moth. For our entomology class which ia a study of insects, The Atlas Moth is a prized catch to display among the various insects in our insect box. We will collect them from the rambutan trees while in its pupal stage and keep it till it breaks free. What a surprise it was when on the day it emerges from its cocoon, we would wake up to see a large insect coming out from a comparatively small cocoon.

Personally, I think there are many of those mediums out there who are nothing but scams! Be it taoism, buddhism, christians or islam mediums... a lot are just scams!

Having said that, there are also true ones out there, of course.

hmm..probably clashes of exorcism frm 2 religions tat y got worst..lolz..i tink it comes down to who u blieve most..i mean which religion..if u blieve in christianity then go to see the pastor/ Father..n if u're more to buddhism then go to the monks...i dun tink its such a gud idea to jump here n there..i mean..tis r spirits we toking abt... they r real (for those who blieve) if juz pakai hentam, can bring a deadly results..

hmm..to me i think man mai is fake..maybe some really really good ones might be true..so far the one i saw was er..so fake

They tell him that he should be dead
Radionic thugs are getting in his head
He sorts it out by sound and vibe
Knowing that it's all true and it's a lie
In your head ...

Tries to wrap his car around a tree
But his vehicle never lets him down
His lot is hard but he don't mind
Destination written clearly underline
In your head ...

Invisibly he duels without a gun
Impervious to everything but western sun
He breathes in eastern air
Bullets flying past him but he don't care
After the light enters the eye
It's all the truth and it's a lie
With evil creatures lurking underground
Why are luck and love among the things you've found
In your head.

wow..haven't heard a real exorcism story before this..I mean, the ones I watched from Exorcist doesn't count wat. Can't stand these stories. Chilling...

seems like religion stories are starting to creep up.

personal point of view, a person can convert from one religion to another.
A person can be a free thinker, a person can have 1 religion.
but i cant stand those who has 2 or more. they just say that they want to get more blessings.

which god will be happy with this? ok, so your bf/gf do not mind you to have anotehr partner?

Wow, your recent topic on this has certainly helped me understand more about different religion's views on spirits. All these while I just thought yeah, saw a spirit, let's go to the temple. Never have I known there's such complicated processes. lol. And I thought those deliverance thing only exists in the movies.

Anyway, putting that aside, thanks so much for having the video up. I almost choked of laughing. LMAO!

My tummyache whole day! From laughing too much! Damn it, Zewt, this is funny crap!

Mandeep Gill - i keeeeellll you!

kyh - genting story is from a friend's friend so i doubt its authenticity... but i will tell the man mai story.

anthraxxxx - good to know we are all in Christ now.

Rashikaps - genting is famous for lots of ghost. but i cant tell much, lest i wanna get a law suit.

purple mushroom - indeed... there is a liar is all area.

beeranyone - ok... i think we should go for a beer ant talk more about this.

ahjohn - hahaha... tat is true. like christians who are superstitious.

SWei - wait till u read the next story.

lovie - hahaha... i can watch it several times.

'hello i'm Lindsay Lohan'
haha... what a way to mock lindsay for being super thin!

liyiester.c - hi there... welcome to AZAIG. i actually didnt get that joke until i read your comment.. thanks!

Btw, though I am a Christian myself, I believe there's this "mum mai" thing, i went through that with my relatives. Pretty accurate but those evil spirits...

b@bylor - you should read one of my recent entry called talking to the dead.