Those babes and their…

As I have briefly mentioned, I spent a short stint working in China a few years ago. That short stint was filled with many eye opening and experiences. One of which was when I asked to play in the inter-department football tournament.

The guy who got me into the team was this man by the name of Feng (mandarin for “wind”). Feng is the person who handled my work permit and other immigration related matters.

The entire team can’t really pronounce my English name. I am fine with people addressing me in my Cantonese name but to be called in Mandarin was rather weird. Hence, I am known as “shi-chi-hao” (number 17), the number of my jersey.

And so, we were in our final group match. And because it was a match that we had to win, my fellow teammates managed to gather some reinforcements. They came in the form of female colleagues who were kind enough to act as our cheerleading team.

Well, some of them were pretty hot looking. So I told my then colleague who is also a Malaysian and also happened to be in the team with me that it was the first time I ever had such a competitive match with proper pitch, referee, pre-match procedure and now… hot looking china dolls as pom-pom girls.

Quite a good feeling I must say… 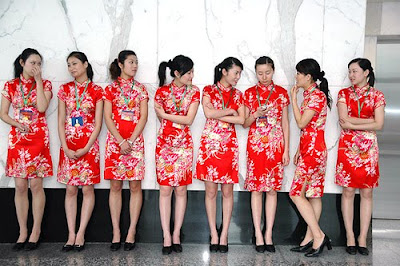 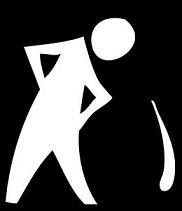 They freaking spit around like machine guns. No matter how hot looking they were, the “ptui!” action just turned you off immediately.


1 year ago… If your boss wants to axe you

2 years ago… 10 Nov: A day to remember
A zewtpinion by zewt at 11:38 pm
Email ThisBlogThis!Share to TwitterShare to FacebookShare to Pinterest
Labels: Friday frolics, The China Stint, Zewt Laugh

Hahaha... Cultural Learnings of Zewt in the Glorious Nation of China :P

That would be a real turn off for me, too. I hope they didn't wear pajamas when they spat on the floor :P

I can totally imagine!

Hey Zewt, not sure if you have chance to witness this or not, they also like to wear full suit of pyjamas (those one set type, with patterns and flowers as patterns) and wear fluffy slipper (those u wear inside your own house) and go to hypermarket like Carrefour, those middle age women and men. Not all of them do this, but you can always spot a few in carrefour around 8pm.

Haha, normal la in China. I was in one of the nice hotels in Shanghai. I was staring at the marble floor cos it was so shiny I could see my own reflection on it. It irked me when i started noticing sputumns on the floor...And i witnessed a chinaman 'ptui' on the floor too. I became very aware of what am i stepping onto on China floor ever since.
No offence but most of them are just 'an ape shaved'.

Yeah, in China, people spit alot. Got to watch out for them. Hehe...

I wonder, do the hot gals spit as far as the guys? Kekekeeke

could be due to your poor football skills. ptuuiii! :)

Hahaha.. really turun saham for them.

many people say they're like that loh. pity them loh :P

btw, is your name pronounced as "Ziut" or "Zuit"? just wondering.

Haha you had me laughing out loud! :)

apparently the pyjamas are a symbol status in China. not everyone could afford a set of them.

Started off with a sight for sore eyes that turned into completely EYESORE! Poor thing! hahahaha...

Hahaha I like what Ronaldo said. Could be your poor football skills. Ptuuui! Haha!

Once the news here reported that Asians spit! How embarrassing to be generalized. They think it is bloody disgusting. I think so too. I don't have the habit of spitting. Just swallow it lah hhahaha! The acid in the stomach can kill all bacteria.

so typical of the cheena xiao jie's but it is funny :)

Some Chinese nationals in my U have this kinda habit too. I was so enraged when I saw this the other day that I thought of @##$$!# to the guy that did that.

Some Chinese nationals in my U have this kinda habit too. I was so enraged when I saw this the other day that I thought of @##$$!# to the guy that did that.

maybe the ability to spit like a machine gun is considered hot in China!

Siew - have a look when u go china.

autumn - hello there... guess you're right, we registered the biggest margin win that night.

Elizebeth DL - i am sure u r used to it already eh? :P

ronaldo - cannot be me, i was not the worst that night :P and the score was 6-2, cant be that bad lah.

Ai Shiang - i think that is also veryyyyy disgusting! haha!

sinlady - hello there, welcome! they just cant do away with that habit eh?

kyh - tell them this is malaysia!

eiling lim - hahaha... you should try when you go china then...

That will really turn me off, haha!

jam - i am sure you are not alone heheh!

HAHAHAHAH er how bout when they lift their arms up? cos i heard they dun shave armpits wan

that's exactly what i wanna *yell* to him!!

Huei - maybe your boo also gets turned on... who knows? hahahaha...

kyh - u should, i am sure many will come to your aid.