Life in a Professional Firm vs. Life in a Commercial Firm – Episode II

In the 1st Episode, I shared about some lightweight differences between life in a Professional Firm (“PF”) and Commercial Firm (“CF”). PF and CF have also been defined there.

For the second installation, let’s look at some more pertinent differences… 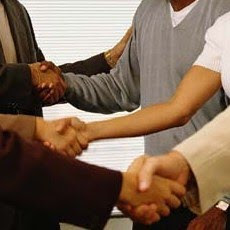 This is by far the most significant difference should you decide to switch over to CF.

In a PF, you render your professional service to client thus generating revenue for the firm. The reports that you produce and the hours that you slave are all translated into $$$ for the firm. You are known as the profit centre (“PC”).

Being in the finance or legal function in CF would mean you will be looking after the welfare of the firm, not the clients. It means you do not generate any revenue for the firm. You will move from being a revenue generator to being a cost burden. You are now a cost centre (“CC”).

Naturally, PC is given more privileges in CF. They are the breadwinner of the firm and hence, they tend to be well taken care of. Their “voice” tends to be louder, their gatherings will be more lavish, their departmental trips will be more luxurious; and you will have to live with it.

Don’t fret though. Though PC will be getting higher pay and bonus, the general pay structure in a CF would still be better compared to PF.

You may want to check out other perspectives on being profit centres vs. cost centres.

In a PF, you are a consultant. You are the expert who tells your client what to do and how to do it. It does not matter whether your expert advice is workable or otherwise, your job is to tell your client what is in the rule and what the available options are.

In a CF though, your focus will change. The management do not expect you to tell them what to do; they expect you to do it. You are there to make things happen. If you need resources, you have to voice out. You are the expert who has been employed to deploy.

This is when you suddenly realised that you are not that expert as you think. You will suddenly realise all the so called technical knowledge you gained while in PF may not work. And so, you might end up being a “client” to PF and boss the partners that you once report to. Sounds fun, isn’t it? 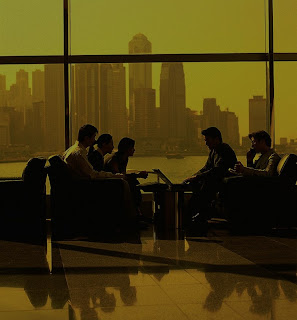 It’s funny that people join PF to learn. They are supposed to be the expert and top consultants, providing top notch advice and yet, people join them to learn. While in PF, I was once told that I am to act like an expert in front of a client even if I am not. I was supposed to be the expert consultant, but I was actually just learning. Ironic isn’t it?

Quite similar to the preceding point of advisor vs. implementer, the learning takes a dive when you move to CF. Instead of learning, you should be contributing. After all, you are the expert in the CF that you work in. Of course, there will still be things to learn but it will not the skills that you have been hired to perform.

It can be quite a daunting expectation. One should be mentally prepared.

Last but not least (for this episode); discernment between technicality and commerciality is crucial when you work in a CF.

In a PF, it’s all about technical knowledge. During performance evaluation, you will always be asked to improve on your technical knowledge. Which section, which rule, which paragraph, while law, which regulation, they should all be in your fingertips. In your mind, everything is written in the book, you just follow. 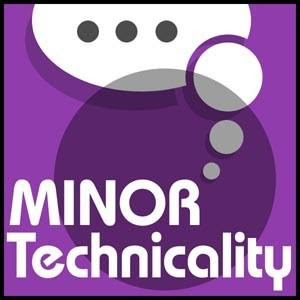 Things take a whole new perspective when you enter CF. When in PF and you tell your clients to do this and that and they reply saying they can’t do it and can’t provide this and can’t implement that and you will be wondering why they can’t do it. When you are in a CF, you will know why.

Sometimes, doing the right thing may not be commercially justifiable. Sometimes, the right thing just can’t be done. Maybe it will cost a lot of money, or result in loss of revenue. Your role in a CF is to strike a balance. You are the expert who is there not to advise, but to implement measures to look right even when it’s wrong.

Just like how you found out that things learned in university are mostly futile when you work, things learned in PF may not be that useful either when you are in CF.
A zewtpinion by zewt at 10:50 pm
Email ThisBlogThis!Share to TwitterShare to FacebookShare to Pinterest
Labels: Modern Slavery, Professional vs Commercial Trilogy

I suddenly feel i'm back in uni doing a case study for OB or mgmt...

I would tend to think that someone from an an environment such as the PF has better all round skills as compared those from CF.

Goodness, I think 100% the same as you do hahaha! But I hate the feeling being a "cost centre".

Funny. I am thinking of moving the opposite direction, from CF to PF.

I truly agree with what you say.

Pink Panther - hi there, welcome to AZAIG. i disagree... i think CF makes you see more angles to an issue. PF is pretty rigid in thinking.

Ai Shiang - and we are all there now, arent we?

The Envoy - no harm in that. i have friends who did that and love it. i guess u will have to see which one suits u.

I agree with Pink Panther. Those who has experience from PF would definitely fare better than those from CF. There are many "company secretaries" in CF are bunch of goons. Don't even know which article to quote when drafting resolutions... and one of them was my ex boss.

There are benefits and negatives in working in CF or PF. Just as how some ppl prefer working in MNCs whereas some prefer so stay in smaller companies. One man's meat is another's poison.

There's something funny about some of your posts, zewt. When it comes to a post like this where one needs to use their grey matter, there aren't many responses being submitted. I'm an oddity to find this hilarious.

Zewt, cos it seems complicated.

How about in PF, you are trying to deter any potential fraud and mistatement, but in a CF you gonna do anything to hide ur mistatement and fraud :)
cat and mouse game but you are always at the wrong end of the game regardless which side you are playing.

woah zewt... deep... only now do i realise that i was actually a CF moved to PF... true to your post whatever u said was the life then... never did think of it that way... but i think either way there's still something to learn from either side as whatever things you picked up on one side can or can't be used on the other side but IMO, hving the knowledge of how the CF mind frame works can sometimes benefit you when you move on to PF specially when you have to deal with CF as your clients. You know what will their reaction be and the challenges that will crop up due to the fact you've worked in such an environment before... not sure... coming from my personal experience it does help. my two cents worth anyway... kekeke... have a nice weekend (i am officially on leave from tmw til mon... hehehe). cheers

gina - i think one needs to start at a PF and then move on to a CF. that will make one complete. but having been to both, i feel being in CF makes one more rounded.

pinknpurplelizard - ahaha... yeah. and more particularly, if i do touch on politics, my traffic shoots up, by comments will go the other way.

aSstHa - wooaah... u moved the other way... that's rare :) but i am sure if does change your perspective of things, isn it? :) yeah, dunno why... ppl nowadays dont like deep thinking stuff anymore i think.

KC - hahahahahahahaha... well, that is why there are so many magicians out there.