I stumbled upon his writings some time last year when a close friend of mine forwarded me one of his articles. It was a very long read but I was left speechless for a while after reading it. The things he write will really make you think. I am referring to Johann Hari, a British journalist.

I chanced upon another article of his today. It talked about a city which we have heard about it over the news many times. But the article shed a whole light on it. It certainly did for me. Certain parts may be a little dry but there is eye opening knowledge everywhere around the article. It’s stupendous. 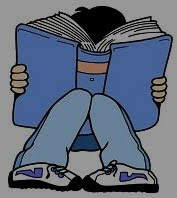 If you are into more knowledge, a different perspective of things, an enlightening moment and what I believe is a very good read, I invite you to go pay a visit.

But if you are browsing through the blogosphere just looking for laughs and not interested to know about the reality of life and do not intend to further your horizon (which is perfectly fine by the way), don’t bother.

1 year ago… When one has yet to earn

2 years ago… One for the girls
A zewtpinion by zewt at 9:22 pm
Email ThisBlogThis!Share to TwitterShare to FacebookShare to Pinterest
Labels: Cool stuff, Deep thoughts

wow...i could never look at the Burj Al Arab Hotel the same way again. but reading other people's comments about how biased the article is, one can't help to wonder...what actually the truth is about Dubai.

Zewt,thanks for blogging about Johann Hari's novella-length piece on Do-buy. I've never heard of Johann Hari but having read the entire feature at one go, have come to appreciate the man's ability to subtly and honorably draw readers into alignment with the way he perceives reality - which is the hallmark of a first-class investigative journalist (pity so few exist in Malaysia, apart from a couple of fairly domesticated ones like Citizen Nades and Karim Raslan). Even though I've never been to Do-buy except on brief stopovers while flying to the US or UK, I've always had a very negative feeling about the place. After reading this report, all I can do is hope the desert reclaims Dubai pretty soon - but not before all the slaves are rescued and released from those Sarumanish Sheikhs.

I have not been to dubai but from what I heard from friends who have been there, things are not as great as they sound. If you do not have blonde hair and white skin, rest assured you will not be treated well. But if you have a lot of USD, then it's a different story. I believe Johann Hari, he has his credibility.

Dubai - financial trouble,slavery,political ignorance,most Emiratis work for govt making them lazier,cannot take criticism and blame British press for over exageration and bias report,police lock u up and blacklist ur family when u criticise the govt, no democracy no freedom of press,incompetent managers pay themselves £40,000 a month while the people who do the real work are paid next to nothing, govt ignore maid abuse n environment abuse for the sake of development.
I think that abt sum up dat long article.
Heck don read it, we Malaysian have all the above problem for 50 yrs now, and our problem are far worse than Dubai,go figure...
PS : i especially love da part where most Emiratis work for govt making them lazier and it is almost impossible to be sack, sounds all too damn familiar eh....

I first read Johann hari's blog when i did some reading on Naomi Klein's "The Shock Doctrine". I found his blog instead, here...

His is a must-read! Thanks for sharing Zewt..

I read some similar report, by BBC if I am not mistaken regarding the shadows of Dubai. It's quite similar to Johann Hari's article (bout how the slaves are the ones that built the city) though I think Johann's article is more enlightening and horrifying at the same time.

What is written is actually true. That is life over there. If you can't contribute to the state, you're out. Dubai allows you to come in and enjoy the so called good life as long as you have a job. There's no free lunches. People are there because of the quick money. Salary is good and there is almost no competition from the locals. My ex-company has an office there, and that's pretty much what my colleagues over there describes. And none of them are locals.

i've read this before. made it sound less glamorous for people to now say, "I just came back from do-buy"

a really really long article but glad i read it. nvr tot dubai is like tat. but i wonder how true is it as many comment it is biased.

but i guess is somewhere relatively close to the truth.

perhaps all dubai ever offer is a mirage in the desert.

Thanks for the link.

The first few paragraphs sound a lot like New Zealand when the properties were booming. It kept on building until it burst few years ago. The buildings turned out leaky, moldy and the city looks uglier and uglier.

Oh I forgot. Love those short scripts. Some are rather scary.

I guess being on foreign lands are fun but there are always good and bad. Just like what I've written about my life in the past 15 years being elsewhere. Although not as scary as "Karen's". :o)

faisal admar - hope it is a good browse :P

Amanda Christine Wong - well, there are also comments which state that everything written is true... which one to believe?

Antares - yeah, i like his style. i hope i can write like him. that would have been brilliant.

Hiden Iden - maybe i should interview your friend! :)

InjusticeSystem - hahaha... yup,that was one of the many things i wish people can pick up.

Fi-sha - i have checked that out already. yeah, he is a must read indeed...

Swee Ping - glad it enlightened you.

Pink Panther - sigh... i should have gotten a job there when i was single :P

j_yenn - a lot of things are less glamorous if you know the truth.

jun - if we take 20% of it as truth, i think that is already enough to paint a picture of dobuy.

Ai Shiang - i guess there is a story to tell everywhere eh?

i thought the news about dubai has been going around for a while lately already since a couple of months back... no?

Almost what he writes are true. My husband worked there in the construction line under one of local company own by Sheikh 2 years ago. Water is more expensive than petrol. Ammenity for labours always worse. No insurance and medical benefit as promise. Medical fee is expensive than the labour monthly pay. Those labour life esp Pakistan, India, Philippine, Malaysia & Bangladesh are nothing for them. If any fell down from the building & died, just pack them with white cloths & send back to their respective country. If injuries like lost leg or hand, just send them back. My husband's workers stay like a camp nearby the sewerage plant,whenever the soil over flow, the liquid just sip into their camp. The smell unbearable. Food are expensive for them, some even waited at the back door of the restaurant to wait those restaurant workers to throw the leftover to rubbish bin. They even eat those stale food from the bin for living.
During fasting month, the sheikh only give free food for open fast/dinner to those are Muslim. If temperature went to 40 degree during the day time, only high level executive stopped their work but not to those hard labours.

Thanks for the article.

It teaches me not to believe in novelties of things that seem too true to believe.

angie - you're welcome. and i am sure there are many true stories out there that are too true to believe.