A quick browse around the domestic blogosphere and I noticed that many have already voiced their displeasure regarding the RM50 service tax imposed on each credit/charge card announced during the National Budget.

And being selfish people where we are only concern about ourselves, that’s perfectly understandable. Don’t get me wrong, I am not saying that we should pay RM50 for having a piece of plastic. What I am saying is that we should look at the budget from a different perspective. 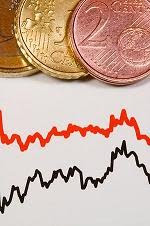 Do you know that the country will again be in budget deficit position? “Budget deficit”, sounds too economic for you to understand? Let me zewtlified it for you…

If Malaysia is a company, it means it is making loss. Malaysia has been in budget deficit for (I think) more than a dozen of years with deficit expected to be 5.6% for 2010. That means, “Malaysia Sdn Bhd” has been making loss for the last 12 years or more. What do you think will happen to a company that keep making losses?

By the way, our neighbour down south was in budget surplus position (i.e. making profit) a few years running till 2007. And this is part of the reason why SGD1 = RM2.5.

But then again, we Malaysians don’t really care about the big things. It’s too intellectually challenging for us. We are only concern about whether we can get good food at night and the RM50 we need to pay for a piece of plastic which allows us to buy things we don’t need to impress people we don’t like.

The govt categorised those benefiting from this reduction as “mid income group”. If you are not earning above RM130,000 a year, i.e. not “mid” income group, tough luck. But can you imagine those earning millions! They will be laughing by now. I wonder who they are… 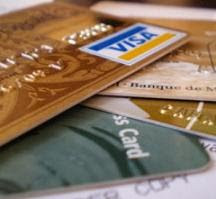 On the basis that the average tax rate of a Malaysian is about 15%, the increase of personal allowance of RM1,000 means you will have an additional RM150 to spend. That’s circa 30 additional plates of char-kuey-teow for you in 2010. Yay! Go knock yourself out. But if you have 3 credit cards, tough luck mate.

RM500 broadband deduction, average 15% tax means additional RM75 or circa 15 plates of additional char-kuey-teow a year. But if you have more credit cards, then………

This is important… the additional RM1,000 allowance for EPF/life insurance deduction is only applicable for deferred annuity paid for contract concluded after 1 Jan 2010. Sounds alien? Zewtily speaking, you have to buy additional insurance in 2010 in order to get this deduction.

It means you have to spend additional RM1,000 in order to save about RM150 of tax. So all the extra char-kuey-teow that you can get from the additional individual allowance and broadband deduction will be gone if you take this up. Worse, you may even need to pay more money! Which means… less char-kuey-teow next year! That’s big deal mate! 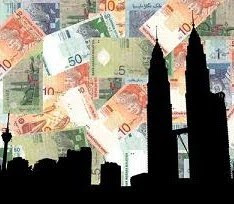 Last but not least, GST, which I have blogged about a few years ago is indeed coming. The wind in the tax industry is strongly blowing the fact that it will be announced before the end of this year. When that comes, that will be really hell…

That’s basically the budget for a regular I-don’t-care-about-politics-and-other-complicated-things man on the street.
A zewtpinion by zewt at 9:21 pm
Email ThisBlogThis!Share to TwitterShare to FacebookShare to Pinterest
Labels: In the news, Tax Shack

r u for or against the RM50 charge per card??

and u re probably right, many won't cancel their credit card but i for one will as the only reason i kept more than 1 credit card was due to the fact that it was free for life.

and it's for emergency use only. =)

and NO.. SHOPPING doesn't count as an emergency

I think people wouldn't complain about increased taxes, if they knew that Malaysia is doing fine and that the money is not stolen. Look at Norway, they have extremely high taxes, but the country is always top on every list and the people are happy. Their government is working for the people.

For the sole reason of not having to line up at the petrol station, the credit card is FTW.

Of course, having said that, if the RM50 charge doesn't go away, and if the banks are not willing to absorb the charges (defeats the original purpose of making people 'financially prudent'), it's time to consider debit cards.

you're right about 1 thing - we are selfish & think only of ourselves.

because the govt AND the banks sure don't!!

& because we like to win & hate to lose, we groused about the Rm50 that we have to fork out for each card & overlook the extra RM1k from the personal allowance.

after all, we're only humans.

@MKL: yes that's very true, in most of the western EU countries have quite high taxes. But the citizens don't need to worry about the money being misused. In face I think I heard in some country, the citizens are entitled to have car/house that is provided by the government when they turn 21.


Personally I think the government should really restrict on the credit card criteria. Having it is like having water in Msia.

Many countries I know have such tight control over it that only those who could truly afford it can have credit cards. This limits the spending of "non existent" money.

As far as GST goes, I'd rather have it than the system in US, where tipping is prevalent in most service industries, but of course, in Msia, who knows wht's going to happen with that money.

Oh, so you did went for the course yesterday. :)

Budget this year memang tak boleh pakai. On another note, I just found out that I'm on the borderline poverty line (the urban one) and yet up to date, I have had a few thousands deducted for taxes via PCB! So sad :(

actually i agree with the rm50 for each card and rm25 for the supplements. why? credit card is a killer. they kill you via money without you even notice, end up you will keep paying bank with interest till end of your life. trust me, even though we educate a lot of peoples with seminars and courses, or even a short talk, it won't help. most people in malaysia would prefer owe money to the bank and sacrifice time and energy to pay off the debt. weird but true.

i hate credit card a lot. i really hope one card they will charge rm500 for annually charges. 1k even better.

why i'm so agree with it?

my family member struggling like hell paying off credit cards which reach more than 100k. to make the matter worse, the debt can't be paid and it flows smoothly and directly to ME to help pay off the damn credit card!! gees!

In France, we do pay tax when we have a credit card, please note the usage of credit card here more like debit card and serve quite a different concept comparing M'sia. That not the point, but we pay the service and the bank receive huge taxes charges from the gov.
But what is happening back in M'sia, do the bank get more tax? And why suddenly this issue is bringing out? To control the spending of M'sian? Hmmmmmmm...

Development in the country is not third world, but the government is. So if the leadership is like that, the people have to work harder and be more street smart compared to other affluent countries.

I still don't agree with the reduction of tax from 27% to 26%. What is that for? It doesn't benefit anyone except the very rich!

It's true that personal allowance of RM1K will help to offset the RM50 credit card tax, but I still don't agree with the RM50 tax. Call me selfish or whatever, I just don't agree!

They should only charge the RM50 tax for people with more than one card. I don't think it's fair to those owning only one card, like me : )

Living here is tough but in the end everyone would just complain and talk at the coffee shops and nothing is done. It's sad but sadly that's our culture.

goingkookies - i am neither for nor against it. i think it's a good move. credit cards getting ridiculous.

MKL - absolutely.... everything is taken care of in norway and ppl live in a beautiful country. here... sigh...

doc - ahhh... i guess we are all going the right thing. well, in a way, we ought to be selfish when it comes to this country.

pavlova - precisely. i think credit cards are getting ridiculous. it used to be a privilege and should be kept that way.

terra shield - malaysia has one of the highest taxes in SEA.

faisal admar - i know what you mean bro... like i said. credit cards used to be a privilege and should be kept that way. only those credit worthy ppl should be given one.

eastern_oriental - bee ean? from what i understand... govt wanna prohibits youngsters from having cards.

The Envoy - we will forever be working hard if things dont change.

foongpc - hahaha... dont worry, i am sure the bank will pay for u if u only have 1 card.