Do you know you work for the bank?

I think many of us are aware that banks make profit by charging you interest on your borrowings. Those lacking self-control on credit card spending will know exactly what I mean. But do you know how exactly does it work?

Banking operations are highly complex. There are many way a bank can make profit but for today, let us just focus on loans. And as always, let me put it in a very simple manner… 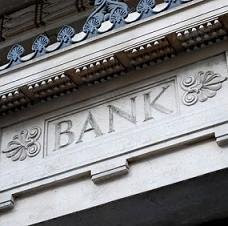 Let’s say there is this bank, called Z-Bank. In this bank, 100 depositors place fixed deposit of $50,000 each, totalling $5m. If Z-Bank just keeps the money, they will have to pay the customers interest which is a cost. Naturally, Z-Bank will take this $5m and lend to others to make profit.

Let’s say the entire $5m is then lent to John to buy a house and John said he will repay the loan in 30 years, which is a common tenure for a home loan. Let’s say John begins to pay mortgages from the first year and the amount paid by him on the first year was $300,000.

For those who have no idea about home loan; the answer is yes, the total amount that you need to repay to the bank after the entire tenure is very likely to be almost double (or more) of the original amount borrowed by you, depending on the interest rate. In this case, John will need to repay $9m in 30 years to Z-Bank. That’s life…

Now, under recognised accounting principle, Z-Bank will need to segregate the $300,000 into principal and interest. Principal refers to the original $5m lent out to John and interest refers to Z-Bank’s income. The exact splitting mechanism is complicated, but I am not exaggerating when I say that the interest portion recognised as income in the $300,000 paid by John could be as high as $250,000, thanks to accounting principle.

But wait, let us take a step back…

Well my friend, the banks have been doing this for years. And if you seriously think accountants are square, think again! Mind you, if John goes bankrupt and fails to pay the balance $4.7m, it is the govt who guarantees the deposits that will have to pay the money back to the depositors, not those who have taken profits. 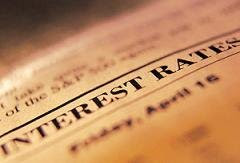 Have you ever heard of the saying… “We all work for the bank”? It simply means…

You work and with your salary, you pay your car and home loan, giving profits to the bank. After your spending, you place the balance in the bank as savings, giving more “principal” for the bank to make more profits. And if a bank goes bankrupt, the govt will save the bank by giving bail-out money; using that portion of your salary called… tax.

P/S: Some of you will probably comment… “Zewt, does that mean we shouldn’t place our money in the bank anymore?” My answer will be… This post is to enlighten you on some knowledge of life, not telling you what and what not to do.

1 year ago… 5 things I failed to fathom… A change in dominant language
A zewtpinion by zewt at 9:50 pm
Email ThisBlogThis!Share to TwitterShare to FacebookShare to Pinterest
Labels: Zewtconomics

I quit using credit card a year ago. Man, the accumulative interest is crazy. Not to mention late payment fees etc. Urghh.

I do agree on keep money there. I'd like to know it's safe.

Just curious, did this bank concept has the same origin or some historical connections to capitalism? maybe one come after another? After all, it's so capitalist (all about profit)!

I never like banks, but we do need them.

No, you don't work for the bank.

You're a slave, period.

You're given the illusion that you own anything at all, which you don't.

After you're dead, all the significant stuff you thought you own just change hands until it eventually goes back to the bankers.

Time to connect with your spiritual self, your true purpose of existence instead of being tricked by the illusionary false reality created for you by this 'system'.

Search your soul, you know something's not right with the system.

Nice work. Does this "post of inspiration" come from my recent blog entry? Lol.

The moral of the story is... marry a bank owner. LOL

If you take a loan, its better if you don't take too long a loan coz the interest is not worth it. IE don't have a car loan that runs for 7 years. Better to suffer for a while and pay it off quickly in 2-3 years.

I'd rather leave my cash in the bank and let them use it for other means. I'll take that as my fee for using their facility. ;)

we are definitely working for banks....

hmm.. thank u for the enlightenment!

i learnt something today :)

I actually heard that before. Working for the bank...slaves of modern world...rat race...it's all the same. Thanks for the enlightenment though. It does make one thinking about life and how you spend your money.

I actually heard that before. Working for the bank...slaves of modern world...rat race...it's all the same. Thanks for the enlightenment though. It does make one thinking about life and how you spend your money.

anonymous above and zewt,

So what banking system do you think is better than the current?

Have you heard about the theory that the world today is controlled by a cartel of bankers? That money today is created by debt? Without debt, the banks and financial system will crumble into pieces. I am not sure true this conspiracy is, but it sound so so so real.

Bad news is that there is not much that we can do to change the system. There is now way the majority of people can afford a house without getting a loan. We cannot just clear the forest and built a home on it like our forefathers did.

Whats worse is when the bankers and other financial institutions are acting like a cartel with the backing of the Central Bank. Instead of protecting the interest of consumers, they let the banks do whatever they want.

you guys fail to see the benefits the system has created because u were born into the system. you can only point out flaws.

the matter of fact is that it has created more benefits for most, therefore it is justified.

without financing, progress would be stifled. and the best way is to financing is letting capitalists rear their ugly head...

lolll! i hate reading this post..it just makes me feel like dying...double or more than wut u borrowed..*shudder*

If you have time watch this video, it's quite interesting, explaining how money is actually debt.
http://www.youtube.com/watch?v=vVkFb26u9g8

And like how someone else was saying about money being printed, this article shows the extent of that in the US. All that printing is merely an added tax on the population by devaluing currency.
http://mises.org/story/3525

Rin - pretty much the same. it was the birth of capitalism... i think.

foongpc - and cant live without them.

gina - or a banker will do.

Jennifer - well... knowing how to spend is one thing... doing it is another.

the original anon - the one that lends and dont charge interest... hahahaha...

leyaw - yup... that's what economy is all about. based on the economy, the world has got trillion of dollars... in terms of cash (without excessive printing)... not much.

anon @ 10/7 3.06am - there is no problem with financing... the problems arise when a group of individuals want to profit way beyond imagination.

our existence is nothing compared to time from zero until now.....13.5bil years of the universe existence. we take things for granted and we're being brain washed in this system. look at the mass media. the mass media created divisions among us. its a bubble waiting to explode. mass extinction of the human population is inevitable. the question is, when is this going to happen? within our lifetime or the next generation? look back at history and you will have a rough idea whats ahead of us, dont take life for granted. we dont have to buy RM100k watches to satisfy our needs. but thats how they are programming us, most of our decision in life is related to what we view in the mass media. why do we have craving for slim sexy women? the mass media. now everyone is craving to look good to each other, wear expensive clothes, drive expensive cars, all those are just a shallow reflection of life. we only have on average 70-75yrs of life on this planet, why dont we start with, what is the purpose of my existence. "SURVIVAL OF THE SPECIES"

Good day !.
You may , perhaps very interested to know how one can collect a huge starting capital .
There is no initial capital needed You may begin to receive yields with as small sum of money as 20-100 dollars.

AimTrust is what you haven`t ever dreamt of such a chance to become rich
The company incorporates an offshore structure with advanced asset management technologies in production and delivery of pipes for oil and gas.

Its head office is in Panama with structures everywhere: In USA, Canada, Cyprus.
Do you want to become a happy investor?
That`s your choice That`s what you really need!

I feel good, I started to get real money with the help of this company,
and I invite you to do the same. It`s all about how to choose a correct companion who uses your savings in a right way - that`s it!.
I make 2G daily, and my first deposit was 1 grand only!
It`s easy to get involved , just click this link http://axomomew.bigheadhosting.net/ibevyr.html
and go! Let`s take this option together to get rid of nastiness of the life