I realised a lot of people are actually quite confused about that additional “++” that you pay when you eat at a restaurant. The general understanding is that they are “govt tax”. But do you really know what exactly it is that you are paying for? Allow me to enlighten you. 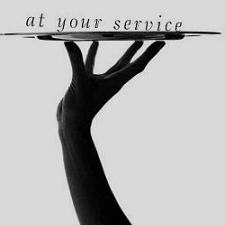 The first component is “service charge”, usually at 10%. This is NOT a tax. In fact, there is actually no law to say that you must pay this amount. This additional 10% is what the restaurants charge you for the service you receive, namely; taking of your order, laying the towel on your lap, replenishing your water, recommending dishes to you, making you stand on the chair as the birthday song is sung to you, etc.

One should ask, does the additional 10% that you pay match the service that you receive? How many times have we been served by foreign waiters who have no idea of the dishes being served? Some can hardly pronounce the dishes in the menu.

There was once I was at this quite up-class restaurant and we asked the waiter whether this particular dish has got cheese, she just stared blankly at us. When we repeated our questions, her reply was … “I from Myanmar”. This is quite an up-class restaurant which charged us 10% of the bill for such service.

In effect, this 10% is to cover the restaurants’ labour cost in employing waiters to serve you. But you and I know that these labour costs have already been factored into the price of the dishes. Top that up with the I-from-Myanmar type of service, this 10% can be quite a rip-off. But then again, we are rich Malaysians who make a lot of money and since it’s for food, we just pay without asking.

The second component is “service tax”, at 5%. This IS tax. You are legally obligated to pay this under the Service Tax Act, 1975. And here is something you should know…

Previously, restaurants located outside hotels with an annual turnover (i.e. revenue, not profit) of RM300,000 are required to be licensed and collect this 5% service tax from their customers. Effective 1 July 2008, the threshold of RM300,000 was increased to RM3m. [Source: Service Tax (Amendments) Regulations 2008 – PU(A) 216/2008]

This effectively means for restaurants located outside hotel, only those with an annual turnover of RM3m should be charging service tax. So what if you happened to eat at a restaurant which you don’t think is making RM3m in turnover per annum and you are made to pay this 5% service tax?

Well, chances are this restaurant was licensed under the old rule (i.e. RM300,000 threshold) and lazy to go to the Customs and revoke its service tax licence. Since the people paying the additional 5% are you and me, these business people just couldn’t be bothered. 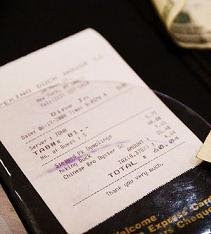 But all if not lost as you can put in a complain at the Customs if you seriously think a particular restaurant not making RM3m a year is charging 5% service tax. One thing though, don’t judge a restaurant by its set up. There are some very old looking coffee shops making millions every year.

And remember, you can only make a complaint if it’s service tax and not service charge. I hope you all have an idea on what’s the difference by now.

A zewtpinion by zewt at 11:30 pm
Email ThisBlogThis!Share to TwitterShare to FacebookShare to Pinterest
Labels: Tax Shack, Zewtconomics

Yeah I also feel some of the 10% service charge is not worth the amount paid.

And why is it that the more we spend, the more service charge we have to pay? It's not like they're rendering extra services to us right? =X

insightful. thanks. i always learn something from here. :)

I remember going to a mamak stall, he had a sign on his neck, "Sorry No Speak Malay". Definitely not taxable nor 10% services charge.

oh now only i know, thnx!

wat abt those chain store like McD? it's 3m per shop or the whole chain?

I knew the 10% was for service charge'... but better than paying tips, right? As for the govt tax, thanks for highlighting the 3m update. I was still under the impression that it was 300K.

5% service tax is not government tax...

i used to get impression that they is only service tax and gov tax, didn't know of service charge... btw, what bout gov tax.

Employment of foreigners are cost-cutting and problem solving methods for these enterprises. They're cheap to employ and u can just send them off after their contract is over hence problem solved.

The 'Service tax' monies gathered are split between workers. This makes it like a 2nd salary of the month when they get it.

I think that if u dont think service is up to par then don pay it (I have done it b4. Muahahaha). However if this becomes a rule then u have the kiam siap ugly Msians who will not pay despite the service being good.

so that means the 5% service tax is actually the government tax?

My Q is, is this legal? As I have read in the Sales Tax Act, I noticed that the amount of sales tax payable is the prices for which the goods are sold as well as the quantities of goods sold.

Perhaps you can enlighten me? I felt ripped off coz the effect is compounded when I brought the entier family (8 of us) there. Thanks.

what if the restaurant sells liquor, is the 5% mandatory?

a fren told me once, a restaurant charged him service tax. so he demanded for the license for it and true enuf, the restaurant doesn't have it. and he got his food for free.

another thing is u will have a string of outlets under the same entity..

thank you,i will try to be bold and ask the restaurant the license and blabla..
i dun mind paying IF they deserve it.

Very enlightening...
Now thinking whether it's possible to refuse in paying the service tax if the service was really bad.

Some restaurants only charge 5% Govt tax even with good service. But this is the minority. Most charge the 10% service charge as well even though it could be a self service restaurant!

So can I refuse to pay the 10% if there's no law to say I must pay this amount?

And why can't they fix the service charge as a flat rate and not a percentage? It's not fair that I should pay more if I order more food. Shouldn't the restaurant reward me instead of making me pay even more?

I think some restaurants should not even charge the total 15% since they have already factored the cost of service and labour into the the price of the food anyway, and they are not required to pay the 5% tax to the Govt as they are not making RM3M turnover.

too many numbers! care to give an analogy for dumb ppl like me! haha!

thanks zewt....i would not have known the details!

hey, this has really enlightened me & i learnt a 'bit' more from here, thks for sharing!! more of such pls...:)P

I miss the good old days when I can understand the waiter and the waiter can understand what I said. I once got a "Cock" on the rocks (well, they ran out of Pepsi) from a Bangla ( talk about a Bangla-Dash)..of course I ordered the big glass of Cock...walked away not bothered about the service tax though...obviously I was happy with that Bangla' cock on the rocks..;-D

day-dreamer - yeah, the whole concept is a bit screwed up isnt it?

NoktahHitam - well, if he doesnt charge u anything, then ok lah...

terra Shield - also, i understand there are outlets who charge service tax and they are actually not licenced. means they makan the 5%.

pinknpurplelizard - you mean the "service charge" will be split and not service tax :) well, of cos we should not pay for bad service, if it's good service, then it's ok. but still, i think there should be a cap.

anon @ 7/7 2.15pm - i think tenji ripped u off there. they should not charge the ++ on the original price. damn, malaysians entreprenuer are really a heartless bunch. you were definitely ripped off there.

Vad3r - it covers everything. i supposed F&B covers liquor as well.

sengkor - yes, i am aware of such cases. which is why we as consumers must be aware of the threshold and protect ourselves.

contantly craving joe - thanks for that mate :)

Kimmy - like one reader commented... she has actually refused to pay before.

foongpc - yup... many good points there. the service charge of 10% is just additional profit to the restaurants. i am damn sure the labour cost is already factored into the price. this is malaysia, this is how thigns function. one of the many things i observed... other countries dont have this kinda rip u off mechanism. yes, there is no law stopping u from paying the 10%.

Funny how we have to pay for bad service at times. Haha...

My bad. I did mean the service charge not tax. But there's a law made last year but parliament about gov/service tax - if the f&b outlet/enterprise earns less than a certain amount of profit, they are not allowed to charge the tax. This I am sure of.

YAYYYY finally an article on this

Swee Ping - we malaysians are just too generous sometimes.

pinknpurplelizard - yup... the new threshold if 3m... i mentioned that in the blog mah...

huei - go and komplen. some... they charge without licence... pocket the 5% without u knowing it.

Luckily in Europe we don't have this. I was a bit shocked when I came to Malaysia and got these extra charges. i asked my girlfriend why can't they include all these things in the price. She had no clue. I'm also clueless... well, things in Malaysia run a bit differently sometimes... ut I love it anyway :)

MKL - so you're not malaysian .... what nationality are you?

zewt, I am Slovenian, a tiny country in central Europe.

Thanks for the kind words and Malaysian hospitality :)

MKL - the pleasure is all mine.

You get shit service becoz u paid service charge and not a tip!

WTH u expect if the waiter is paid minimum wages n that 10% don't go to him anyway.