Happy with no RPGT?

I was talking to Politikus, a political blogger the other day. As usual, when you talk to a political blogger, the topic tends to be… well… somewhat political. Was talking about election and some hero calling us bloggers liars and stuff like that when I mentioned the gomen is really giving out lots of goodies… one being the abolishment of Real Property Gains Tax (“RPGT”). Politikus’ reaction was…. “Huh! What is RPGT?”. Well, can't blame Politikus, after all, Politikus graduated with a degree in law and politics, not the usual boring accounting and finance. 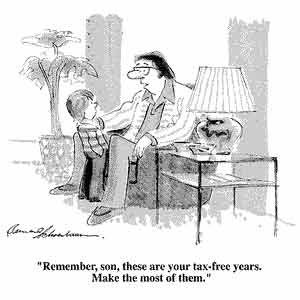 For those who are not aware, the gomen announced that RPGT will be abolished effective 1 April 2007 (If I am not mistaken). This means, when you buy and sell property and make a profit, you don’t need to pay tax anymore. Prior to this, you need to.

No need to pay tax ya’ know… don’t pway pway… No tax… Nice or not? Well, nice if you have a lot of property, nice if you are a property tycoon. But for you and I who makes just enough to pay car instalment and housing instalment… by the time we clear our credit card bills, we are already praying hard for next month’s pay… how to be happy at such news?

When the news first came out… wahhhh… everyone was saying… very good oh, sell my house, make some money, no need to pay tax. They talked as though they have 10 or 20 house to sell. I think people shouldn’t be throwing party at the abolishment of RPGT because:

1. You and I don’t have many properties to sell;
2. As an individual, RPGT rate is 0% when you hold a property for more than 5 years, i.e. you and I don’t need to pay any tax if we sell our property after 5 years.

Well, looks like it’s not exactly very good news now huh? Well, the sky is not all dark and gloomy. If you happen to be a super rich dude with very the many properties, then ok la, you can now throw a party to celebrate… make a lot of money no need to pay tax.

If you own a company that holds property(s), then you can also be happy la. This is because corporate property owner needs to pay 5% tax despite holding a particular property for more than 5 years. So companies with property(s) can now do something noble and perhaps give their employees more bonuses. Imagine those property development companies sell a piece of land and make RM10m (it’s possible by the way)… that’s like RM500k worth of tax saved! But will such companies treat their employees in such a nice manner? 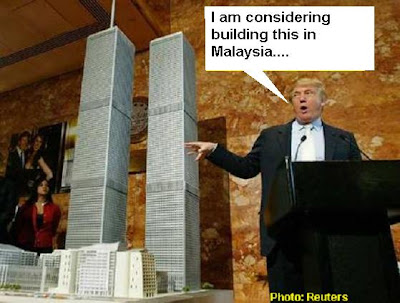 So basically, if you have a lot of properties and make money from those properties… no need to pay tax. But if you earn more than RM2,500 a month, you have to pay tax. Nice or not?

On a related note, my friends in the tax industry said they are waiting for the official legislation to confirm the abolishment. Perhaps it’s not as simple as it seems. Ya’ know, the thing with our gomen… sometimes… they give you A… you have to fulfil B, C, D, E, F, G, H….. X, Y, Z before you can get A.
A zewtpinion by zewt at 12:06 am
Email ThisBlogThis!Share to TwitterShare to FacebookShare to Pinterest
Labels: Boleh-logy, Tax Shack

eh gomen give u goodies u complain...dont give also u complain hahaha...yeah its just that they give goodies the majority of us dont really want or need...

p/s for those that are not registered as VOTERS...pls do so soon...and EXERCISE YOUR RIGHTS!!!!

aiks..hm..how much is the tax?
i wana get a houseee! is that good or bad news?? hehe

TTL - wah, your father quite rich eh? got properties in mont kiara... a few summore. Ya, I guess it's good news for him. but if they are already quite old and your father has been holding it for more than 5 years... then it doesnt really make a difference. if he has only been holding it for 3 years... then... very good news to him if he decides to sell.

economist - masih belum balik completely lagi. but seriously, this kinda goodies doesnt really benefit a regular guy like you and me. of cos i have registered already la.

huei - buy house not much benefit...but if you sell then you have some advantage lor.

Yes. I heard of the news. No RPGT. Good news for me. I have a house up for sale now... its my 2nd property I am selling and I thought I need to pay RPGT. Now no need. kekeke.

welcome back......RPGT? When was the announcement?

It's the super rich people that have to be careful, as buying/selling many properties can be deemed as earning an income, and BANG! You have to pay income tax which is way higher than RPGT.

purple mushroom - those tax you saved... buy me the beijing plympic coin ya?

acrelaine - well, as long as you're doing both, i think it's fine. but if you're just eating... then die.

allied - some time towards the end of march. you have many properties to be sold?

MissShopaholic - yeah, you're right... there's always an udang sebalik batu. some think this is alike a cameo goodies before the greatly anticipated GE.

Zewt, RPGT is good news for everyone. But like you said, they may have other criterias to be fulfilled. I hate Mondays.. its on my latest blog. I called up Southern bank so many times this morning. No ANSWER!!! This is the first time in so many years that I called without any answer! Thats what happened when the chu tao ping took over!

parents are quite into real estate, and since they're going to retire soon, this is good news...

So far, it's talk only, not gazetted yet?
Anyway, not relevant to me. No party. :(

huh? lawyer no need to know rpgt one meh? it's against the law not to pay rpgt leh, so it's law mah. kekeke.

i know of one group of ppl who wants to faint at this news....those who paid hundreds of thousands in rpgt recently, i.e. very shortly before the announcement of the changes. die or not? think they want to hit their head against the nearest pillar now.

serious or not?
what a shocking news..
i never know msian gomen so damn good mia...
guess i shall ask my dad to start taking good care of his properties.haha.

not reminding you la zewt...reminding all the readers

maybe u can remind them later also...

Its a political ploy. The government is only giving up RM250 million in annual revenue. In the scheme of things, its not even peanuts because:-

Case 1:
The reduction of fuel subsidy of RM400 million which was supposed to have gone to improve the public transportation system but went down the drain because of record fuel prices and Johor floods. My guess is, the RM250m is going to compensate the builders of the crooked bridge.

Case 3:
Singapore income tax - 18%
Hong Kong income tax - 17.5%
Taiwan is going down to 15%
Malaysia is 28% (with excise duty at 300% for cars, road tax and toll imposition (which other country charges both!?), service tax and forex control) makes for a hell of a conducive country to spend your hard-earned cash.

Solution to all the above problems:
4.9million have yet to register to vote. Out of the 15.2 million eligible voters, that adds up to 32% - enough to swing the election.

purple mushroom - cant agree with you that abolishing RPGT is a good news for everyone. think it will only benefit corporates more than individuals. haha...ok, i let my friend in cimb know.

aput - careful though. i think IRB wants to catch everything under income tax is selling of properties is done excessively.

king's wife - yes, the professional bodies are still waiting for black and white. you'll never know, there may be a surprise behind the surprise.

me - dunno woh, that lawyer said dunno. so are you onee of those who paid a lot of RPGT lately? are you going to bang your head?

hor ny ang moh - if the RPGT is totally abolished, then the answer is no. very much still depends on the actual legislation.

baby sa - dont smile too soon. me and my friends think this is a ploy to implement GST. imagine paying tax when you eat char kuey teow by the roadside... also read cirnelle's comments.

anonymous - got your message loud and clear. i am registered already.

cirnelle - like i said the other day, i think this is a ploy to implement GST. the fact the lost revenue lost is only RM250m, not many ppl is aware of that. you are very optimistic in thinking that we can swing the results around. ya know, you forget to factor in those alien voters.

jessica - that's the whole point of my blog right? :P

think of this the other way
the main reason for removing RPGT (what i think anyway) is to attract foreign investors to come here and buy our properties, so call to inject money into our slowing property market

it maybe good for the overall economy, but not for us (the man in the street)

think about it, if ppl can buy and sell property freely, more trading means more supply and demand

so better stock up before the prices sky rocket like Singapore and Hong Kong (in Klang Valley at least)!

Ironic isn't it, when only the rich get to enjoy subsidies and tax breaks which are supposed to help the burdened rakyat. Already so rich, still get to save some more money!

That donald trump pic looked like the one in the wax museum....

Err...too many debts in the country and yet the GDP was said to reach RM trillion....

Hey zewt and the readers here, thx for the info...

hmmmm... no matter what changes they make to tax rules, the gomen always win wan... *sigh*

I got no house yet, so I guess the news on RPGT doesn't affect me. Don't think my company will be so generous though!

*no money no talk*

Johns - that's a very positive way of looking at things. how about.... ppl will think that sellers will no longer needs to pay tax and as such, buyers will push the price of property down when negotiating purchase consideration? this will be a very glaring problem for guys on the street (i.e. you and me).

kat - yeah... i am going to talk more on another tax regime that might hit the poor next.

manal - our country said our trade hit trillion... they added export AND import... which means we spend more to buy... we claim we are making solid ground...

rinnah - well... what about GST? it will surely hit you... shall blog about it soon.

i change my mind about malaysia gomen now, stick back to my old reputation about them...

if i had to pay few hundred thousand in rpgt recently, it will mean i have gains in the region of millions.....i wouldn't mind hitting my head on the wall a little for that!

baby sa - i reackon the old reputation is not something good eh?