What a timely reflection

I made a conscious effort not to touch on anything about this country during our “merdeka” day, because it will not sound good. Having noticed that most bloggers took a break from their respective usual blogging focus and penned their thoughts about the country, I felt I should do the same. 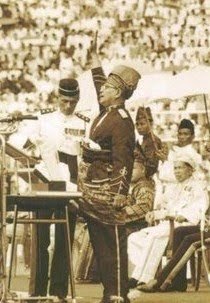 The mainstream media is at their usual best today, showering us with pictures that supposedly amplify harmony and bombarding us with the usual no-action-talk-only headlines. But the missed out on a very interesting piece of news…

For those residing overseas, do you now that merdeka parade started much earlier this year. A group of residents from Section 23, Shah Alam performed a pre-merdeka parade last Friday. The story is that after performing their Friday prayers, these residents marched to the Selangor State Secretariat Building with a severed cow’s head.

They were protesting against the relocation of a Hindu temple to their area. No one was arrested. But can you imagine what would happen if the Hindus protest against the building of a mosque?

And… protesting against the Hindu temple with a cow’s head! We all know what cow resembles to the Hindus. How long has it been since 2 supposedly investigative journalist performed espionage in a church and spit out the bread after Holy Communion? Tolerance? Racial harmony?

Next… the county was introduced to RON95 petrol last week. The usual RON97 is only available at selected stations. While some other countries are moving from RON97 to RON99, we moved from RON97 to RON95. What better way to reflect “progress” of this country during this merdeka week.

And, we moved from RON97 to RON95 because --- 1) the govt can no longer afford to subsidise RON97 --- 2) Most rakyat cannot afford to pay for RON97. Increase in income-per-capita? What better way to reflect “economic development” of this country during this merdeka week.

Coincidentally, merdeka period falls within the month where roadblocks tend to happen rather frequently. I happened to go past 2 over the weekend. There they were, the law enforcers doing their usual stuff at roadblocks. What better way to reflect “law enforcement” of this country during merdeka week.

Religious tolerance, racial harmony, progress, economic development, law enforcement… all timely and perfectly reflected in a week where we are supposed to celebrate our “achievements”. 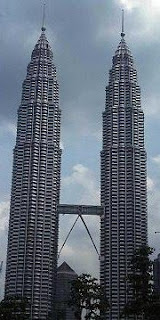 I can go on forever, and I believe you could to. It is also unfortunate that I honestly think, hope for a better country is diminishing at a alarming rate. Some overly positive people will say… “Hey, don’t just complain, offer some solutions”. These people are, like I said, overly positive.

Providing solutions will not work in this country. If solutions and recommendations and all the “should-have-been-done” are indeed carried out, I wont be sitting here writing this. And you won’t be sitting there nodding to everything I just wrote.


2 years ago… Afraidology
A zewtpinion by zewt at 4:02 pm
Email ThisBlogThis!Share to TwitterShare to FacebookShare to Pinterest
Labels: Boleh-logy, In the news

Thanks for the point-forms which I will not get in the mainstream papers (which I don't read anyways!!!). I now just read about the political situation from bloggers like you. We have not progressed from 1957, we really have not. Those mainstream papers are just trying to kid ourselves. Just compare ourselves to Spore, that's what you call progress. Usually when I say I am from M'sia, the ang mohs look at me with a blank face, but mention "it's neigbouring S'pore" and they will show they know where THAT is! Pfft!

Happy Merdeka back to you! :) I would still like to live here with a wee-bit positivity, with some hope left that one day, all this will CHANGE.

Most the people here seem to have a very positive view of msia. Whether they really know where it is or not, they would smile and say, 'Ahh.. msia. Very nice country!'. And all the ppl who have visited msia have nothing but nice things to say about the country. Despite all its shortcomings, I am still proud of my country and thankful to the longest serving PM for putting us on the world map.

Having said that, there was an interesting piece of news I saw on the local Al Jazira english channel the other day. They picked up the story on the to-be caning of the lady who was caught drinking. And at the end of the segment, the commentator asked how would this reflect on Malaysia who has long portrayed itself as a modern progressive islamic country. How indeed..

Good post. We are certainly going backwards. 1Devolution in progress.

Happy merdeka. May people live beyond their self centredness.

I remember road blocks and the stories my Malaysian friends told me. The most amusing was the procedure how to give the encik in charge kopi money, haha. Lucky for me, I never drove myself in Malaysia.

That thing with the hindu temple is a real shame. I wonder if hindus carried a pig's head and did same... there would be uproar.

Nevertheless, let's put things in perspective. Malaysia is a big complex country, there's so much wonderful things about it that just outweighs it for the people who feel proud now. But for me, I don't like pride. I may be proud of my son, but not proud of a country. Not even my own. Usually the proudest people are the most shallow.

I think it's a good opportunity to reflect on both now: the good and the bad things about Malaysia. And try to make it better.

zewt, you really have a way of getting into people's mind.

woah i agree with my hands and legs up high high. U didn't mention about getting back to BM from English.

no wonder the petrol kiosk has a diff colour petrol ad la..lol..was it in the news?

kekeke..paiseh..it's been ages since i read local papers..

Mind I add, sarcastically, that Malaysia produces it's own petrol.

A lot of things just doesnt tally up.

btw, i tot u were overseas prob in OZland.. but guess i m wrong since u mentioned that you experienced 2 roadblocks.. possibly ss2??

hmmm.. then again, u might be waiting to go overseas? =p

not to mention that the govt decided to reward our loyalty with an increase in petrol price. according to the Minister, in a TV interview today, the reason is that oil price has increased from USD40 to USD80. what? as of today, it's still USD69.

no-action-talk-only headlines.. true, very true.. and the theme 1malaysia.. what?! hmm.. regarding the petrol price.. yeah it's hiking.. but it's not as bad as the previous rm2.70 petrol price..

zewt, i met roadblocks almost everyday, though after being so predictable, I used another way that is clear.

being a motorcyclist, I will be stopped almost everytime (sbb ada sekali tu, dia bg lepas)

not that i do anything wrong, but the thought that I will lost a few minutes to get to work, irritates me.

it's my first time celebrating merdeka after 7yrs away from home... erm... i would say the idea of 1 Malaysia is good but not practical >< as none of us is doing that.... sigh

Hahaha, yes, the roadblock will always pops up during a season. not trying to discriminate but it's true.

Sometimes I wonder the point of ranting endlessly about the country.

Sometimes I feel hopeless, and helpless.

I really don't know what to say. It is a very sad situation to be in, I believe...

Tsu Lin - economical wise, we have also moved backwards a lot. we just appear to be progressing, but we have not. our currency is depreciating so much, we cant afford to buy anything at all.

KGC - i am not sure if i will ever live to see that day though. sorry for being rather negative.

kat - to be really honest, malaysia is a fantastic country if you are rich. you can get anything and get away with anything if you the money. isnt it great?

MKL - it's not that we dont want to make things better. our hands are tied, hand-cuffed to be exact. our leaders are not serious about making thing country a better place. perhaps their hands are also tied.

april - that didnt happen in the last 1 week mah...

goingkookies - waiting for the right time. and evem if i am already overseas, doesnt mean i am to keep quiet :P

doc - petrol pricing mechanism will forever be a mystery. they claimed to be pricing it based on dunno what what but never tell us how it is calculated. damn!

kenwooi - actually, i have no problem with the price :P if you wanna drive, you must pay lah. i have problem when lower grade of petrol means moving backwards means more pollution (i think).

fufu - basically, no one wanna do that anymore.

swee ping - dont be so loud, might get into trouble.

YT - better to rant than to keep it inside. bad for health. oh, welcome to AZAIG by the way.

terra shield - that cow act is the beyond disgust.

Hi Hi !! As you said, this piece is indeed inspiring! More power to you Zewt .. we lazy folks can all do with a good summary of timely reminders of how our gomen is screwing us up big time. LOL

The cow sacrilege - utterly silly of these muslims. They have their pictures all clearly taken and some crazy people might have them killed later! Oops...

Great post! Uneventful Merdeka day for me. Could have been "The day I met Zewt"!! Hahahahaha!!!

So 52 years into Merdeka, I think we are going backwards, haha!

it's disappointing to see these happening...Even the recommendations from Royal Commission have not materialised, what else should we hope for?

anak merdeka - the price we have to pay to get nice nasi lemak in this country...

-eiling- - the cow's saga has not ended. and interestingly, most of those fellas are not from section 23. RON97 is the way to go!

Unicorn girl - welcome to AZAIG and... amen to that!

suituapui - woaah... i sound like a celebrity already :P

jam - you "think"? we ARE going backwards.

whoalse - all those official institutions are... oh well.

Seems like the cow head protesters were charged. I guess there is justice after all :)

MKL - hahaha... i wouldnt believe what the paper say. unless they show me in youtube that these ppl are indeed in jail, nothing is certain, in this country.