Hmmm… who rang the door bell?

This is a true story…

Ben and Jerry were sent for an outstation assignment. Having arrived at their destination late in the evening after a long drive, they immediately checked into their designated hotel. Due to cost consideration, Ben and Jerry were made to share room. Since the room was pretty big and they have separate single beds, there were no issues.

(Note: Just in case you’re wondering, no, this is not some homosexual related story…)

And so they went for dinner, explored the town a little and headed back to their hotel since it was getting late, and they have to commence work rather early the next day. 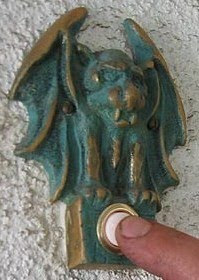 Upon returning to their room, Ben went to shower while Jerry started unpacking his stuff. While Ben was showering, Jerry heard… “Ding… Dong…”… someone rang the doorbell. Naturally, Jerry went to check who it was…

Trying not to think too deep into the matter, Jerry closed the door and continued to unpack his stuff.

“Ding… dong…” …the doorbell rang … once again… and again, Jerry went and check to see who it is at the door and again………there was no one.

A wave of uneasy feeling began to fill Jerry but he tried to dismiss the peculiar situation. As soon as he got back to his unpacking duty, it happened… once again… “Ding…dong”……At this point, Jerry was really feeling the chill down his spine.

Just then, Ben stepped out from his shower and could immediately recognise the disturbed look on Jerry’s face. Ben inquired and Jerry told him what happened. Initially, Ben thought Jerry was trying to pull a fast one on him but after observing Jerry’s reaction, he knew Jerry wasn’t joking.

“By the way, the doorbell just rang. Maybe you can go and see if it’s a joke” Jerry said.

Ben plucked his courage and went to see if anyone was playing a trick on them. He opened the room door, went out for a while and returned to Jerry… with an absolutely pale face. 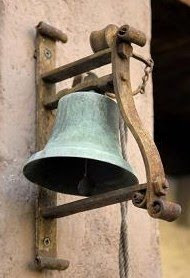 “This room has got no doorbell…”

No no no no no… this is not the end of this “true” story yet… because it was then that it happened once again… “Ding… dong”.

P/S: Many thanks to PetiteLass for these 2 lovely awards.


2 years ago… An outdated zewtpinion
A zewtpinion by zewt at 8:33 pm
Email ThisBlogThis!Share to TwitterShare to FacebookShare to Pinterest
Labels: Friday frolics, Supernatural, Zewt Laugh

Zewt, you cracked me up, haha. Where do you come up with these stories? You should write books or something, you're good :)

blardy hell!!! I was expecting something else hahahahaha...

the starting of the story gave me the creeps, and i'm alone in my house, but the ending is really making my laughing my head off ^__^

Hahaha, I bet they had a good laugh over it, and decided to start an ice cream company.

Hahaha! A good one. My colleague had the "doorbell" as ringtone previously and she rushed down the stairs to get the door when her phone rang, eventhough she was in pyjamas! Hahaha.
** You are welcome. You deserve the awards ;)

hahaha
my sms tone was put to a ding dong tone ....

and my bf wanted to open the hotel door thinking it was the room service that we've called earlier....

but i was holding him on and saying it was my phone, he went bengang lolx

FYI: 7th month is otw but some early visitors are already here. They see u but u don't see them. I see them and they don't like it. Heh~

If i am Ben, I will not tell it's my phone and scare the shit out of Jerry

Ish... and i thought it was a good horror story!

hahahahah...trying to be funny is it? if I were Jerry, Ben would be dead by then.

hahahaha I like i like! I used to have that "Ding Dong" ringtone as my alarm :P

Hahah awesome. :D I want a fart ring tone. I've always wondered where people get these ring tones from.

my god... i was reading this at 12 midnite ler... I thought got some ghost story. Lol. ben's ringtone very cool la.

no a homo story? oklo so is jerry a female? lol. just joking

Then Ben would have known the first time he heard the bell after coming out from the shower leh.

Cindy Khor - with your heads off... things can be scary too :P

Klaw - hahaha... never thought of that.

Petite Lass - huh! she didnt know it was her own ringtone???

Lisalicious - like that also bengang me? imagine if he was jerry.

pinknpurplelizard - are u trying to scare me?

Hiden Iden - hello there. you are evil.

-eiling- - plenty of that in the 'supernatural' achieves.

Zuraida - if i am Ben and you are Jerry, i will do what Hiden Iden suggested above :P

Sharon - hmmm... does that give you any idea?

missironic - wow... you guessed it!

beezee~bee - a good spoiler though... right?

Why should u be scared but u also have the big guy above watching over u... ;)

Haha, this is so f**king disturbing and hilarious, mate!

purple mushroom - worth a friday read isnt it?