No, it's not corruption

Correct me if I am wrong, but I believe our country has a legislation which governs open burning. Of course, there are times when this particular law is diplomatically relaxed, such as when burnings are done due to religious reasons. If otherwise, I believe the culprit of opening burning will be slapped with a hefty fine.

I don’t know about you but I witness open burning openly done on a daily basis. On my way to and back from work or when I drive out on a weekend, I am bound to see more than one occasion where open burnings are recklessly done. It’s obvious that these culprits are oblivious about the environment, and the law. How so?

Some of you will most probably be shouting… “Corruption!”

Sorry mate, I have to disagree with you. Looking at those places I drive past and the people who openly burn whatever stuff they were burning, I doubt they are capable of corrupting anything. It may sound like I am looking down on them but honestly; I don’t think they have money sponsor anyone tea or coffee. 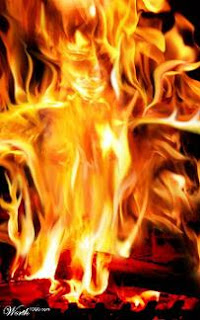 It is not corruption. It is no longer you-pay-then-your-ass-will-be safe. It is I-just-don’t-give-a-damn. We are now at a stage where enforcement of law is blatantly ignored. I am not just referring to open burning. How many of you have heard of break-in or snatch-theft cases that are actually solved?

Fearfully put, the possibility of me getting arrested for writing this entry is more than those criminals getting busted, agree?

When the authorities are selective in their job-scope or worse, when they are not exactly protecting the innocent, I have much fear. We just don’t feel safe. Not only that, there are occasions where people actually feel unsafe when the authorities show up! I am sure you know what I mean. How I futilely hope they will change for the better.

Of the many reasons why drive me from thinking-of-migrating to might-migrate to most-probably-migrate to will-migrate to the current stage of must-migrate, this has to be top of the list. It is just so sad.
A zewtpinion by zewt at 10:05 pm
Email ThisBlogThis!Share to TwitterShare to FacebookShare to Pinterest
Labels: Boleh-logy

This is not home. It will never be home. But it is safe. For everyone. Local or expat. The police do their job. And do it well. And that is a major reason why I choose to stay here.

Is safety really the primary reason for you to contemplate migrating? Or is it the overwhelming sense of helplessness one feels living in this land that fuel this decision?

The burglary/snatch theft problem is getting worse and worse. And the police are more busy enforcing 'area arrests' (like house arrest, but widened to a certain area, like with PJ or within Shah Alam). Open burning? How large can that coffee money be? The police aren't really concerned with the small coffee money they can get from an individual. They are more concern with larger benefits... Like... construction sites and businesses... where they can get thousands in wang rasuah every month.

What's really poignant, and not realised by people who frequently says 'if we don't pay, the then police will stop being corrupt', is that it doesn't work. In many situations, one is forced to pay, even blackmailed with an irrelevant summon if you don't pay the corruption. So if you are the businessman, what do you do? Pay the RM4000 a month, or get issued with at stop-work order every week and loose millions?

What Helen said is correct. Safety is not the primary reason. It is one of the contributing reasons. The general reason is the overwhelming sense of helplessness and hopelessnes. We leave because the vision we get of our future is bleak.

DOE is not doing their job(what's new?). We called the hotline numerous times to report about open burnings done regularly right beside my parents' house (burning tires and plastic that released toxic fumes)they never even respond to our complaints.
The neighbor only moved the location after we threaten that we were going to report him and he would have to pay hefty fine(which we knew was not going to happen!).

we can blame the cops for not doing their job, but we should also look into the mirror and ask ourselves, are we doing anything about it? anything at all?

In actual fact both are too busy looking for duit kopi especially from motorists.

As for burglary, did u realise that everytime a thief/snatch thief/robber was arrested police will say they believe that they are involved in numerous cases even though the thief had not even been brought to the police station for interrogation?

I was just wondering... how come you label this post as my wedding? LOL

I really think that our country is going towards barbaric status... if our new PM cannot even control this horrific crime that happens on a daily basis, then fck this shit country! I'm outta here!

Isn't it weird when cases (burglary, robbery and etc) which involves high profile people (read : VIP), who usually is the victim, will be solved quickly? :D

My neighbor, (I don't live in kampung, i live in some civilized place, so called), openly burning whatever he saved a week in front of his house (which is also in front of my house) almost at least once a week. His case, I think he has the money to pay kopi duit, but then again, also he doesn't care if anyone report him, because those who are responsible governing our garden is not doing their job at all!!

I pity my country.

OMG i just wanted to blog about this whole open-burning business!!! Really pisses me off!!! Just the other day i was driving and noticed some moron doin it...so i wound down my window and yelled "Bodoh ka????!!!!!". I know it's lowering myself to their level but then again i think it's the only kind of language they understand!

in our taman, its very frequent u get to suck carcass like burning smoke at nite... complain letter/demo/report to the news sumua dah cuba...and the burning is still ongoing envelope the whole taman with smoke

i hate to think that , sometimes myself..is just as cowardic/selfish/ignorant as other msians out there.
(not that i did open-burning)...it's just , in general..

And here I am thinking I should come back and make Msia a better place...

kat - it will be home, but just happen to be one who dont welcome their dwellings.

Helen - that is so damn true!

Theodwyn - yeah, i get what you mean. it's getting to a stage where you have to pay even if you are not in the wrong. and the sense of helplessness... truly shite.

leyaw - one stone kill all the birds right?

purple mushroom - not just you, many are geting outta here.

Deisy - no one in the authority ever does anything. they will only act when their position is threatened... which put many innocent at risk.

sabrina - hahahaha... u did the right thing! but many of them, they are just not educated.

jam - well, maybe it's time to work on bringing all of them outta here?

Winn - sigh... we are still very far behind.

white_daisies - i appreciate your passion, but i dont know whether your method is correct. by the way, try reading my latest entry.

I am in the State right now, but I was talking about the opening burning happened in Malaysia, right beside my parents' house before I left for the State last year.

BTW, I am in IL, the politicians here reminded me so much of home.:-) Seems like the Mayor office is a route to the prison. Two are serving their terms on corruptions, the last one was impeached and probably will be charged soon.

The law is only as good as its enforcement and enforcers. They need to work hand in hand to make it work. A lot of things in this country are caused by poor or negligible enforcement by the enforcing parties.

sigh..sad isn't it! we hear so many horrible stories out here in msia..but what has been done? only bloggers getting arrested!

n i agree with winn..it's the EDUCATION!

pinknpurplelizard - enforcement... they are very good at it if they want to...

huei - education is totally screwed... so how?