A lot of people have asked me… “Zewt, how did you get so famous?” First and foremost, I don’t think I am famous per se. To me, I just happen to have a satisfactory level of readership. For that, I have to thank all of you.

Honestly, I am also curious as to how some bloggers command such incredible level of fame. The other day, I was browsing through a very famous blog of a particular country. In case you’re wondering, I am not referring to the local Mr. Sia nor Ms. Xia down south.

My findings were somewhat startling, to me at least. Certainly, there are some very interesting articles by this blogger about life in general but for most part, articles are about the general life of the blogger. It’s like a diary, but written only with information the blogger wishes to share with the reader. 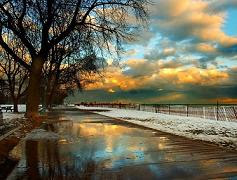 An entry can be very long, detailing exactly what the blogger did in a particular day and it can also be as short as “hey, look what I did today…” – followed by a picture of a shattered glass, indicating that the blogger dropped a glass on the floor that day. Sounds interesting? Doesn’t appears so, isn’t it?

Nevertheless, that blog commands incredible level of traffic and is also capable of attracting lucrative adverts. How so?

Generally, I think there is an in-built need for us humans to make connection. Some may call it as being nosy but to me, it’s this thing called ‘human touch’. We all want to know what happen to others, as long as it is not overly dull. And when you have known a person to a certain level, you just want to know more.

So if you are cracking your head trying to put up thought stimulating entries which I tend to do sometimes (the cracking head part), perhaps we can just sit back and put into words what happen to us today. After all, lives are meant to be interesting. Else, we won’t be so afraid of death.

Try doing a “hey, look what I did today…” and follow that up with a picture of a used condom… I am sure people will be dying to know what it is exactly that you did…

Maybe I will do just that…


2 years go… Is it worth it?
A zewtpinion by zewt at 8:33 pm
Email ThisBlogThis!Share to TwitterShare to FacebookShare to Pinterest
Labels: In the blogosphere

I think people are only interested if they are some sort of celebrity.

Hey you, are you calling me nosy? ;) Perhaps I am cos I read close to 50 blogs a day ranging from mummy's blogs to mummy's writing on behalf of their toddlers' blog. Perhaps I am really nosy.... Hhmmmmm....Gotta think about this...

It's probably not so much testament to the desire for human touch on the part of the readers, but rather, testament to the ability of the writer that he is able to endear himself/herself to his/her readers.

Hope you oticed the subtle compliment there, Zewt :) Same as how we'd feel for any character in a well-written book, I suppose.

Having said that, I still find myself surprised at how fascinated I am by Xiaxue's pictures of random things going on in a life far removed from mine, of a girl whom I could never hope to be friends with, nor want to, tbh.

Fame draws many entities to u... Ranging from psychopath stalkers to 'friends' that you never had.

As for the 'human touch' thing, there is a factor called KPC also. Hahahaha...

the only reasons how a blogger can become famous are:
1) He/She is bloody HAWT
2) He/She is already a celebrity
3) writes bitchy stuff (who doesn't love to read about gossips/bitchy stuff when we are bored?)
4) He/she has an interesting (whether good or bad) life
5) He/she is incredibly funny
6) writes about political (and bitchy) stuff, which brings us back to point number 3.
7) or, for your case, writes insightful stuff.

there's a reason why my blog has not much readership. lol! (but i dont care!)

hahaha how original... that'll attract controversy for sure, and in Malaysia, that's one factor on how to get effortless fame lol

awesome! now this will be the side of Zewt we've never read bout ;)

You know zewt, I read your blog because it is very informative. I find the way you connect things to daily life and how you explain things like the economy and all to be very insightful. I suppose most of your readers find the same thing as well.

To be honest, I sometimes trawl PPS to look for blogs to read, and I'm quite appalled by the way some folks title their posts - usually provocatively, or sounds so interesting but then the content is so so only. Don't mean to diss anyone... but that's just my thoughts.

haha its so hard to be "famous" these days.. too many blogs around.. lol.. and publicity-wise... it's not efficient.. =D

followed by a caption "I got screwed"? or the one like on the T shirt? hahaha

URLIsNotMyBlog - hmm.. why did you say the url is not your blog?

Sheena - hahaha... perhaps you're being tricked by the "everyone is reading it" slogan. and... thanks for the compliment :)

pinknpurplelizard - haha... KPC... nosy is a nice way of calling it.

serenemai - haha... looks like bitchy is the way to go eh? glad you are not like that.

Terra Shield - thanks for your wonderful compliment. i will certainly take this as an encouragement to keep going :)

ahahah well..i think blogging for fame is the wrong thing to do =P just my 1 cent

been there done that..i think the important thing is to blog wutever u want..not have some stupid person or whatever tell u what NOT to do!

i think you have great writings here in your blog so ....readers love it and will visit again...

huei - been there done that? so femes already then sien lah.

lisalicious - i shall take that as a compliment. :)

Zewt, I read your blog because you write in a fairly expository manner. Not too descriptive but enough words to keep plots going.

I reckon that posts with just a thought-provoking photograph like the one you mentioned can garner a lot of responses especially in this day when many people do not like to read much.

However, this way of attracting attention is limiting your blog readership to people of the same culture, or at least those who have become familiar with you. Only these people would understand what you are trying to say in just a few words, or share your humor. Humor made for this purpose is most probably sarcastic in nature.

I guess it's what the blogger wants to achieve by blogging. Is the blogger blogging just to elicit response from a specific crowd?

Well, I've always tried not to over use on photographs when I blog these days. When I do, I put it in my photo gallery instead of pasting it all out in a blog post like a list. This is because I know that I have readers who are blind. These readers read my blog with screen reader softwares. Unless I put title="" tags or alt="" tags to the images, these people will not know what the pictures are about. When a photo is blogged without these attributes, screen readers will pick them up as gibberish.

And sometimes, bloggers use photographs to substitute words. For bling readers using screen readers then, these posts would be meaningless.

I am blogging to raise awareness about NF and to encouragge others to persevere in the face of hardships. These people can come from all walks of life. Even though the level of English among the general Malaysian public seems to be declining, but I believe when we write in proper English, even people who initially have poor command of the language will begin to comprehend once they get into the habit of reading.

Proper English and expository writing is universal, whether it is between English and non-English speakers, between blind or sighted readers.

Yvonne Foong - thank you for your words of encouragement. an eye opening experience to know that you actually have blind readers, it only means that you have taken blogging to a new level. you are right, i truly agree on the english bit. nothing against those who writes in manglish but writing in proper english will do good to those who wants to improve their command of english, including myself.

Hey Zewt I'm sorry if I sounded arrogant by saying "this is because I know that I have readers who are blind...". I was just trying to say that these people exist. And I meant to say, but did not say, that they are everywhere. We can't tell which readers are blind, but they are out there.