My thoughts are everywhere today after reading what has been circulating around. For those who are currently residing overseas, please note that there is another scandal today; though scandal may not be the right word to describe the case.

Elizabeth Wong, a PKR Selangor State exco is said to have her pictures taken while she was asleep and such pics are circulating around. Mainstream media Comics are saying that those are nude pics, to which she described as “intimate”. After what happened in Perak in the past weeks, I can't help but think that Eli Wong is being marked for doom. 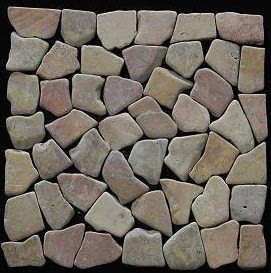 Oh, ya’ know what? Rumours are going around saying the most hated figure in Perak at the moment, Hee Yit Foong needed the money as her husband was in some gambling debts. If this rumour is true, can't help but think it is the same modus operandi that brought down the once great Lee Lam Thye. Co-incidence? Only God knows.

A friend of mine said that PAS has earned his respect. I can't help but agree. You can hang millions in front of a PAS-man and they won’t even move. Put the same millions in front of PKR fellas and the rest is history. And we have not forgotten about how sex being offered should be taken under a PKR fella’s definition.

When he takes office, we are definitely in for an exciting ride.

Last but not least, RPK wrote what seemed like a suicide note. It’s sad to see him go. But ya’ know what? I thoroughly enjoy reading the comments on the note. RPK has got so many supporters. So many said… “I am with you”… “My prayers are with you”… “I will stand beside you” and… that’s basically it. I wonder how RPK feels from all these “supports”.

My thoughts are just so everywhere today. What about you?


2 years ago… A readership dilemma
A zewtpinion by zewt at 10:07 pm
Email ThisBlogThis!Share to TwitterShare to FacebookShare to Pinterest
Labels: Boleh-logy

yeah... it's quite a shock as i was out of connection for few days.
but what happened to lee lam thye b4 this? i dunno... maybe im too young?

Whatever the reason, Hee is still a traitor!

Exactly the same thing I just posted to my blog. To term this a nude pic scandal, a bit over lah.

totally understand how people can give up. i have given up talking about it in my blog...

but i guess when you're living in malaysia, it's a bit hard to not care.
oh, but then there are people who truly don't care! they still say it's a great place and how we have fantastic food and great shopping etc etc

so maybe it's just a matter of perception.

*sigh* what people do for money...

what can I say... what goes around comes around. The 'comes around' part for Elizabeth Wong is certainly not a nice one...

...i have a deep belief that things happen for a reason. It's either there's something really wrong behind Elizabeth's doors that is intended to be exposed to the public for the betterment of all, or this dilemma is just a matter of tribulation in being an assemblyman.. will see how it turns out.

honestly, i just domt know wats going on to the society...everytime i flashed the e-news...NUDE, NAKED PHOTOS leaked, spread or anything.. i wonder how come this 'news' is been spread over n ovr again... leanve out the political issues, stay with the point of this 'photos'...disappontment is an understatement..u know?

i tell lu hor, she have offended too many samseng tats when she got marked...remember the earlier news abt hillside project? she stand very firmly against it mah

eh zewt, u conclude too early jor ler..didnt heard 2 PAs potential katak gonna jump in kedah ah? its not abt party but their effort n time available in choosing a sincere candidate lor

i will choose the earlier lor, u leh?

abt the last letter, i hate to c all those pointless comments lor, oni type nia, its time for constructive efforts not typing! drown the court with heads if u really K lar, tiu!

I read about RPK's note too. On the naked pics scandal, this is really sickening. Her pictures were taken while she was asleep! Is this the new level of politics in Malaysia?? Using nudity to promote shame and embarassment to the opponent?? I find this really sick!! It's a sick country!

drama drama. it's time someone ought to leave this world, and no it's not RPK..it's the traitor!!

i think BN will win back the 5 states. so, who got the credit? najib?

Well there is a price to pay when you betray people. Neway we dont really know what's behind the scene, i'm sure the amount is really lucrative. I guess my bet was right, the next state in trouble will be selangor. Sigh, dirty politics!!!

Oh and about PAS, yes i totally agree when u place money in front of them, they wouldnt move. Damn!!! I really hate msia when it comes to politics.

sigh..ok 1 question..how do we know where we should vote for? following the middle 2 digits of ur ic number (i.e. 05-negeri simbilan, 10-selangor), or following the address on ur ic?

CSK : Politics and money are related closely in Malaysia. Would you be happy if your rice bowl affected when the gov changes and your gang loses power? All this scandal are done by desperate people.

I really respect RPK. He speaks for most of us and I really enjoy reading his posts. And as for Eli Wong, I think she's really unlucky. I pity her.

I've met Elizabeth Wong and she's a nice lady. Too bad this happened, but if there's a by-election, PKR will win again.

I don't think she did anything wrong..Its not that she purposely strip naked @ street... haizz.. wonder what next ??

BN, esp UMNO are immoral bastards. So this is ntg fresh from them la...

The word 'democracy' has quicly disappear in Malaysia politics. All is of money now. First it was Pakatan Rakyat who wants to persuade BN to switch side, now they are the one who jump ship for money.

CK - his wife got into debts... the same case as hee perhaps?

peng - i wouldnt deny that. welcome to AZAIG!

subtlefortitude - hi there. welcome to AZAIG. isnt it obvious that there is malicious intent?

bingo - hahahaha... well, here is not the UK. and most importantly, it happened to the non-ruling party. that's a big thing.

huei - hee? hehehehe... as for whhere to vote, yeah, i think it follows your address in your IC.

faisal admar - he is really trying to make his presence felt... isnt he?

Aoki - migrate it is! Amen to that! hahahaha...

-eiling - if RPK dies... i think we can have the extreme on both side... total silence... or total chaos.

foongpc - let's hope so, things are not what it used to be.

amanda - even if she strip naked and walk at the street... so what?

kyh - let me check it out later.

jam - was it there in the first place?

habis la.. there goes my habit of sleeping in the nude...

i am his supporter le... can see the sticker proudly displayed at the back of my car window...:)

been there since last year...:)

Irene - ok, too much info haha!