Will all these turn into another futile call?

Do you still remember during merdeka period last year when there was a call for us to wear yellow as a sign of ‘civil disobedience’? It was to show that we the rakyat are loyal to the king. Many dropped comments in Malaysia Today (MT) claiming that they will put on a yellow shirt and show the world that we are united.

As far as I remember, I was the only one in a yellow t-shirt when I went out that day.

Then there was a time when MT was distributing car stickers for a particular reason and comments flooded in to ask where people can get it and how many claimed they will put it up in support of MT.

Until today, I have yet to see a single car with MT car sticker. Heck, I don’t even know how it looks like!

Now that RPK is in jail, some quarters are asking the same kind of ‘civil disobedience’ to show our dissatisfaction towards the detention. Some have gone bald and have actually put up their bald heads in their blog. Kudos to them! 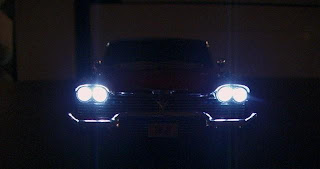 The bravest call is to ask people to wear the ‘Free RPK’ T-shirts. Now, if you look at the comments that have been flooding in to MT in the last few weeks, you will see that people are totally entirely wholesomely behind RPK. But will people actually let their action speak louder than their words? Or will this end up just like another call to wear yellow or the MT car sticker fiasco?

Personally, I don’t think all these driving cars with headlights on during the day or put on a specific t-shirt is going to achieve anything. In fact, I don’t even believe in the online petition, they are all a waste of time to me. What have all these achieved? Anything fruitful? I know… some will say, don’t give up just because we have not seen any result. Fair enough… why don’t you try our public transport and don’t drive? Don’t give up just because you have not seen the public transport turned good!

And, let’s just admit it. When it comes to the crunch time. A lot… and I mean a lot of us do not have what it takes to get down to real business. We are still a bunch of people who only know how to talk big. And even that, it only happens on internet. Therefore, I think all these are just going to fail, miserably yet again. If you think I am wrong, then prove it!
A zewtpinion by zewt at 11:57 pm
Email ThisBlogThis!Share to TwitterShare to FacebookShare to Pinterest
Labels: In the blogosphere, In the news

Hmm...I guess the most effective "civil obedience" method would still be "organized" public protest like the candle light vigils held right after the ISA crackdown. It tells the gov. straight in the face that: "Hello! We people don't like what you're doing! Please stop it!" That's part of the reason why Tan Hoon Cheng and Teresa Kok were released pretty soon.

But RPK, he's been a thorn at the BN's side for a long time, they probably wanna get rid of him since a loooong time ago...so I guess it'll need more than the "usual-style" protest...Something bigger scale...but what? hmm...

i dun understand the drive with headlights on during the day? what can it do? O.o

I can't prove you wrong. In fact, I agree with you. I generally don't bother signing petitions unless it will be addressed to someone who I think can make a difference. If the petition is to the government, then you can basically throw the petition into the wastepaper basket.

I agree with commenter Rin about organized protest being the most effective. I am fully supportive of people showing up in numbers to show disagreement with something when all other avenues fail to produce results. The staggering number of people that showed up to the Bersih and Hindraf rallies can serve as a better wake up call than an online petition.

Unfortunately, as most people like me find out later, public protests in Malaysia aren't exactly the safest thing to do.

i was at the blog house and there were cops on the other side of the road waiting.. just waiting or intimidating.

I have to admit i was really intimidated but with a fellow persuasion from another blogger, Ck. He dragged me into the candle light Virgil.

Why was I afraid? I was arrested for some political agenda and i never enjoyed the 10 hours detention and the best part is I was not even involved. My lawyers at that time, Suren and Amer advised me to stay away from such because I launched a police report against the police and media for unlawful detention.

But today after braving such paranoia, I don't mind getting arrested again for supporting the abolish ISA move. i made 399 friends the last time.. lol

well, i've long rest my case on this.

btw, zewt, is the journey to go to grassy land migration still going?

I've been asked to let others be heroes by family members! I guess that's the mentality at the moment for some. Support in words and/or thru blogs but when it comes to actual involvement we "chicken" out. Can't really blame them for the SHITHEADs are stifling justice and democracy with ISA as well as scare tactic.

I'm very much thinking of sending a postcard to RPK while taking an image of it to email to the admin to ensure that the actual postcard is being received by RPK without being filtered by the authorities (rather un-authorities).

"Drive with headlights on during the day" is actually a safety ruling in Shell to all the employees for driving for work-purpose. Do I agree to this(as a safety reason)? No, I didn't think it made sense. Also, it shortens the lifespan of the car batt.

But showing support for RPK doing this... well, just bear in mind some of them might be Shell staff. :P

i have nothing to prove u wrong either..but..
"there can be miracles..when u believeee"

Who dares to act in such a way when there is our dear ISA around?

I agree. They are all just a waste of money. And no matter how many petitions you signed, nothing will happen. The truth of the matter is, a lot of people just want to feel that they are a part of something big, something grand, but when it comes to actually walk the talk, they will come up with so many reasons and excuses. I guess that's human nature.

feeling better today. it is weird though to feel like falling sick but don't actually fall sick.

anyway, since we don't exactly live in the same area and perhaps go home at different time, you may not be able to see that wonderful banner at the back of my car (which is proudly displayed)...:)

btw, i also wore yellow on those fine saturdays leading up to my wedding. there weren't many who wore yellow but i noticed them.

it is true that many of us don't walk the talk at other times (such as the Hindraf march since i was occupied with my own activities that day).

i think i will send greeting cards instead. to be fair, many of them deserve to know we support them even if in the end, the authorities hid it from them.

like Elijah right after demonstrating the power of God after he challenged the prophets of Baal on Mount Carmel, he too lamented to God that there is no one in Israel left but him that worship the Lord. And what did God tell him? "Yet I have reserved seven thousand in Israel, all whose knees have not bowed to Baal" (1 Kings 19:18).

hence, don't lose heart as the rakyat has already exercised their electoral rights to prove a point. you are not alone and even if this measure fails but at least on our part, we did what is right.

doing sumthing is better than not doing anything at all.

Of all the suggestions that's been going around, I still think wearing a yellow T or something yellow on Saturdays is easier to carry out. But I agree with you that it'll not make much difference to the hardened UMNO taikors. They'll never change in another 100 years unless they get kicked out by the rakyat.

Perhaps we need another mass rally like the successful BERSIH event to put an end to ISA?

The problem with people online (bloggers, mostly) is that they think they are so powerful.

The reason you don't see many people 'showing support' is because when you walk on the streets, the average Joe doesn't give a shit about RPK, or blogging, or freedom of blogging.

I promise, if you stood at a bus stop and surveyed random people, you would find that probably only 1 in 100 people have read MT, ever.

that is so true. but even if we speak up, is that gonna work? wud our government ever listen to what we say? and does it even matter to them?

even if we speak our mind, we wud be shut up by the ISA law. so the main point is, what's the point of doing it when it aint gonna work at all?

Rin - hmm.... i am still skeptical on what that can achieve. i think our govt is immune to such things. somethign more drastic. i know of some... but better dont suggest.

rainbow angeles - sigh... wait ler. patience. i also not that interested into it already.

Klaw - i am not a supporter for street protests too. i think it's also a futile move. i honestly think, hartal is good. bu it will take a lot of balls to do it.

Walau aka whoalse - yeah, everyone is waiting for others to be heroes. so in the end, there was only 1... RPK. but i am very uplifted by the videos on the ISA vigil... a lot of young people.

purple mushroom - have to do something to get it abolished then.

anak merdeka - dont think another mass rally can do much. i think our king should really do something.

vincent - yes, we think we are powerful, but we are nothing. couldnt agree more. and MT readers... they only know how to talk cock.

nicole - yes, you made all the right points. i guess that is why so many of us are numb and given up... and that is exactly what our govt wants. will we fall for it?

those 99 out of 100 tat dun read MT wont suddenly get enlighted by god n support the cause ok, the every 1 out of 100 need to bcome the front fighter to spread it, i oso wear yellow even in the down south island.

shame on u 'internet capable' ppl who keep blaming others being NATO making urself a NATO follower.

mr zewt, mayb u trying to agitate the NATO to AFT, but many seems to demoralise by it instead. Agung wont b able to do anything if he cant c many of us do sumthing

Most of the time, Malaysians are say better than do.

jam - not most but all the time.