In a seminar organised by the Malaysian Institute of Taxation yesterday, the Director General of Inland Revenue, basically the biggest boss in the income tax department said that the goodies given by the govt are effective immediately, so utilise it. She was referring to the various tax exemption given to employees in relation to meal allowance, travelling allowance, hand-phone allowance and some other stuff.

Yes, some of the allowances that you used to be getting are now tax free, you don’t need to pay tax for it. But not everyone is fortunate enough to get all these as some companies are pretty stingy and squeeze their modern slaves to the fullest thus, they will try to reduce the allowances payment. 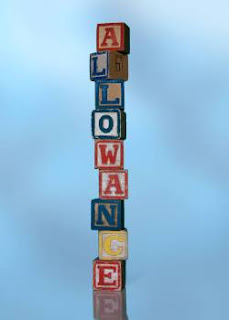 The income tax department boss echoed what our PM said last Friday, that all these exemptions are to encourage employees to give more of such allowances to the employees in the light of the current rising of inflation and rough times.

What the top management is interested in is … “So now, how much lesser tax am I going to pay?”… “Please make sure the allowance paid to me is now excluded from my EA Form”

Without a change in attitude and mentality, goodies given out to the rakyat, together with all the other proposals made… will fail.

P/S: If you are a boss, what are you doing to improve the welfare of your staff?
A zewtpinion by zewt at 9:50 pm
Email ThisBlogThis!Share to TwitterShare to FacebookShare to Pinterest
Labels: Modern Slavery

Can I ask what they (the IRB) confirmed? Allowances can be cash with a name, like "travelling" or "child care". Can those just be termed like that and get the employee the required exemption?

Cut here cut there does it really end up in the employees pockets at the end of the day?

Don't get me started on modern day slave drivers. lol

Organizations who are on the more caring mode, would have done the necessary in facing the current economic situation.

These exemptions is only good when they are ALREADY practising it than the possibility of starting it.

It's counter productive if any given year later this so called exemption is called off and employers start to switch off such benefits again.

In other words, this only serves as an incentive for employers, not exactly to the employees

that's why m'sia should start having the min. wage system (and min allowance for meal, travelling etc) to prevent workers' exploitation...

Maybe the exemption was meant to please the upper class of society from the beginning. Maybe. =P

be selfless and not plain business-wise prudent..
help us not help themselves .. increase the tax-free salary component and not better their profits :)
we slaves ask for too much! :)

"Without a change in attitude and mentality, goodies given out to the rakyat, together with all the other proposals made… will fail."

I agree with this. And I guess thats what the Badawi administration still doesnt get.

At the end of the day, selfishness and corruption will come in between the gaps to fill over the benefits.

i guess that's where the Union system is helpful in cases like this..

you could look at it both ways: unions will somewhat impede on corporate growth a little, because the employers wouldn't dare to be unscrupulous to create growth, but then you will be assured your workers rights' are taken care of.
every year the union rep will negotiate a mandatory pay rise ( equivalent to the country's inflation figures), and among other things to make sure that no one is cheated.

sorry for being a pain but...

i think it should be "to encourage employers (not employees) to give more of such allowances to the employees in the light of the current rising of inflation and rough times."

anyway, we should cut this dependency-on-govt mindset and have small government which is efficient in spending. we have a bloated civil service which needs trimming and certainly abuses which need checking...

zewt,
thanks for responding to my post. whatever i wrote may not be all that accurate. therefore i think it is better for one to watch the film themselves. it's be nice if you can watch the video that i put up on this post and write about what you think/feel after watching it. it'll be great if you can let your readers know about "what rainforest?" and that it'll be screened at freedom film fest and probably encourage them to attend it. it'll be good if you yourself can attend it then you'll be able to blog about it your own words and with your own conviction. Thanks again =)

Oh dear. I'm not a boss myself, so maybe the question I best ask is: What am I doing to improve MY own welfare? Hmm....

allowances? i just realized that the very little allowance i have..is used to go to lots n lots of places TT_TT

I remember refusing to go to a certain destination, if she never paid me any allowances. In the end she did but she made so much noise saying I cheated her money, Bloody Dutch! even I showed receipts.

Nevertheless, with such experience, I doubt i would be exploiting any of my workers. But I probably exploit others.

And currently in my business, I am the motivator and I do reward my staff and so far, I have learned to control my temper. Since I now know that by giving allowances, it is tax exempted, i better stop stacking on my book purchasing receipts.

Also, i enjoy giving money to charity, it is tax exempted too.

The allowances not excluded from income tax computation then the better don't give allowance because it only increase the taxable income .... maybe the IRB should include a clause, all allowances are exempted...?

Taxy Driver - u mean restructure your salary into allowances? that's a no no. TLK said that.

There can only be one PHYL - hello... welcome to AZAIG. hahaha... modern slavery, always a good point of discussion eh?

freethinker - fair enough, but then again... the measures are indeed to help the poor, not the rich.

Rin - hello, welcome to AZAIG. yes, we really need an union. but then right, in those industry which has union, ppl are afraid to join... as it may be a career suicide move.

rashikaps - but yet, we must ask more :P

pavlova - impede it may... but dont u think corporate growth has really gone too far. it's the sole reason why the rich are getting richer.

u-jean - go all the way to sarawak? i would love to. need free accommodation though :)

life for beginners - you should ask... is there anything you can do to make it better?

huntressmoon - just remember, when you become a boss one day, u remember how it was like to be a slave.

EliteVillain - that's the idea... quite a number of allowances are now exempted... but whether the employers will give them to u, that's another question.

You should be happy for the latest tax exemption. The IRB director you mean Dato’ Hasmah? :) She is such a lovely woman.

The latest budget said about tax exemption on bank loans too. For my opinion this is fair enough. Normally people curse IRB for chop off their head money without look at the loans they owe with bank or worse banks. Now they can enjoy the tax exemption. Be a good boy to IRB ok? :)

If I am a boss I want to gain respect from my kindness not from hatred :)

Just like Linkin Park's song...In The End...it really doesn't matter. Too bad, the loopholes are aplenty and it's being exploited by those money squeezing bosses!!!

Christiano Ronaldo said that he is a Slave too. But he earned almost $400K a week! =/

There was a naughty boy,

And a naughty boy was he,

He ran away to Scotland

The people for to see

So he stood in his shoes

He stood in his shoes

tekkaus - that ronaldo... feel like slapping the shit out of him for that statement.