I first heard about it when I was in University. The guy who told me is the same person who told me about this “tragic” story. I have since heard similar stories from other people but whether it is true or otherwise, no one knows… 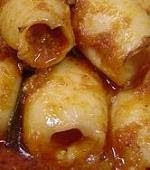 Ya’ see… fishermen go to see and spend quite a substantial amount of time there. I was told that it may be as long as weeks, or even more than a month. And ya’ know, spending time out in the sea for such a long period of time tends to result in extreme boredom and loneliness when fishermen are not actively engaging in fishing activities. 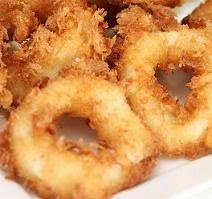 Have you heard of this before?
Is it true?
And… are you a squid lover?

2 years ago… A sight at the gym
A zewtpinion by zewt at 6:52 pm
Email ThisBlogThis!Share to TwitterShare to FacebookShare to Pinterest
Labels: Growing Up, Use your juice, Zewt on food

I hope I don't think of this story when I eat sotong next time. =X

Fishermen do all sorts of things. Think that adds to the reasons of why they don't want women on board.

But I guess these fishermen who do it dont think about the parasites which are on a sea creature. The infestation could render a healthy man quite sick until doctors determine the remedy.

Parasites are also a reason why one has to be selective of sashimi and to cook the fish through.

Not sure if anyone realises that some of the squid/calamari rings are not made of real squid or calamari but white fish meat. There is a difference in the texture and taste even with all the artificial flavourings and enhancers.

I've nvr thought of that, lol! But the idea of having an animal carcass wrapping tightly around your thing is........

Isn't this a bit too early for Friday frolics? Hahahaha!!!

Yes.. I heard about this 10 years ago from my internet friends.. but I cannot remember if he's a sailor. Perhaps I shall ask my new sailor boy.

Gosh Zewt... and to think that squid happens to be my favourite kind of seafood!

You're just a one trick pony. What a lame write-up. But the public likes you, jolly shame.

@lol at the first Anonymous

I think I won't eat sotong bakar anymore... now I know why the squid in Malaysia has such rich flavor, ewww.. Zewt, do you know that lonely chicken farmers use chi... nevermind, let's not go there :P

damn... i could not get any squid here in germany >< i wanna try... lol hohohohohohohoho lmao

Wahahaha.. for real? Fortunately, i don't like squid. :P

talk about bestiality! i wont look at a squid the same way again! euuugh...

oer... i'll never eat squid outside again... i can get quite OCD when I'm cleaning it at home so I guess that shud b safe to eat... but den again... us being malaysians will conveniently forget this story by the time you can say... 'what was it again???'

hahaha...
i just had the most screwed up thought after reading that... you said it was an evolution, so that means they must have tried all kinds of fish before choosing sotong? (except maybe shark!) LOL

just to add...you will become the "sotong" in some nights...

This is new, I have never heard of it before! Yes, I am a squid lover too!

This brings a totally new definition to 'squid lover'. LOL!!!

eeew... where do you hear such thing? anyone can prove it's true? I love squids but now... I think I'll not be able to look at squids the same way again!

Anyway, what the heck - sotong are yummy!

i m going to have sotong for dinner today..damn..

ha ha! almost akin to the story of the origin of the hole in a doughnut!!!

Won't somebody please think of the poor squid!?

pinknpurplelizard - ooohhh... guess it will be too late when they finally found out. calamari which is not calamari... hmm, that's new.

kyh - to the fishermen... better that carcass than mrs palm.

MKL - hmmm... u jus inspired me to write something else :P

Amanda Christine Wong - can still close your eyes and eat though :P

~aSstHa~ - exactly... you truly understand how malaysians are... the beauty of being a malaysian... as long as it looks yummy, eat it!

eiling lim - when u asked someone to prove if it's true... i wonder what you mean... :P

Cyanide - ahhh... a true blue malaysian you are :P

neno - make sure you clean it throughly...

Wow, there is a great deal of useful information in this post!

I believe one and all must glance at it.

to see and memcaca what was in my yard this content becomes more widely know, for that I thank you very much.

I've done this before. The slime feels great.