One that has gone extinct

I am sure we all miss the fun of firecrackers. Without it, CNY seems to have lost part of its meaning. But it has been banned because of some morons who decided to play firecrackers at a different level. Because of them, we can no longer light our “bang bang bang”, not even those which are perfectly harmless.

Besides firecrackers, it just occurred to me that there is this particular fun tradition that has gone missing. This particular tradition is akin to those practised during Halloween, when kids dressing up in funny costumes and go around knocking on the door of their neighbours asking for “trick or treats”. They will usually be given candies.

Do you know that we have something similar for CNY…? 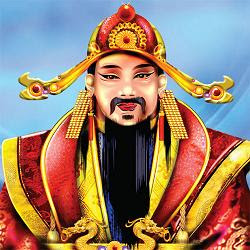 It’s usually done on the eve of CNY. When the clock strikes 12, you will get people knocking on your door and they will shout…. “Choy Sun Do!”. It simply means, the god of fortune has arrived. A piece of red paper will be pasted on your door with wonderful CNY greetings written on it. You are then to give these so called “Choy Sun” an ang-pow. Of course, these people do not dress up in funny costumes, just a plain red top will do.

I remember helping my Mom preparing ang-pows with RM1 or RM0,50 in preparation of these “Choy Suns” and I have always wanted to do that. I mean, who doesn’t want to go around asking for money by just shouting “Choy Sun Do!”. But my Mom reckoned it was not safe for me to run around the neighbourhood in the middle of the night.

What do you think? Do you have any practises that have gone missing?

1 year ago… Experiencing Hillsong in London… The weekend gem… You pee, I pee, he pees, she pees

2 years ago… Beyond the smashes… Modern slavery – the beginning… The right motivation
A zewtpinion by zewt at 9:55 am
Email ThisBlogThis!Share to TwitterShare to FacebookShare to Pinterest
Labels: Growing Up

well, there are a lot of firecrackers around my place
so noisy that I have a hard time sleeping ...lolx

pretty fireworks somemore ... not those cheap cheap ones ...haha and I thought the economy is bad ...

people give angpow to show how rich they are .."-_-

Believe me, those rich people will still able to find their way for firecrackers.

for malay culture, when i was a kid i used to go around the neighborhood and visit them. ate good foods and collected green pow. but now no more. the green pow you only get from the relative and most kid would stay home rather than visiting around. guess money not really a big thing for them anymore :) i don't know... or maybe their family have given enough green pow.

i used to play lots of fire crackers too but now government has banned it which make me miss it a lot. kids nowadays always go beyond the limit by playing those sound like a grenade instead of the regular one. i wonder why :(

Nvr heard of that. Sigh.

i never heard of this tradition. interesting..

come to think of it.. if there is one thing i really miss about our festivals, that would be the firecrackers.

I guess the modern neighbourhoods just not "compatible" anymore with this with all the security and gates....

Unless, the kids climb over....

Firecrackers and fireworks = toxic fumes and air pollution = greenhouse effect and global warming = melting of the ice caps = severe floods etc.... This year, here we only had a bit around midnight for about half an hour, unlike before when we had it all day and all night like there was a war raging! Good, let's hope it stays that way. Just keep it to the minimal to uphold the tradition, that's enough.

the days of the firecrackers may be numbered with the restrictions imposed. my neighbour just got the battery-operated version that really sounded fake.

will Choy Sun be battery-operated in the near future, too?

Many people playing illegal fireworks... and some are not even celebrating CNY.

we never had such practice growing up, I guess I'm too young! *flick hair & walk off* ;-P

It's been a while. Got too much work to do until I didn't quite get to celebrate CNY.

Anyway, I miss the firecrackers but growing up, didn't get to see those folks dressing up like "choy sun" to visit... It's a nice practice though.

I've never heard of the "choy sun Do!" practice though..but I know people still steer clear of cleaning their house on the first day of CNY - at least till noon!

I beg to differ to Jessen. Its not only the rich who buy firecrackers but also the other classes.

I miss having a war with my cousins using firecrackers as ammo. Hehehe... We all used to blow our ang pow money on it. After all it was only once a year. ;)

The firecrackers now have no 'kick' to them anymore. Not as shiok as last time where u get the huge loud "BOOM!"

I miss the Pop Pop crackers, you know, the ones which you throw onto the ground and it goes bang. Where did those go?

they had such things?? how come i din know about that?????

as much as i hated firecrackers when i was younger because i always get scared by the noise..i'm so missing them now..cny feels so empty without scary sleepless nights!

Firecrackers still been played a lot over here. There is nothing police can do. There was once a police car came patrolling during the midnight of CNY eve, but no one was caught. It will take a huge lockup to put all of us in! BTW, the custom that you mentioned I never heard of it before.

Yeah.. I missed firecracker. I still remembered last time my cousins and I will always play during CNY. Got one time it went dangerously under the car and BOOM! hahahha..Luckily nothing happened. Alright, that IS dangerous! Miss those times!

I didn't know such custom existed! Seems like fun. For the past 2-3yrs, the tradition I've been to is counting down to CNY and partying till 4-5am. And nex morning have to wake up at 7am! Hahahaha....

Firecrackers during CNY. Memories of spending a small fortune buying all kinds of firecrackers and fireworks.

When night came, me and my brother would go to a vacant space not far from where we lived to set them free. Sometimes, my parents would accompany us.

We watched those sparks in the sky and would be mesmerized. And in that short period of time, nothing would seemed more beautiful than those fireworks exploding in the sky except the stars.

I missed those days.

lisalicious - well, i would rather not give any ang pow... cos i am not rich :)

Jessen - i know... i personally know one of them.

faisal admar - yeah, we shuld just stick with those nice happy looking fireworks like bunga api. those are harmless ler. so did u have your yee sang? come KL, we go yee sang once.

kyh - bought it but never really put it up... it's ok... forget about it ler. i prefer blogspot. and i dont want to lose the page rank.

tulipspeaks - yeah, but if you have money, u can still buy it... albeit illegally.

freethinker - or they can just ring the bell... and when someone answer... then only shout the magical word.

suituapui - i must say you have a point there. does that mean we must also stop ppl from burning those papers during hungry ghost festival?

doc - maybe in the near future, reunion dinner can be done via the web.

angie tan - maybe we should really start that... looks like it's dead already.

giddy tigress - well, that's easy to do. and ppl do it becos it relates to wealth.

pinknpurplelizard - yeah, i rememember not being able to sleep during CNY due to firecrackers. no complain of cos. i love it.

Tine - hey... those are still around!

huei - hahaha... but u want sleep woh... else you will curse non stop.

jam - yeah, i sincerely believe that custom is dead. how sad... i seriously is feeling sad.

missironic - hahahaha... it has been so long since i last partied...

LightsInTheDistance - sigh... the way u described it... i seriously want to go back to those days. when life was just plain and simple.

Probably cause you're already in the married life? hahaha...

but it feels sad n empty without it! =P i mean..inclusive of the cursing n swearing n all =P

wow..din noe such tradition exists..hehehe..firecrackers are still widely used at the place i celebrate my CNY..

neno - yup... we have such tradition. and clearly, it has gone with the wind already.