The industry that I work in is pretty small. Whenever there is a vacancy somewhere, news will to spread rather quickly. As the news about a vacancy in the company where I work in, I started getting calls from friends and ex-colleagues alike starting 2 months ago.

“Zewt, you resign ah?”… that’s the most frequent assumption to start of further inquiry about the position. Of course, I told them I am staying put and that my unit is going through an expansion thus recruiting an additional person. Thereafter, they will usually inquire more about the role and how the of course, how the pay package is like. But all the inquiries came to an abrupt pause when I told them… 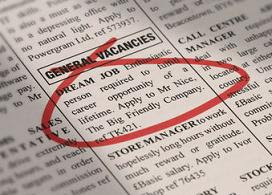 “I have to tell you something… this position reports to me.”

I have to disclose that part of the vacancy to them and I know for a fact that almost all of them will have problems accepting that fact. Some did say that the will still consider if the package is good but I never hear from them as soon as they hung up.

At this juncture, let’s pause and evaluate. Will you ever take up a role that will require you to report to someone whom you know and this someone is actually your junior?
A zewtpinion by zewt at 10:23 pm
Email ThisBlogThis!Share to TwitterShare to FacebookShare to Pinterest
Labels: Zewt on Life

I am no where near that age to think from their shoes but in my humble opinions, it depends. Are you desperate for the job to make ends meet? Are you near the age to get your EPF and you can't be bothered about money but to work for passing time? or do you think the junior superior is someone worthy of his position?

I personally don't think it's a problem actually.

why not if the pay is good.
there must be a reason he or she is there.
congrats!

'Work is work' I've learned that apart from a)work quality b)the pay that goes with it. The rest of it doesn't matter. Perhaps it's a bruised ego for others..i rest my case a long time ago.

I might have some ego issues at first, but if the youngster is competent, I may have faith in him/her as my boss.

I guess it doesn't really matter.

HE has a reason for everything. Junior bosses included. ;)

That's a tough one. I think if given a choice, I wouldn't wanna work for someone who's junior, unless that someone is a brilliant genius, like say the younger version of Bill Gates. But if you're talking about someone I KNOW, maybe someone from school, that's a little awkward.

if the pay is good and that someone i know is not that difficult or irrational to work with...

So, are you still looking or have you found someone?

If the person is very capable at doing his/her work. I don't see why not. Age doesn't really matters that much. Unless the age gap is very wide. hahahaha.. If it's someone that u noe and can work easily wif, it's like additional bonus. tat's wat i tink.

it wouldn't matter to me. as long as the person is clearly competent. competency wins my respect.

i think it's a bit weird lor.. but then if it's good pay and the friend is a good boss, why not?

It might be a little awkward, I guess, but if the pay is good, then why not?

no. i wont werk with sumone that i know.especially siblings,relative and good friends.

As per earlier comments, it's not them but you that matters...whether you can handle the intricate situation skilfully. My boss was 15 years younger than me (He got the post by default!) but he was the best, the nicest and most capable boss I ever had! He was younger than most of the other staff members too...and we all worked very well today and won a string of accolades through our co-operation and joint-effort. So, are you up to it? That is the question!

Addicted to the Disturbed State said...

Hmm.. difficult to say.. I am having a different problem though. The ones who have to ask me for tasks are my juniors and they ask me about tasks. But well if a person is really capable, I dont think I'd have a problem reporting to her. Depends on the situation.

The word junior means what? In terms of age, or you were previously reporting to him / her?

In terms of age, I think it's very common nowadays. My brother has people older than him reporting to him, and my assistant is also older than me.

But I seldom see anyone reporting to their past subordinates, though there is one such case in my company.. but from the Ireland team.

But like all other cmments, I guess it very much depends on individuals. I personally don't mind reporting to someone younger than me. It happens... and if that person is good, why not?

ven - well, i sincerely hope other ppl feel that way. anyway, junior here also means that i can be one who used to work for that person.

-=Sin=- - well, not all think like that. i guess some ppl has got self esteem issue.

crankster - what is that youngster used to work for you before?

iamthwitch - well, i am referring to someone who used to work for you. younger by age too obviously... how about that?

missironic - well, age gap can be wide. and what if that someone used to work for you before?

imp - again... junior here means someone who used to work for you... how about that?

terra shield - what if that someone once used to report to u?

suituapui - brilliant comment... yup... doesnt matter at all. of cos, i think the pay plays an important role.

Addicited to the disturbed state - if the position doubles your current pay?

purple mushroom - ahh... really forgotten to define that. junior here means.... someone who is younger (obviouslyl) and is someone who used to report to u... how?