I don’t know about you but this news is worrying. For those who are unaware, the cabinet (i.e. the govt) has agreed in principle to create a pension scheme for private sector employees via the EPF. Unless you are a govt servant, this will affect your money. Anyone? 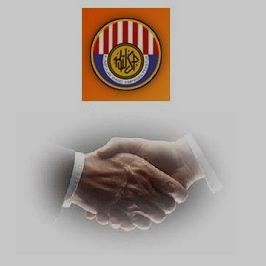 What if a retiree dies at the age of say… 58? Who will pocket the EPF balances?

A married couple who are almost of the same age retires. Let’s say they are without children, like many Chinese couples out there… their respective beneficiaries would naturally be… each other. What if the husband passes away at 58 and then the wife follows suit at 60? Guess who is going to pocket the money?

Regardless of how well we manage our beneficiary list, there are bound to be difficulties in claiming what is rightfully ours.

When the ruling on voluntary reduction of EPF from 11% to 8% was introduced, there were a lot of debates. Decreasing contribution to 8% will not really help on expenditure… Decreasing will increase tax… Should have imposed the form-filing request only to those who opt for 8%... etc…

But if this proposal goes through, the additional 3% that I managed to salvage will be insignificant. All out money in the EPF will never be seen for a really long time.

There are many other worrying factors. But not having to get out money for a long time should be our main concern… for now.

A year ago… They say it’s just a number
2 years ago… A quick pick so far
2 years 9 days ago… Trustology
A zewtpinion by zewt at 10:36 pm
Email ThisBlogThis!Share to TwitterShare to FacebookShare to Pinterest
Labels: In the news

You're right. Of cuz, this type of news will surely get the minister backtracking, saying that this type of pension scheme will be optional for private sector retirees. But how many ppl would opt to get their hard earned money later, rather than now?

I think we should stay tuned for more news on this proposal.

I've been thinking about the 8% deduction for a while and reading this, now I am going to follow your decision! Thanks for being the catalyst! :)

have to agree, I will choose to have the money in my pocket rather than someone else's.

What if the scheme proposes to pay you a fix monthly income till you die? This is what happens in France. Children don't inherit a cent from parents retirement fund once the parents pass away. In fact the fund will be used to finance other retirees.

yeah i think having to withdraw a lump sum is a better way haha :)

Yikes. What will they think of next? :(

ugh! disgusting! they're just pure stupid, or thinks that we are!!

the has been a study that the majority those who w/d their epf savings will finish within 3 years. coupled with a longer average life span more and more malaysian will have to find a way to survive once the savings runs out...

If retirees want to spend their money 'unwisely' that's their choice.
If the government is trustworthy, like in most of the 1st world countries, then yeah, having a pension scheme is feasible. But at the end of the day, this hard earned money is still the employee's and it's their right to do whatever they want out of it, even if it means that they want to gamble away with it.

zewt, if you guys are passionately against this proposal, then more noise has to be made.
They have not made this "proposal" the first time. It was mentioned a few years ago as well....

People can't keep living in fear like that all the time. My parents are constantly worried that the government will do this, especially when they're approaching retirement age and by that time the EPF contribution would have been significant.

Oh my! I hope the proposal doesn't pan out. That's just crazy. I think they should give people an option if they want it in a pension scheme or lump sum.

I'd rather get the lump sum and manage my "retirement fund" myself than leaving it for the govt to find ways "siphoning" them out. At least, I won't blame the govt for bad investment returns while simultaneously there are plenty of better investment options out there.

With the Maddoff case going on, who know this is the same scheme? Even such a wellknown, well-connected investor who has a responsibility to report to SEC and be audited can run the Ponzi scheme, why not this one?

another g8 reason to move (down) to a greener pasture ;)

300billion ringgit epf money for the govt to think on how to spend it without the knowdledge of the contributor.

Go to EPF and find out the truth instead of depending on the half-past six newspaper reporters. Contributor has option - take out all or in specific amounts monthly - contributor decides what amount! Problem is many took out all and spent all in 2-3 years and had no money left. To prevent this, govt servants retiring have to attend course on how to manage their funds.

i guess many of us would prefer a lump sum to start a small business when we retired but with this monthly withdrawal i doubt we able to do that.
imo..this is another stupid policy of screwing us(modern slave).
btw,i can't recall in all my slavery life.
did the goverment ever implement a policy that benefit us?
obviously,a big NO.but we still let them govern us.
we are either very sick people or we love getting screwed.

a bunch of assh0le trying to squeeze money out of rakyat..

If I choose to retire today, can I withdraw one lump sum? LOL
Seriously disturbing...

For us semi government company, we can decide whether to stick with EPF or choose the pension scheme. I will stick with EPF since I won't work there forever :)

i opted to remain 11% if they change it to pension scheme, how am i going to survive when i'm old? gosh..... i rather take my money at one shot and do my own stuff than getting my money monthly....

Klaw - one should ask... is helping retiree prolong the life of EPF really is the noble intention?

Estrelita - it will not make a big difference but it's still something.

Bee Ean - nope, it's based on what we have contributed. no such 'kap la' jumping in the street.

eddy - hi there... yes, who wouldnt want their money in their own hands?

life for beginners - more things that you cant imagine i am sure.

huei - well, we can fux them... but at the end of the day... they are the one who will make the decision.

pavlova - well said, it's really up to the retirees. yes, i feel for those who are about to retire. certainly, they will feel cheated. we certainly need to make some noise.

Terra Shield - well, by saving the taxes... you might just lose out on other things..

whoalse - yup... i dont mind the govt managing it if they have a good track record... in which case, they dont.

anon @ 16/1 9.57pm - your comment was ok until you mentioned govt servants. as far as i know, govt servants get pension for life and they dont have EPF... so what is this about them getting fund management training?

Edi - maybe it has already been squeezed dry?

giddy tigress - maybe now u can... before the make the decision...

Faisal Admar - hahaha... damn smart move. you shouldnt waste your talent there. or better... wait till the employer changes.

kyliemc - that's the wonderful govt for u...

I was a govt servant and those around my time contributed to EPF for 10 years until we got into the pension scheme and the govt portion was duly returned. Many withdrew to buy a house, computer, pay for kids' education. I just retired and withdrew 1 lump sum which was a great deal more than if l had put the money in a bank. I could but l did not want the option to take out in instalments. Contributors now on pension scheme today have the option to add-on to what they have inside to enjoy higher returns and many are doing that as bank interests are dropping. Obviously you dont know the nitty-gritty details or you choose not to know?