A theory of 2 companies

Imagine there are 2 companies, Company A and Company B. Both companies are in the same business in town, and their business is rather specialised. This means the workers in this business can only work in Company A or B in this town.

Both companies are actually doing quite well despite the current economic condition. But one day, the big boss of Company A decided to downsize the company. Certainly, with the bad economic state, it’s not that difficult to obtain regulatory approval. 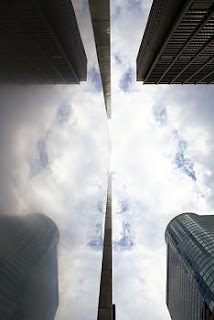 And so Company A retrench say… 30% of its personnel. Of course, they don’t really call it retrenchment. Packaging is important so it’s usually called voluntary separation scheme, flexible separation scheme, this scheme and that scheme. No matter what the call it, people will lose their job. The 70% remaining people in Company A will then become fearful thus will not dare to demand for increment or bonus.

With this, then Company B suddenly went on a recruitment drive and recruited the 30% workers in the market that only Company B can employ, due to their specialised skills. Of course, these 30% workers will employed by Company B at a much lower salary than before. Well, they have been retrenched, not much choice right?

Interestingly, Company B then retrench 30% of its original staff strength. These 30% being retrenched are not the newly employed ex-Company A workers, they are the existing ones. Made sense right? You employ all the ex-Company A workers cheaply, you can then get rid of those in current payroll who are getting much higher pay. Naturally, this also sends a chill to existing Company B workers thus they too do not dare to demand for increment and bonus.

More interestingly, Company A too went on a recruitment drive and employ the 30% retrenched ex-Company B workers. Of course, they are employed at a much lower salary compared to their previous employment in Company B.

In conclusion, 30% of staff changed working place between Company A and Company B resulting in massive reduction in staff cost. The non-retrenched staff paranoid about losing their job thus will not ask for increment and bonus resulting in an even more massive reduction in cost. Since both companies are actually doing well despite the economic crisis, there is a sudden increase in profit.

It’s just a theory… anyone got a morale of the theory?
A zewtpinion by zewt at 10:18 pm
Email ThisBlogThis!Share to TwitterShare to FacebookShare to Pinterest
Labels: Modern Colonisation, Modern Slavery, Use your juice, Zewtconomics

Moral of the story - bosses always fuck employees when they feel like fucking, and

i belong to a close knit industry too.
its so small, we often have "exchange programs".

quite often, we have someone leave the company to join the rival, and the vacancy would be filled by someone from the rival company. everyone moves for a 20% increment kinda thing.

a matter of who has the upper hand at that time.

It's a good one.. but not sustainable because you cant recycle the trick forever since you can't dump the same employee again and let it employed by the rival...

Then it just become pathetic to join these companies

Don't they have to fork out a large sum to offer the retrenchment scheme to the employees in the first place?

isn't that what they all doooo? =P

Your example is just too simplistic. Anyone who has skills that are extremely specialized will likely be very aware of the job opportunities in the field and will tend to be highly mobile. Your example ignores all sorts of possibilities, for example:

1. Foreign competitors can use this opportunity to either hire these specialist workers or set up shop in the country where the incumbent companies are behaving stupidly.

2. Specialist workers who are aware of this can take this opportunity to find investors to start up a new company to compete with the existing ones. A market dominated by a duopoly implies huge profit potential.

wky ah, in general, during recession time like this, DUN tell crap abt worker bargaining power lar, who want to hire expensive ppl when most cost prices has oso increase, who want to set up/invest new company, change line when most businesses r affected? those who save alot during good time? ya rite how many %

My guess is, the morals of thy theoratical story are many -

(2) Bosses will work you to death during good times and recycle the workforce during bad. Either way, they win, you lose.

(3) Be a jack of all trades, because if you're not the boss, you're a master of none (emphasis on last word).

(4) With hindsight, ask for the bonus and increment anyway.

(5) Tell Mr. Scrooge he'll be visited by three ghosts on the night of Christmas eve.

(7) If they have a strong union, there'll be hell to pay.

(8) Are companies A and B related? If they are, I'm gonna report them to the Inland Revenue for transfer pricing manipulation, damned bastards.

(9) Set up Company C. Which is a boutique version of those arrrogant big guns who think they rule the specialised skill market. There's bound to be a breaking point to their damned economies of scale exercise.

wankongyew -- i think the example is simplistic because zewt wants to keep it that way. not many people will understand the real situation if zewt is to put in all the corporate mechanism.

Sigh... As I said before, recession or bad times give the employers extra "rights" to abuse the staff/work force by imposing fear as well as reducing the benefits that are due to them.

The market is bad. Even though some companies are looking to recruit, I'm quite apprehensive about the situation as I might end up like either company A or B.

its so clear the 2 bosses had planned it all along. this is called to get the best out of the situation lo

plausible esp for a country like ours when it comes to ethics and common sense..

the only flaw is why a recruitment drive and a retrenchment side by side..doesnt make sense.

generalist can be specialist?

zewt opinion is not wrong...just that he doesn't include all the details

most of the time...during bad economic condition...generalist can talk...but can't walk....specialist have long list weapon of choice in their resume

in small market like rfid/gps/power industry......if the boss sack the specialist...prepare to have new competitor with low price tag

The rich get richer while the poor suffer even at this juncture.

i don't think your example would work. technically, if you hire someone cheap and then the next instance you retrench your existing staff, the person retrenched can complain to labour dept.

if their complaints are valid, then you will know what sort of reputational risk these buggers would suffer.

next, to retrench someone in this country is not easy at all. you have to pay compensation. so the longer someone works in the company, the employer has to pay a certain x factor (can't remember the x factor but must be 1. something) multiple with the number of years in service. again, the cost will be quite high to hit the company in the year they do the hiring and retrenching.

anyway, the times may be bad now but the cycle will change. companies who take advantage of their employees will suffer reputation damage when the word goes around. i know of a number of companies simply couldn't hire good people because of their "reputation".

but then again, if they are fly by night companies, there is no moral to talk about to begin with.

keeping these people on cold storage is the "easiest" way to get rid of them though not necessarily the "fastest".

the company usually saves on retrenchment costs because these people will naturally resign because:

a) due to poor performance they get meagre pay increment and bonus...

b) their special task role are usually mundane and adds little value to the organisation...

c) they have self respect and believe they command better value elsewhere...

usually CEOs will ask their CFOs whether there are any "provisions" they have made during those sunny days that can now be "utilise to improve" the bottom line.

the CFOs will duly wave the magic wand and voila... increased profits!...:P

the companies make money and we lose ours. not a good idea but that's how the new world works. we are stuck in the middle. the victim i'd say.

if i'm one of them, the victim of this retrenchment game i'd just quit both hehe.

get the money from the retrenchment and build my own empire. it might sounds silly but i know i could make it ;)

or should i just build Company C in the middle?

a very very good scenario of what's happening right now in this bad economy. so why do they call it recession when the money is still there and does appear somewhere?

Like that wan lah...smart employees, having read the game played by their employers, must arm themselves with skills, tactics and options. Otherwise, in bad time, habis...

What A Lulu - i believe your situation is during the good times. i am addressing the situation from the current economy condition. i am sure u know what i am trying to get at.

Freethinker - yes, it cant happen again and again and it can only happen during the bad times. but all it needs is just for it to happen once, and a lot of ppl can be affected... Adversely or advantagesly.

giddy tigress - yes, but not large enough compared to the savings.

huei - only during bad times.

wankongyew - yes, it's simplistic, so that ppl can understand and see the point of things rather than beating around the bush and make it complicated. if i want to put down all the variables, it can be a book u know... u also wont have time to finish reading lah.

j or ji - couldnt have said it better. time for a revolution!

blackjack - my company? more than 2 in the industry lah... :P

Kellaw - only best for the bosses.

constant craver joe - not side by side... it's one after another and 2 companies let one happen first before the other.

erm - but if you put everything under the light of the current condition... can u have a new competitor? can u set up a new company? a new factory? what if all these specialists are of the blue collar type?

Cruel Angel - hi there, welcome to AZAIG. creative... not me... the bosses.

whoalse - that's right... even at this juncture. the world has not humanity.

myop101 - too many factors to consider but i am just putting it as ceterus paribus (hope i get the spelling right). if u consider all other factors, then of cos, things can be different. there may be a payment at the termination date but still, the savings is huge compared to that. LOL at your last comment!

faisal admar - make sure u let me know if u need additional help in your company :)

Lim Sze Wei - whether money is there is not is irrelevant. we live in a make-belief world. when people believe money is there, we are all rich. when suddenly money does not appear on paper, everyone panic and go into depression, though many are still living in fantasy believing they are rich.

Daily Nibbler - a smart employee will have to assess the company's real situation before making any unwise move.

i believe the big bosses in competitive companies do have 'connections' with one another and 'pre-plan' some moves.
look at the massive banks and financial institutions going down like dominoes in the US. they all knew it was coming. and i don't think it's a coincidence the wall of cards came tumbling down in succession without planning in the behind.

mistipurple - and when they actually paid themselves million of bonus before they collapse... tells u something isnt it?