A few of my friends either sms-ed or called me that day asking whether I am affected as I am currently residing quite near “ground zero”. I told them I was fine as I am actually based quite far away from the scene. However, I am based near enough to the highway leading to the scene to know that there ambulances and fire engines heading there as I could hear their sirens.

Around afternoon, I sms-ed a friend of mine who lived there and he replied that he happened to be in Singapore and will probably need to extend his holiday. 5 minutes later, he sent me another sms. It was a text from his neighbour who was there at the scene. My friend’s neighbour described the scene as … “very very very very tragic” and interestingly, he said… “many died”.

In the evening, when the news came out that the death toll was only 4, I sms-ed my friend telling him it’s not as tragic as his neighbour described. Maybe his neighbour was in a shock or something.

But then it struck me… the landslide happened at 4am and it covered a few bungalows and only 4 dead? A bit bizarre I must say, not that I was hoping more people are dead, not at all.

Today, the most controversial website published an interesting article about rescue workers and more interestingly, there was this particular comment which made a peculiar claim. Referring to comment made on December 10, 2008 13:33:09, the commentor claimed that the death toll was a covered up. 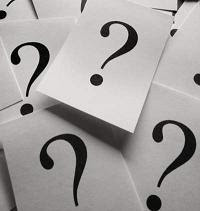 More interestingly, the 4 unfortunate victims made up of a Chinese, a Malay, an Indian and a Sri Lankan. No disrespect to the dead but, the combination is just a little, too interesting. I can't find a better word for it without offending the dead.

So who do we believe?
What did my friend’s neighbour mean when he said “many dead”?
If there are more dead, why the need to hide the real figure?

Only God knows… only God knows…
A zewtpinion by zewt at 10:56 pm
Email ThisBlogThis!Share to TwitterShare to FacebookShare to Pinterest
Labels: In the blogosphere, In the news, Use your juice

Interestingly the Indian was 40, Chinese was 30 and the Malay dude was 20. Sigh....Sadly only God knows. When i first read it, i also dont believe the figure...How can? How come?

*sniff sniff* something is fishy here...i wonder if anyone is on the trail of this...

farking disturbing. am so tired of cursing so i'm getting my ass outta this country at the first available opportunity.

IF only some NGO could conduct a survey. Get the owners to furnish particulars etc. This could blow the govt. in public opinion.

Politics are filthy, very very filthy. I hope the deceased rest in peace and pray that the toll of death is really that minimum. so many innocent people there.

later we will have one from every other races. Then only fair right? Not to say I hope people will die but haih... Malaysian politics... haih

The more i read about the news on the rescuers and looting, the more i feel that this country is truly hopeless. I hope they rot in hell.

Why goverment try to cover up ?

Someone try to make things up ?

If you got brain, you will know the right answer.

This is not the right time or situation to create slanders and lies.

No lahh.. the 4 unfortunate victims were a Chinese, a Malay, an Indian and an Indonesian. The Sri Lankan is the missing one, yet to be found.

Hmmm..think don't want to ponder on whether the news about the (exact) number of casualties is a cover up or not. It's just doesn't make sense something like this, would be a thing that needs cover up... So, should we dig other tragedy news as well - like the tower that fell not far from ground zero, the ferry tragedy during last year's Raya, the bus tragedy (also during Raya) that killed scores of people, etc etc..

Let's just ponder on more important things instead shall we...? Thanx

i don't think they lied. it just doesn't add up.

afterall, if someone died, shouldn't their relatives be worried? wouldn't they make police reports? and if they stop the search, wouldn't these people go to the press?

it is too easy to blame everything on the authorities. more so when they live in self-denial and seeing themselves like a favour to mankind. but for matters like this, it is very hard to cover up. more so when they reported all 4 names.

oh well..like u n many ppl believe..karma will take its course..whether it was a lie or really 4 deaths..

PRAY, IT WORKS - hello and welcome to AZAIG. well, i tried to ask my friend who stayed there. now he said he wanna remain silent. doesnt that tell u something?

littlepolaris - you have got a point... minimum is definitely better.

purple mushroom - guess u really shouldnt come back. and i cant wait to go away.

anon @ 11/12 3.01pm - when they arrested the reporter under ISA, they said it was for her safety.... when someone said there were lootings, the chief police there said "i dont believe". i am sorry but i think brain just doesnt apply in this country anymore.

The Pisces Man - long time no see! yeah, i guess so, no point in hiding, unless the missing PI is there :P hahahahahaha...

constant craver joe - true... at the end of the day... God will take control.

Remember? We used to be the only country in the world that is not being affected by recession. And our milk powder does not contain melamine and all sort of those things. I think Malaysia is the only 'UTOPIA' around...

jam - i think after sending a roti canai man in space, the country now believes they exist in space... the final frontier.