Life in a Professional Firm vs. Life in a Commercial Firm – Episode I

Companies in the business of providing professional advice, typically known as “consultants”; they are the so called “professional firms” (“PF”). Common within this category are legal and accounting (audit, tax, etc.) firms. They are often considered as companies that will squeeze every drop of life from you. I was from one of them.

Other companies not in the business of providing professional services are known as “commercial firms” (“CF”). They can be doing any type of business but due to governance requirement, they most probably have legal and finance functions within the operation. I am currently in one them.

A lot of my ex-colleagues who are still working in the professional world used to ask me how life is like in the commercial world. There are indeed plenty of differences. Let’s start with the 2 very light differences… 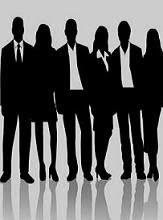 Ask anyone who is currently slaving in PF why he/she still going through the shite and most probably they will tell that they like their colleagues. As I’ve said, most slaves in PF are first job slaves. And since most are fresh meat from universities, they are of the same age group.

This means that you can share the same conversational topic during lunch time. You can hang out together and do stuff that your age group does during their free time, if they have free time. You can share problems amongst your colleagues and you understand each other because your problems are most probably generic.

The hottest babes or hunks around are also within your age group. And you can always look forward to new babes and hunks because recruitment is done in big batches. And they are mostly available. At most, they are attached to their colleague sweetheart but people breaking up with college sweet heart only to go steady with colleagues is a norm in PF.

You truly get people from all walks of life. If you leave PF after 5 – 7 years to join CF, you will be wondering how to join a lunch conversation that revolves around people talking about their babies; the type that they give birth to, not those who spend the weekend with you doing bedroom exercise. 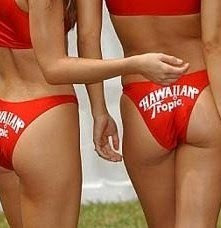 What I am trying to say is that the colleague composition between PF and CF is very different. It may take a while for you to adapt. Some just fail to adapt and leave. I am blessed though. My colleagues are still within my age group, plus minus 5 years.

As most juniors are fresh meat from universities, being “promoted” is an orgasmic experience. Telling parents or friends about their promotion and getting remarks such as “Wow! So fast, you must be good!” is akin to getting multiple orgasms. The feelings beat getting straight distinctions in exams anytime. They feel so good, till they are willing to slave even more for the PF. It’s a very good strategy.

These so called “promotions” usually come with a standard increment and interestingly, absolutely no change in job scope. There is a change in title though, from associate-2 to associate-1 or senior-2 to senior-1. Worse, I once heard a partner (the real big boss) of a PF said that a “director” is just another “senior manager”.

And ya’ know what? For the juniors, every Tom, Dick, Harry, Mary, Jean and Jane got promoted too! Yay!!! Promotions list comes up to pages long! It’s easier to ask who didn’t rather than who did got “promoted”. Sounds familiar, isn’t it? 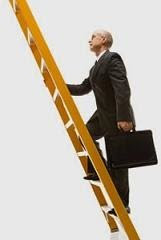 In my personal zewtpinion, the initial phase in PF is more of a progression rather than a promotion. Certainly, there are people who will not “progress”. But as long as you do what is required of you and don’t screw up, you will progress. To me, the real promotion in PF is when you are promoted a managerial position, when you are required to sign-off documents.

In CF though, getting a promotion is like finding a virgin nowadays (guys or girls)… it’s very tough and rare. During promotion season, there may only be 1 or 2 chosen souls, not a list of names. Sometimes, none. It’s a big thing. In most cases, a promotion in CF will result in a significant change in job scope and responsibilities.

Working in a PF, you would expect to “progress” on a regular basis. But when you are in a CF, don’t expect the same kind of treatment. It is a whole new battleground as far as promotion is concerned.


These are 2 minor differences. We shall explore more hardcore differences in coming episodes.


1 year ago… The pouring that’s been keeping us alive
A zewtpinion by zewt at 9:31 pm
Email ThisBlogThis!Share to TwitterShare to FacebookShare to Pinterest
Labels: Modern Slavery, Professional vs Commercial Trilogy

ya i have a friend in one of the big 5 of IT Outsourcing. He proudly told me abt the career progression in his firm. I just rolled my eyes and keep quiet lar. No need to potong his steam lar, u know what i mean.

I'm so happy you validated me.. I get to sign documents too! But nowadays I yearn to perform non-managerial stuff....ironic.

Oh but there are also commercial companies that "squeeze" the life of those working for them ;)

Ah, I see... So I now don't have to feel so sad each time I hear about an accountant friend getting promoted... (?)

This is like reading my life experiences! haha! You reckon commercial is different? My personal preference would be to be in professional firm but get the commercial firm's pay. PF pays too low. CF pays well but the job is boring and stupid. Maybe I need somebody to challenge me :o)

I tried getting into CF right after I gained my CA status. Thinking that it would be fun. It bored me to almost death! I went back to PF again. But when I came to Aussie, I opt for CF again. And bored again! Then I decided I should make a total change. Switching between CF and PF are not a long term option.

Hahaha! I can totally relate to what you described. I am with a CF straight from university. Even after 11 months I am still not confirmed yet when they promised 6 months in the offer letter wtf! No confirmation = no increment. Sigh!

both are very different from government and semi-government :)

the promotion is only for 1 or 2 person for each unit. the weirdest thing is it is measured by nothing but rotation.

Promotions feel nice but many do not realise that things change. I guess that is why title inflation is so rampant and very loved nowadays. Predictably, it all started in the US of A.

I'm still a student..still get to study..haha.
What about office politics, Zewt?

hahahha Zewt!! you know that i AGREEEE to the max!! :)

Now i noe why my fren said she's associate 2 and then 1. I was thinking she real good to have promoted so fast! Hahahaha.. And u're right abt in CF. Gotta work your butt off to get a promotion.

j_yenn - ah yes... definitely. and tell them... progression only lah.

Clare - WTF!! that's exploitation to the fullest... crazy... make a complain to the govt. oh wait, that will probably be useless too.

Faisal Admar - that is something most of us will not experience :P

pinknpurplelizard - it's much worse in india.

drumsticks - haha... so dont feel so sad if you dont get progressed...

missironic - yeah... some even have associate 3...

good way of putting it..

just tat nowadays these "babes" u talking abt dun even exist in PF la!!!

Where CF workers gotta reach work on time (or risk the salaries being deducted), and most of them shut down the PC at 525 and rush to the door at 530

You can have your own company, and hence be promoted straight away to partner.

hmmm..can i say i m a slave from the PF?wakakaka..

re composition of colleagues, cant really relate it to me.. as i was picked to be in the specialist team... so when i got in i was the most junior, and had to mingle with a mix of senior people.. some with the age gap plus 5 year.. with some others more than that.. so, it's not a factor to consider... at least to me.

re promotion or should i say, progression.. yup, very spot on. being very young that time (not that i am SO old now.. hehe), being promoted within 1 1/2 yr was like a huge success.. :) and i was looking forward for more with each passing years.. somehow the mentality they shove to us is within XX year, one WILL be promoted.. nevermind whether you are capable or not. hmmmm... shoot now its like i'm saying that i dont deserve to be promoted.. haha.. well, all i;m saying is.. i couldnt agree more with your points.. and you know what, its even more pressure now that come promotion time, the parents will be concerned as well.. its like they also know by certain number of years, the kids will move up to the next level.. hmmmm. its like the expectation is there. which is true, but only up to the level before managerial position. oh well, but its a good stepping stone i must say, before you can market yourself to go to CF later... no?

okie dokie i'm not sure where am i going with all this, i'd better stop now. but.. yeah, looking forward for the next episodes k... :)

KC - dont think so, i work in CF and things are pretty flexible here :P

lili@ - indeed, soon, being promoted within the first few years will be an expectation like scoring As in SPM... how sad. well, i am sure the "specialist" department you are in have a lot of friendly ppl... :)