They said the same thing, will you?

It started off with an ex-colleague. He told me during one of our lunch together

Then, someone from another unit in my current department said the same thing.

Then, I realised I am being referred to as “that name” by everyone on another floor in my workplace.

When I walked into my fiancé’s (now wife) room when she was doing her make-up before our wedding photo shoot, the make-up artist looked at me and said the same thing.

My hairstylist also joined the club.

While doing the make-up for my wedding dinner, the make-up artist paused half way through and said she had to tell to me. She told me the same thing.

When I was part of my friend, Peter’s heng-dai contingent during his pick-the-bride ceremony, all his wife’s ji-mui said exactly the same thing!

Having seen me at my sister’s wedding dinner, my sister’s ji-mui also… guessed what… said the same thing!

My wife’s colleagues who have only seen me a few times in someone’s wedding dinner said that too!!

Now, littlepolaris, who has only seen me in photos has also joined the bandwagon… 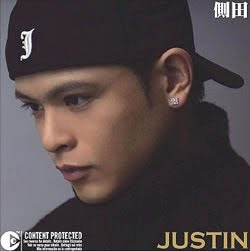 Till today, I disagree.
A zewtpinion by zewt at 11:05 pm
Email ThisBlogThis!Share to TwitterShare to FacebookShare to Pinterest
Labels: Personal

I think if I see u somewhere out there I can recognise u. Lol. If the real Justin is not in malaysia at that time la.

how old are you? maybe it's him who looks like you! lol!

LOL!!! Is that a good thing or a bad thing? Hahaha~

I said the same thing to you long time ago.

Zewt, how can we compare? Those who haven't seen you. You should've put two pics there. ^=.=^

we (those who haven't seen you in person) might say the same thing, if we have pictures of both of you side by side. =)

I am Princess Misha's Mum said...

Tak boleh compare la coz not many pics of u are posted up. How do we help u say if u look like a certain other person. =.="

Yah lah. You've got to put your photo side by side for us to compare.

Question to the comment ypu left on my entry.

Are u saying i am fat and ugly now?

Seriously..I've no idea who that Justin is.

Seriously, comparing pic to pic.. u do look like him lor! Hahahaha... Wait till both of u stand side by side in real life to justify whether u both truly lookalike or not..

But then, even if does look alike, not surprising because my mum once told me, in this world there are 7 people who look alike.. Hahaha...

wuah wuah wuah....he's hansem what, not bad not bad... kesian kena hentam by Gary recently, hahaha :D
pls put yr face next to his photo for all to vote, LOL !!

hahaha hey that's the first thing that crossed my mind too when i saw your picture!

Why don't you show us a picture of yourself without the shades, eh? The eyes, we want to see the eyes. haha..

Hope you do not have a cap on ALL THE TIME!

haha it is true..ahah..wear a cap n take picture la!

Susahlah... cannot compare. Must put 2 photos next to each other between you and Justin.

Really? But if a lot of people say like that, then must be true even if you disagree : )

I'm not sure how you look like, but if you really look like that guy, then why are you still here in this country working from 9 to 5? :P

Woah..your wife says does not look like him. AHHAHAHAHA!!!

I think you're more man and macho than him worr...

I dun understand why they would say that. U dun look like him.

psst, that entitles me to a free beer doncha think? :P

haha at least you don't need to wear cap all the time.

i have to disagree with ur disagreement! seriously wan!! it occurred to me b4 that u look like him!

should have posted your picture right beside justin and let us have the last verdict!

I reserve my judgment till I see you in person. But what's wrong being look alike Justin? This guy is famous wa!

There's at least an 85% of similarity between the 2 of you! No joke =p Should enroll yourself in the Taiwanese "Guess Guess Guess" TV show. Hehehe.

littlepolaris - maybe it was me who beat up that gary hahaha...

seokthong - woah, all the way from germany?

Mohamad Hilman bin Nordin - i am very sure i look different, very different.

pinknpurplelizard - hehe... that's why, i say i dont look like him :P

dy - i take that as a compliment really :P

The Happy Bitch - ahh... how would i know... like me here... there is hardly any photos of you there.

missironic - heard that before. i have actually seen a few people whom i think look quite the same. like mcdreamy in grey's anatomy vs marat safin.

Sharon - another one joined the club...

constantly craving joe - haha.. for a person who has seen me... another one joined the club...

foongpc - some comments up there already said the same thing.

adrianlee - beer on me haha!

how in the world u look like him? u r so different, u got more hair than him!!!

I think a photo of you next to him would give a good comparison !

Hahah!! It's been known during day 1 i met you just that I didn't tell it to you. Hahah!! But between my dept yea, you're known to look like him.

hahahaha... if you din post it, i have to admit i didn't realised that.. yeah.. you do.. probably the older version and the not so hip hop type. lOL

True Love - some are saying that real life better, photos... a bit tough.

Bosscat - means i am not hip hop enough ah... aiyak.

now that u mention it, u kind of do. i've always thought he looks weird and strange. rofl. i've seen him before in real-life and as usual, he was with his cap.

i thought i commented on this, hmm, strange. can't remember what i've commented but i think i said i agree :-P