Looks like all the swearing and twisting and spinning failed miserably. Some uncles at the coffee shop even said cloud seeding was done to prevent people from voting. Talk about creativity, or the lack of it.

So now he is a MP, but what’s next? Many quarters are talking about Project 16-9, but will it happen? He has made it sound as though becoming MP is easy as swapping the alphabets of MP. 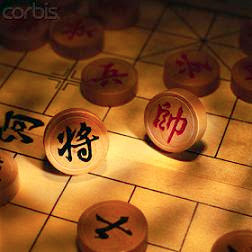 But whatever it is, I do not like the idea of 30 MPs (or more) jumping ship. It just doesn’t sound right, though it is indeed very exciting to see a new govt formed. But I am inclined to think that our new hero, being the intelligent tactician that he is, will not easily disclose their battle-plan.

What am I saying here?

I think this notion of 30 MPs jumping ship is just a decoy. I think if the new MP does become the PM, it will be via other means. The more Malaysia Today talks about the cross-over, the more I am inclined to think it is a decoy. No, I don’t have any insider information. It’s purely a zewtpinion. Of course, I could be wrong but I just think one don’t openly disclose your battle-plan.

Chinese call it “diu fu lei san ji gai”. (lure the tiger away from his mountain)

One very important thing though, let us all focus on the National Budget announcement this Friday. With a recession getting ever more imminent, the National Budget will be a crucial one. Let’s hope there will be some goodies for all of us.
A zewtpinion by zewt at 9:36 pm
Email ThisBlogThis!Share to TwitterShare to FacebookShare to Pinterest
Labels: Boleh-logy, In the news

It may happen. It may not happen. Anyhow, the whole hype is a good way of telling the whole country that BN is not an indestructible party as they seemed for the past 50+ years. 30 more parliament seats is enough to crumble them.

It will be an interesting budget this year, no doubt.

All I can say is: We shall wait and see.

but then again..maybe they'll try to "BUY" back rakyat's trust..u sell anot?

Shall wait and see. Like i've said, this is more exciting than any TVB drama.

I wish they would all get back to work.

All that stupid talk of takeover and shit, along with all the political uncertainty is VERY, VERY bad for business.

hehe... you know my views la... real change can only happen if that man himself take charge.

perhaps there are other plans but he still has to prove he has the confidence of the majority in dewan rakyat....

I'm very excited to wait for Friday and 916. I'm hoping for a good change after all the hustle... Boo to the sore losers :P

new MP as the new PM? me dun think so.i want him to be the member of parliament,not PM,yet.

looking forward to the budget too! hope they are really doing some good job this time!

hmmmm...you are right, this probably is just a "diu fu lei san ji gai", but the below phrase also came out in my mind after reading ur post:

"实则虚之；虚则实之"
(my English is bad, can you help to translate? hehehehe... :P)

Who knows maybe this 30 FROGs jumping might be the really battle-plan...

i say time to move away from party-oriented to person-oriented lah..

change ship so wat? the ppl tat u choose is still the same, u wanna look at party? wat party attributes those BullshitNonsense have tat makes u incline to change

Let's hope the drama unfolds to a better ending.. or rather.. a great beginning for the people!

I too think that it is a ploy. Seems like it's working as you see the Ministers working extra hard trying to convince themselves that it will not happen. I think DSAI has a bigger plan. IMHO only.

As for the budget, yeap... let's hope there will be some goodies. Should be more tax relief cos we dind't see any (for people in my category) last year.

I do agree with u that, our new MP being such a smart person, will not easily disclose his battle plan, but wat do u think will be the alternative?

Yup, I'm looking fwd to the goodies *promised* for this year's budget too.

Apa goodies... Empty wrappers got la mostly. They promised Penang so many things yet nothing avails. Like promise monorail and; its has been and still is no-more-rail!

Don't think there'll be much good. Forgive my being pesimistic but too much crap does make ur morale drop.

for me, no SHIP jumping. Anwar should be serious in his nation building agenda by wrestling the government in the next election. win should be obtained convincingly and not froggingly.

look at the froggies in my state Sabah, you will know.

we cant be bored staying in malaysia, everyday got news.. haha

Not much benefits we can get out from the National Budget. For example, who would have only spend RM20 per month in electricity bill?

Noble - yeah... i think that's one positive note out of it.

Terra shield - it's boring in the end.

life for beginners - waiting it is...

purple mushroom - hahaha... maybe one day, it will be come a movie.

vincent - your business not affected lah.

myop101 - the latest MT article means i have to change this article? hehe.

iamthewitch - me too...and i am sure many out there are also waiting for a change.

j or ji - hahaha... you're right... everyone kisses ass... najet bagus... bajet bagus... including those consultants.

albert yap - what is that chinese line lah?

gina - exciting to think it's a decoy right?

alan zed - hahaha... that' true... and perhaps they are wasting the lot.

sharlydia - reading the latest MT article.... seems like frogs are the way to go.

taxy driver - hahaha... go into facebook and send him a message on that.

CK - i think it will be too late if we wait till next election. this country will be milked dry.

jam - that's one very moronic proposal indeed. even the poor wont benefit from it.

How do you like to go up in a swing,

Up in the air so blue?

Oh, I do think it the pleasantest thing

Ever a child can do.

Up in the air and over the wall,

Till I can see so wide,
River and trees and cattle and all

Till I look down on the garden green

Up in the air and down!