The arrest and losing my premier virginity

After months of not touching the ‘forbidden’ issue, I have to make a slight switch today.

Just in case you don’t know, the so-called de-facto leader of the opposition has been arrested today due to sodomy charges. I have to say the manner of the arrest is pretty incredible. According to MalaysiaKini, the authorities went with 15 patrol cars and some SWAT team-like commandos to arrest him. Wow… is Anwar magneto or something? Not like he can fly and you need to shoot him down, can he? 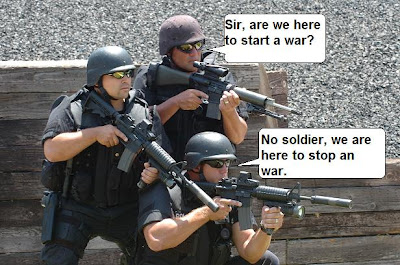 I have quite a number of friends who do not really trust this I-will-lower-petrol-price dude. Many claimed he is a dangerous person but at the same time, they can't really explain why he is dangerous. Whatever it is, I have to say many support him simply because they don’t support the other. It’s a matter of either or.

And looks like they are going to lock up the seemingly infallible Raja Petra Kamaruddin tomorrow. Looks like the power-to-be is trying to clean up all the obstruction on the road. I wonder who will be next.

Looking at the trend of things, it is certainly not very wise to blog about such things anymore… better change topic…

Hmmm… Oh yeah, I attended a movie premier yesterday at Gardens thanks to Suanie who was kind enough to offer me a ticket despite me submitting rather crappy entry in her haiku competition. As bloggers, the sponsors, Nokia, even threw in a dinner. It’s cool to be a blogger I must say.

It was my first so there goes my movie-premier virginity.

Anyway, I didn’t know they have to employ Rela personnel as guards and they actually used metal detectors to check us. Gee… we are just a bunch of bloggers and Nokia personnel and from what I can observe, most of us are actually teenagers and I do not recall anyone of us looking like terrorist. Also, I didn’t see any VIPs watching with us. 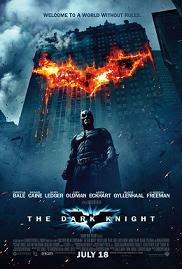 Oh, the premier was for The Dark Knight. It was a cool movie I must say though the visual effects towards the end were a bit too far fetched. Well, when you see it, you will know what I mean. Hats off to Heath Ledger for an excellent effort in portraying Joker. Personally I think he absolutely bulldozed past Christian Bale in terms of performance.

Now I am looking forward to Red Cliff and The Mummy (Tomb of the Dragon Emperor). I hope the streets will be safe and no riot or emergency or anything of that sort when the movies are out. Don’t do anything stupid ok!
A zewtpinion by zewt at 10:22 pm
Email ThisBlogThis!Share to TwitterShare to FacebookShare to Pinterest
Labels: Boleh-logy, Cool stuff

It's an odd mash-up of topics you have here. But more so when you realize the tagline on the poster can be applied to BOTH topics:

"WELCOME TO A WORLD WITHOUT RULES."

Well, I was shocked when I heard that news. =/

I guess BN is trying to 'spring clean' b4 Hari Raya (i know its a bit away but they gotta prepare). Maybe their Raya be spoilt if the 'cleaning' if not done properly.

I went to the premier of Memoirs of a Geisha and it was all good until they put the second reel on backwards so that part not so good. LOL!

sui zewt never invite me for premier also. haih. hey i had to temporarily shut down my blog. Mum make alot of noise because i blog alot on sensitive issues. you know even those untouchables like rpk is getting hauled up.

most of you are teenagers? i presumed you exclude yourself? haha...

aiks...nowadays...hard to tell who is saying the truth and who does...anyway..abit bored for the scenario...sigh.....

To think that I actually was out there at the Jalan Hang Tuah when he was being questioned inside the police headquarters. LOL!

guess thats the price one have to pay for messing their rice bowl.
it reminds me of the movie "Godfather".
welcome to "Mafia"land.

Phew! When I saw the title of the post, I thought, "What? He just lost his virginity?...Wait a minute! What's premier virginity? Is he talking about some OTHER place since he mentions THE arrest?"...What a relief when I found out it was just about going to a movie!!! Hahahahahahahaha!!!!

well... the least the accused could have is a free and fair trial.

Well he many not have the power of Magneto but the way he is playing his chess game now sure looks like he has the brains of magneto.

me support anwar bcuz at the other side is very the crap la bro.
nway,i prefer yr view rather than rocky bru.he is crap too.LOL! is that a rhyme or what?

Yah.. Actually not really safe to say anything about all these.. Those "perasan" people will think that we're a threat and later kena..

By looking in another way, I think they dun even deserve a place in your blog man..

WHatever the case may be... we the people are screwed.

aiseh...didn't manage to catch you there - I was there for the 9.30pm screening...reckon you met some of my colleagues though.. :)

im waiting to watch the dark knight too! Can't wait to watch heath ledger's superb performance. so nice u got to go for a movie premier..how's it like to b given this privilege? heheheee....

I was looking forward to hear your views on the arrests of dsai and rpk. And of course, the manner it was conducted. And the 1-hour short of deadline. So many question marks in the people's heads but nobody seem to care. At the same time there's also the mystery of the missing PI.

No need to watch joker in the cinema. We have a lot already around us day in day out (all the politicians).

I have never been to a movie premier. How different is that from a normal movie?

Coming to extreme...I don't think malaysia can do any worse if there is no government!

I agree, many simply support him because they don't support the opposite. He certainly is lucked out that way. Even the newspaper here has reported the incident (like they always do, in negative tone). I just want the issue to get out of my newspapers. Fast.

I was so wise to not even know about the debate until my colleague talked about it the next day. I'm very lacking behind or should I say rather apathetic to these. *LoL* That's why you'll never see such topics in my blog. ahhahhaaha.. I told him then that I read newspaper inside out(Sect.2, Metro, Star InTech) for The Star and back to front for Sun.

life for beginners - well said... soon, we will all need to be dark knights... we are to rule! hah!

pinknpurplelizard - i think they finally came into realisation that they need to 'jam cho chui kan'... understand?

Kel - hey... i only got 1 invite ler. yeah, i tot what happened, cant access your blog. dont need to worry too much lah.

CK - hahahahahaha... most certainly my friend.

sugarbaby - believe in ourselves lor... wait for the movie to come out ler... :)

xonar - hello... this is indeed mafialand. oppss... will i get arrested for saying this?

anon aka Li - well, to me... he seems to be losing the plot at the moment.

u-jean - did u like 'hero'? i think red cliff would be better.

constant craver joe - hahaha.... not good if too famous.

beetrice - perhaps.... saw one nokia person who always went to the hip hop gym class with me.

narrowband - honestly, i no longer have any interest in all these... all the talking should stop already, it's time to act... for those with balls...

purple-mushroom - it's free... there are reporters... and ppl come and take your pics... and for bloggers... free food :P

cc - why want it to get out from your newspaper? hmmmm....

Akira - hahaha... i read papers from behind... in fact, i only read the behind part... sports only. the rest are all propaganda craps.

sigh.. should stop talking already.. we want some actions :) oh, do not have to worry much lah, we are just 'cikurat' (small ikan bilis..), nobody cares what you write, probably never even make a dent since so many shun away from reading those kind of posts :P

i've been to few movie premieres, some have very tight security, they confiscate your handphone, cameras bla bla that they think shouldn't be allowed (Indiana Jones) some let you in just like that.. lenggang-lenggang kangkung.. (Kungfu Panda, Incredible Hulk)..

ps: bro, when your new site is up and running?

Sorry... I don't understand la. If that's cantonese then I have problem. Heh

bongkersz - bro... let me settle down my health stuff first :)

pinknpurplelizard - oh, you're not chinese? sorry... it means that when you wanna eliminate something, cut the root.