Even they have the guts to say it

So we all agree that Matt is doing the right thing and we should not hate him. From the comments, I can see that many are pretty adamant that we should put our foot down and stand up for our rights. I must say that is very encouraging. Of course, the question ringing in your head right now is probably… “Zewt, have you ever said no to your boss?”

As a matter of fact, I said something to that effect last week and I must say, the reaction was… absolutely priceless. I know it’s not easy. It is like putting your increment and promotion and bonus at stake but trust me, the feeling is very liberating.

And you know what? Even the group of people whom some of us brand them as ‘cheap labour’ are beginning to say no. I am referring to (no offence) the Indians. I have mentioned before that there are a lot of MNCs who set up hubs in India to do back-end work. They are mainly employed to do IT related work but there is also a growing demand for finance related job.

Yes, they are cheap (again, no offence). You can get Indians with double Masters degree to do just data entry job and they will happily do it. And we Malaysians will conveniently call them ‘cheap labour’ not knowing that we are also cheap labour; just that we are cheap labour at a different level. Anyway, that’s not the notion today. 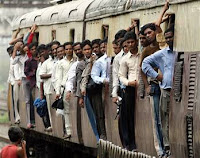 The company I work in has a hub in India and we out-source a lot of data-entry based and low-level analysis work to this hub. Traditionally, they will be happy to take on more work. But things took a wicked twist lately…

We wanted to out-source a particular piece of work to the hub and they said that they are not able to cope with the additional work load. As such, they informed that they will take on a new head-count and of course, this new head-count means they will bill us more… more cost. Cost is a sensitive word and naturally, the notion about getting an additional head-count was rejected.

Yes, I work in a MNC and you will probably ask why can't a MNC afford a new head-count in ‘India’. Well, let’s just say I don’t want to answer that question… sigh…

Anyway… we said no and secretly, we probably expect them to just bite the bullet and do the job without the additional manpower needed. But you know what? The Indians… people whom we brand as ‘cheap labour’… actually said ‘NO!’.

And it was a very loud ‘no’. You know why? Not only do they have the guts to say no to more workload… something transpired in between and they have decided not to do some of the existing work currently being out-sourced to them. How… about… that!? 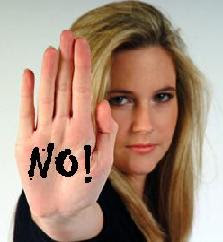 Indeed, the working population is slowly evolving. They have become more educated and more self-aware of their value. However, we Malaysians are still very far behind. We are still heavily infected with the thou-shall-not-offend-my-boss virus. I am still trying to kill the virus. I have made some bold moves in the last 6 months… regular readers of AZAIG will know.

Yes, it is not easy but if we don’t start, we will just go deeper and deeper into slave-hood. And like I said, even the ‘cheap labour’ are beginning to say no… when will you say your first ‘no’?
A zewtpinion by zewt at 11:08 pm
Email ThisBlogThis!Share to TwitterShare to FacebookShare to Pinterest
Labels: Modern Slavery

That's why companies should never be run by accountants.
They are too bogged down by nitty-gritty stuff like cost control so much so that they fail to see the big picture.

ok, i have not been saying no of late but then again, i have only been doing my job scope...:P

who knows how long i will be at my present job?

perhaps i should try to say no soon...:P

having said that, phrases like "looking at the big pictures" and stuff are phrases normally used by bosses to squeeze more out of the work force haha....

anyway, we have a choice to say "no".

well, pretty much depends, really.
some people say No because they're being calculative.

of course, if there is a situation where there is ABSOLUTELY nobody to help out, then to make things go more efficiently, one should help out.

but if it's a situation where some people just want to take advantage of you, then obviously you have to put your foot down.

that's the prob with the employment market in malaysia. there's no union, no employment relations authority...
i dont remember there's even minimum wage?
anything goes. if you work with some of the chinamen company, even worse. cheap pay, long, long hours. literally work you like a dog.

so sometimes, it's up to the individual to put the foot down.

I dunno lah...young people today!!! All my working years, I just did what I was asked to do!!! I would say no when I had reasons to do so. Some would snide, "Why do u want to do those dirty jobs?" or "They're not going to pay u extra!!!" or "See! So and so! His pay higher than u, sit there shake legs!!!" This kind of people are all over...and like venom, they seep into your veins and poison u!!! Do more if you want! Don't do if u don't want!

P.S. But I think if u go to OZ, it's different there!!! The unions are very strong and u CANNOT do other people's jobs! The bus driver will not wipe away the fly somebody swatted on the glass window...cos the cleaners will not be happy with him and accuse him of trying to render them jobless!!! Or maybe the bus driver who told me that was just damn too lazy!!!

OH! Kudos to you then for saying no! Heheheheheeh!!!! It's about time eh in that MNC company, if you know what I mean. They should get it in their faces once in a while so that they'll get off their high horses and stop thinking that they're d greatest by far.

hmm..well it depends. i can't put my job at stake here, and so i can't say no.

i will say YES with an IF behind :P Muahahahaha! People should realize what is their value what what they worth instead of letting other people putting the value on them.

nothing suprising ler...
even our gomen teach us to say NO!!!

The moment I said No I just throw my resignation letter. And here I am now.. LOL

Really, in my situation and financial standing at the moment, I can afford to say no. Sadly, especially small town with limited job opportunities with big companies, it's hard to take a stand. There's plenty of fresh grad waiting in line to take your place....

Nowadays, there's so many colleges around and everybody seems to have some sort of paper. THough quality wise, it's another story. Paper isn't everything. I can tell you some can't even speak or write decent English. Sigh

CK Tan - but not many will exercise that choice...

pavlova - you know what? today i heard the labour law actually provides that the employer can sack us if we strike...

suituapui - hahahaha... and that is exactly what i am looking forward to... :)

seaqueen - hehehe... i know exactly what you mean.

bongkersz - putting a value on them? i think it's more like taking away value...

m|ssK - yeah, what a surprise. PS eh... sometimes can be a problematic entity to me...

Look forward to the swarm of flies too then...in the summer!!! Eeeee....!!!! Remember! Don't swat them!!! In the words of the same bus driver, "Don't swat the flies!!! Thousands will come for the funeral!!!" Hahahahahahaha!!!!!

it is disheartening to see the exploitation of labor back in malaysia. underpaid, no OT, out-of-scope work are so common in the working world in Msia. And all thanks to our conservative brought up and culture, we were told that we're not supposed to say NO to our boss unless we won't mind to get fired. Plus, there isn't any strict law that protects us, the workers. Human rights are not being taken seriously in Msia as well.

For instance, I get paid AUD$15+ per hour working in McDonald's in aussie where as the pay in Msia McDonald is only about RM4.00. It's the same company, but different location. It seems like we Msians have become cheap labor too.

I like this kind of assertiveness.. totally rocks.. in my books. :)
Read about Matt too. We choose our our own happiness as we do our sorrows. :\
There was a senior analyst I worked with who was so like Matt.. fearless. His rationale was - The organization did know what they hired him for, didn't they? They did have a rough idea about the volume of work. So during lean times, if they expected him to assist in the cafe or some shit, was he supposed to be grateful and quietly .take it on because saying NO might hamper his promotion. BS! Say NO and be peaceful NOW, is what he thought works best. I'm still learning. :)

hav u ever been on a strike as a means of getting ur "no" (to watever jobs) message across? over here it's not uncommon to hear of a strike-- bus drivers, nurses, and yes, even docs :>

i've always thought that the disoccupation in malaysia happens because the graduates are picky abt the jobs.but indians are really good in their jobs. believe me, the kadar pengangguran in italy is soooo much worse. and the worst part is, they don't even care if they are jobless. btw, bravo for saying no to ur boss!

nikz - hello, welcome to AZAIG. we have been cheap labour for the longest time. and the reason why there is a braindrain is also partly (could be mainly) that we are just cheap.

rashikaps - kudos to that guy and it will be a long time before we will pick up such mentality.

HC Tan - of cos they dont care la... they can go to the govt and openly ask for money. that is life in a developed country. yes, kudos to the indians!