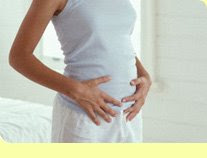 I am sure we all had our days, the time when our body decides to empty itself via the backdoor… again and again… and again. The rush of those semi-fluid or sometimes fluid substance though our rear canal and finally leaving our body at such a ferocious speed can be a very draining experience.

Perhaps it was due to food poisoning, or perhaps it was just a time the body went on a self-detox mode but whatever it is, the experience is usually not a very pleasant one. However, there are a few backdoor-explosions which are too memorable not to be shared…

This incident took place more than 7 years ago and I was attending a friend’s wedding dinne in one of the hotel in KL. No, it was not a shot-gun marriage; my friend is 12 years my senior.

Anyway, it was the end of the dinner and a bunch of us, feeling a bit tipsy decided to head to the loo for a piss. Yeah, for some strange reason, guys do this go-toilet-together act too. As we entered into the gents, one of us shouted “look-out!” and pointed to the floor.

Resting on the floor were drops of a certain brownish substance which I do not need to elaborate. As we head further into the gents, traces of this substance got more and more, you can tell that the substance was oozing from one’s back-hole and keeping it in was getting increasingly difficult.

The trace led us to the first cubicle; it’s obvious that this person is in a rush. The door of the cubicle was half opened. I do not know why but one of us pushed open the door and there we saw it, the aftermath of the disaster. 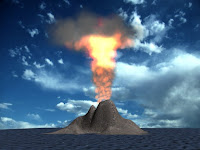 I have to admit, the signs of the aftermath shown on the wall of the cubicle was so exquisite that one can actually consider it a work of art. I brief forensic investigation by us suggest that the person probably removed his pants in a flash and as soon as his pants were down, the brain instantly told the relevant muscles that it’s time to let loose and as such……the firing began, albeit a controlled one.

This controlled firing left a trail on the side of the cubicle all the way to the back. We concluded that the brain of that poor soul can no longer take the stress and as soon as the back-side was facing the back of the cubicle, the final shot was made… and it was made before that person managed to sit down on the toilet bowl.

From the sight of the wall, without a doubt… this one ended in a “bang”.

There was this girl (yes, it’s a she this time), and she was quite the hated soul in the company she worked in. One beautiful day, after having a meal, her bowel began to act up quite a bit. You know the feeling as though something is inside your bowel and it is running up and down causing intense pain and before you know it, you have to head to the toilet already.

As she was having this pain in her tummy, she felt a certain amount of gas coming out from her tummy… through her back-passage… about to leave the back-cave. Ya’ know, sometimes you need to fart but you happened to be in public so you have to be discreet. As such, you try to control the speed of your fart by slowly releasing it.

I was told she sat there and refused to get up. Her colleagues had to push her chair together with her to the toilet while other colleagues went and bought her new panty and pants. Since she is quite a hated soul… she must have been the laughing point of the office for the longest time.

So next time, if you are not sure if it’s entirely gas… do not guess…

Diarrhoea in your dictionary is probably extreme release of fluid or semi-fluid substance from your asshole. Very often, it is caused by food poisoning. When the food poisoning is a severe one, you will not only keep shitting, you will also be puking your guts out.

A story was told about a girl who had the food poisoning experience of her life. In the middle of the night, she felt the activities in her stomach and she knew the vol-ass-no eruption is going to happen anytime. She rushed to the toilet and she was quick enough to sit down before the eruption took place. However, while things were rushing out from the backside, she also started to puke… and it was a very bad puke too! 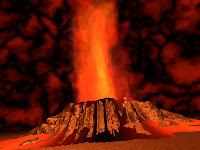 So there she was, feeling weak after a vol-ass-no eruption, she still had to clean the toilet. Must have been a very horrible feeling… the smell of her puke… and probably still feeling the sore from the eruption in the ‘hole’…

Half-way while cleaning, she suddenly felt the second wave coming… both the front and the back. Now, here is the predicament… should one sit and let the frontal eruption let loose on the toilet floor or should one choose to puke in the toilet bowl and try to hold the back-door till you finish puking?

My friend… let’s just say, you must prioritise your ass!

Have a wonderful weekend… don simply eat stuff ya…
A zewtpinion by zewt at 10:48 pm
Email ThisBlogThis!Share to TwitterShare to FacebookShare to Pinterest
Labels: Friday frolics, Zewt Laugh

Chronicle 2 has happened to me before. I tot I had recovered from food poisoning. Apparently not. :P

Luckily I was at home or else...

You still have to clean the floor after that.

I would think puking first would be better, because when it is coming out, it's hard to stand the smell in your mouth.

Chronicle 2 is hilarious! Oops sorry for the girl who experienced that and definitely if I were in her pants [*lol*] I wouldn't want to come back to the office after that episode! So humiliating!! :o

Inspired by my farts, zewt??? LOL!

I've experienced Chronicle no.2 before...more than once! U think as one grows older, the muscles loosen up??? (Hey!!! Not because of being over-active there, ya!!! Hahahahahaha!!!!)

And it may be because you can't take certain things like milk or in my case, at one time, santan!!! So I would take laksa early in the morning so I would have the runs the whole day...all in my effort to stay slim and handsome!!! Gave up long ago lah!!!! LOL!

this article is definitely not the right one to be read while having breakfast.
and i was having oatmeal while milo when i read this! :S what do u think it makes me feel? haha

ok bad idea to be having chocolate biscuits while reading this, which is why i packed away mine!

case #2 is sooooo serious! wut did her boss say?? and the chair!!! OMGGGG!!!! HAHAHAHHAHA
she will win the awards for most embarassing moments in her life!

Haha! I have to say, you never fail to engage my attention albeit in a 'disturbing' way sometimes.. lol.

Ewwwww...i stop reading immediately cos I'm just about to hv my lunch, and there goes all my appetite...yiak yiak yiak!

Reading Chronicle 3 nearly made me faint... that's like a scene far worse than the demon-possessed, head-swinging girl in The Exorcist. Imagine if Linda Blair had not just been spraying from her mouth but from her back-end as well? Them poor priests... :P

zewt, I kena the 3rd one before lah. Hahah.. No wonder it sounds so familiar when you talked about your Chronicle 3! And well, haha.. I decided to prioritize the ass. I prefer cleaning up on the puke anytime than the shit. hahahha.. :p

holy sh*t...I was munching some kuih and laughing so hard that the food come out from my nose.

wah..after so long i didn't go online, dropped by ur blog..just before lunch...and i find such a...'descriptive' post..

thank you..guess my diet plan will be succesful for today. hehe

This is a great lesson I am learning.

chronicle 2: i've experienced it once when i was seven years old. in my classroom. but, 7 years old maaa..mmmm..i learn my lesson.

OMG! what a coincident!!! u know what? the chronicle #1 jz happened to me 2 days ago!!! n got chronicle #3 happened little bit...hahaha!

adrian - hahaha... who clean up the mess?

pookyma - i rather clean my puke...

day-dreamer - so puke first and poo later? what if you cant control your poo?

AnGe|e - hello there... how are you doing? i am not sure if she resigned... but she surely was the star of the day.

suituapui - santan? wahhh... spoilt santan, i must say that is one very nasty thing to eat.

*Rolling on the floor laughing madly*

You had me in stitches coz I can so totally relate to each and every scenario! I've got friends who had friends who went through each painful scenario and because they lived to tell the tale, I on the receiving end, get tonnes of jokes!

huei - imagine if ppl refuse to push her to the toilet... and she had to walk to the toilet herself? hahahaha...

crys violette - this is not disturbing at all... diarrhoea is ... part and parcel of life :P

kennymah - hahaha... why la suddenly think about exorcist? a bit off...

twosuperherous - that is a very very very smart move.

Jacss - i hope the first chronicle doesnt happen too often :)

cleaner of the year - aiyah... so young, guess your friend forgotten already. and you probably really couldnt tell if it's gas or...

Dang! Zewt! I think the next time you should state a disclaimer:

chronicle 3 happened 2 me a few times b4 n yes, i'd rather clean up s puke rather den d latter but there was this one time wer i was staying wit my ex, his home toilet was in line with d toilet bowl so all i had 2 do was readjust my seating position m i cud do both stimultaneously... LOL...

You wrote this? What's gone into you? :P

now i'm imagining, what happened to the fella in C#1??

did he wash his pants? or walk out with some shit on his pants?

I will dig a hole and bury myself if I'm the girl in C2. LOLness!

chronicle 2, happened to me before, so now i dont simply fart unless im blardy sure its gas!

Hahahaha....
hey zewt but sometimes you can't control your bowel movement u know unless the toilet is just next door. Lol.

Luckily when I had diarrhea, the toiler is just next door.

if i were anyone of them, gosh.... i'll just kill myself str8 away!

aSstHa - hahahaha... i must say... that is quite a re-adjustment... impressive.

Sunshine - i think he probably needs a new pair of pants.

littlepolaris - is there a medical explanation? :P

purple mushroom - hahahaha... you were supposed to read it last friday!