6 months have passed since I arrived here in Singapore.  If I have to go through probation, I will be facing the moment of reckoning.  But since it is somewhat an internal transfer, I am a confirmed staff the moment I arrived in Singapore.
And you know what? I am actually quite glad I don’t have to go through probation…
When I first got the job, and knowing that you were selected from a rather big pool of people both internally and externally – top that up with a bit of self-belief that I was above average in terms of thinking outside the box, a relatively fast thinker and fairly technical, I did felt a bit almighty about myself. 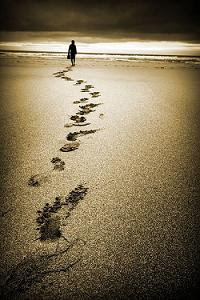 But, I was in for a shock.
Like I mentioned earlier, I was swimming very well in the Malaysian waters and Straits of Malacca, and I thought I would definitely survive if they decide to throw me into the South China Sea.  Instead, I was thrown into the Pacific Ocean.
And now, I found one something else… everyone who was thrown into the Pacific together with me seem to be able to swim and float much better than me!
What I am trying to say is… the world outside Malaysia is freaking big, much bigger than I imagined it to be.  The working individuals around me are a collection of crème-de-la-crème.  Everyone is good at what they do, everyone is efficient, everyone works hard. I do not like to use the word “competitive”, because I don’t think my colleagues are such.
Somewhat sad to say… the knowledge, expertise and experience I gained while in Malaysia is not that useful in the international scene. Even in certain situation where it was useful, the knowledge and expertise of those gained by people from Europe and America seems to carry more weight.
For a few months, I was struggling just to keep my head above the water, trying to avoid being drowned not by the quantum of work given to me, but rather the complexity.
And while trying to solve these issues, I am often left amazed by my colleagues.  Everything that I thought I was fairly good at, most of them are better than me.  And those one level above me are really geniuses.  I dunno… maybe I am just dumb.
I am beginning to find my footing in this new world, or should I say… building enough muscles and stamina to swim and float in the Pacific Ocean.  But certainly, there is plenty to be learned.
1 year ago… Read
2 years ago… To capture the rapture
3 years ago… Appreciating life
A zewtpinion by zewt at 9:45 pm
Email ThisBlogThis!Share to TwitterShare to FacebookShare to Pinterest
Labels: Working in Singapore

What a great way of looking at it. It's important to both know that you have much to learn from others and to have confidence that you will be just fine.

Sad for asians ya, that the gwailos seem to know more and they are the ones who get to punch out at 5 sharp to jog along CQ.

As always, your direct and frank way of looking at anything, including yourself, is amazing.

Few would admit to what you'd just written.

School is always in session and life challenges us to excel as being both enthusiastic student and inspired teacher.

i heart this blog!!! where to vote as the bestest blog of the year ? ;D

You'll be fine. Such worrisome on the professional part is a good sign.

But, swimming in the pacific? Tell me about it - there are 'sharks' everywhere and everyday is a day of reckoning espc when we work for the japanese. Everyday, we are expected to learn something new and do something better.

You take care my dear friend...

that was how i felt too when i left msia to study overseas. suddenly the world's a bigger, scarier place, and one just has to learn how to swim, as u said. i dun think u will drown, zewt ;)

Life is all about learning... you can never know everything.

We've had Managers who made mistakes or asked us to do the wrong approach but never admitted to their mistakes and shortfall.

But it's humbling that someone at your level is big enough to admit it.

A bit of positive, honest, self-reflection, is useful for you and a great big clue as to your survival skills and your innate ability to rise to a challenge.

i was going to mention sharks but Fi-sha beat me to it.

but you'll be fine - you were not sent to s'pore to flounder.

Hey Zewt, I'd say don't be too hard on yourself, mate but then I realise you won't. You are just being honest and realistic in your self-examination, and this (plus your natural intelligence and diligence and perseverance) will be what get you through the day.

Not just get through the day, but triumph, too. :)

You gave me much food for thought, though. Am I myself in a comfort zone because I am in a situation where I can do well and out-perform the rest, when in reality, if thrown outside my normal waters, I would be swamped by the COMPLEXITY (rather than the QUANTITY) of the challenges presented to me?

Food for thought, as always. Thanks, mate. :)

Good for you! Being frank and admitting any weakness is the first step towards the next step i.e. taking action.

I believe you can make it :)

I have a question for one of your points and hope that you'll answer it:

"the knowledge and expertise of those gained by people from Europe and America seems to carry more weight."

You didn't mention if the "people" in question are:

a) the original Europeans i.e. "Caucasians", "gweilos", "Mat Sallehs" or "whites" (as most seem to assume here) or

b) the people i.e. Asians, Blacks, Mat Sallehs, Hispanics and other races who had grown up, studied or lived in Europe and America?

Its just a matter of time you will get your half fresh & sea water of Malaisiya to blend pretty well with the completely sea water of Singapura. Basing on the fact you are the 'chosen' one out so many you cant be dumb. Just need a little bit more time to acclimatize with international water. Trust me soon you will be swimming with the sharks and not being bitten by them. Yes you can! Zwettttt to them!

Honestly speaking, its a good thing that you are taken out of the backwaters and pushed into the ocean. If it was the other way round, and you were bored to death, that well, simply kills you.

May you and all your loved ones have a Merry Christmas and a wonderful New Year filled with love and joy...

hi zewt!!!
i have the exact same sentiment!!!
mine is an internal transfer/secondment. however, i am not playing with the Pacific Ocean though I would like very much to be able to do so!

hey, hope it's not too late to wish you a joyous celebration!

Find a float and drift away..

Merry Christmas to u. =)

hey, its been a while since i've visited your blog.. it seems like you're at a new environment now. I was hoping so very much i could get out of where i am now because of the suffocating system. I know out there will be survival of the best, but i know i gotta get out. Its because i always know we'll always learn new stuff somewhere else. So i hope u could also think the same. :>

good luck to you and have a wonderful new year. this is wishing you all the best in 2011!

House-tai - haha... not all gwai los are like that, but they certainly know quite a bit.

STEEST - humility is a good trait :)

jemima - but i am not in school anymore :(

Fi-sha - thanks... and you should make your way back here again :)

doc - thanks... think i am getting the hang of it.

Life for Beginners - cheers... i think once in a while, we should put ourselves up for some challenge... just that i think i sort of did an overkill.

christinejalleh - hi there... well, those people can be anyone. i can pick one in particular... my colleague... a japanese who spent her childhood in japan but moved to the states in her teens and grew up there. she graduated there and got her MBA. spent a few years gaining western experience and then moved to europe for further european experience. compared to those who have been here in this region, their view seems to carry more weight. of course, the western imperialism thingy kinda kick in... but if you have exprience only in malaysia compared to someone who has got european experience... really, no fight at all when you go into a technical argument and industry practise.

hikazew - hope you are doing well too!

Bananaz - thanks for the confidence... hope i do not need to take on anymore salty water down my stomach during this process :)

There is an old Chinese saying. It goes like this, "There is always another mountain higher than this one". Keep learning and you can do it!

Hi zewt, good on you that you made the jump across the border! Any environment that inspires healthy fear of the unknown should indicate that there's opportunity for growth, and thus should be faced head-on with gusto. Failure is just another way to learn..eh? For those of us here who are still struggling with 'quantity, over quality' in the accounting industry, i bid you good luck and hope that we'll have the same opportunity down the road..G.bless!

SLK - cheers... and i believe you should also take on the new challenge with gusto... come join the clan of the diggers... brain drain diggers.