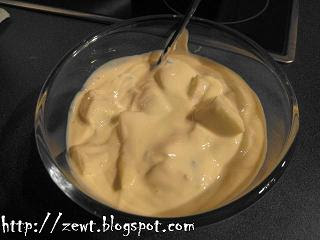 For some strange reason, I have been waking up relatively early compared to normal. Back in KL, I would set my alarm at 8am, and it will be snoozed till at least 8.40am before I actually get up. But here in London, I have been getting up at 8am. And you know what? I have been preparing breakfast! Twice I had cut pears with yogurt… absolutely yummy-licious and gosh… sooooooo healthy!

Anyway, a lot of people have been asking me to blog about the working culture here in London. Trust me; this topic is something I will definitely touch on. But ya know, I think it is too soon to actually talk about the working culture here after just 1 week. All I can say is that everyday is a learning experience… everyday, I see more and more differences between the working life here in London compared to back home. I will blog more in detail perhaps next week.

But there is one thing I noticed by just being here for 1 week. Weekends are very important for the people here. I have blogged about the evolution of weekends to us modern slaves but to the people here, it is certainly a whole new level. 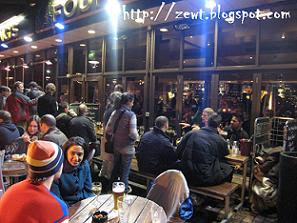 For a start, people have big plans for weekends; and working is definitely NOT part of the plan. People will take time to travel around during weekend. For more of us back home, working during weekends is is pretty normal, though not to me. Talk about weekend usually starts from Thursday lunch time.

Come weekend, when I went out with my friends and bump into come familiar faces, people NEVER talk about work. Weekend is a time away from work… like totally away from work. Those biting about bosses and how you cannot meet deadlines and how Monday will be a dreadful time… such things are non-existent in people’s mind here.

Oh, I went to a nice bar by the Thames last Saturday with KT and had this beer called Cider. With a distinct apple taste, you can drink it easily. But after a few gulps, you will begin to feel its effect. Another good drink I must say. 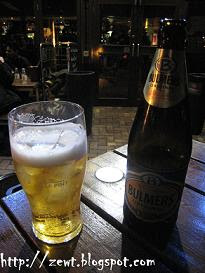 Anyway, come Monday; everyone will certainly ask you how your weekend went and everyone has a story to tell and it makes you wonder… was it a weekend or was it a whole week off for these people.

This is one thing very apparent here in London. I can see the joy in all my friends’ eyes when I met up with 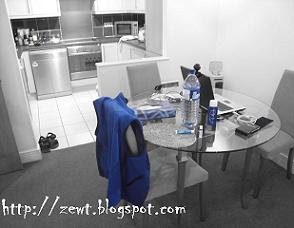 them over the weekend and they are just so happy working here. No one seems to have any plan to return home, at least not in the immediate future. Even if they do, they intend to work in Singapore, definitely not in the Malaysian modern slavery kingdom.

And hey… one is eligible to apply for residency after 5 years working here… and I have a gut feeling that most if not all of my friends will be applying.

** A year ago and 5 days ago today, Zewt blogged about “They said it’s just a number”.

A zewtpinion by zewt at 8:58 am
Email ThisBlogThis!Share to TwitterShare to FacebookShare to Pinterest
Labels: London tales, Zewt on Life

now u prob understand why i keep sayin' msia sux...ha ha ha..it's not about being positive, although a good attitude goes a long way. so how exploited we r over here in bumi-land?

its work n play all together...really shows tat they know how to enjoy life, ya? no wonder ppl always say its really different in overseas...

The working culture in Europe is different from that of Asia - not only in Malaysia.

The rest of Europe - more than the Brits actually - take the phrase "having a life apart from work" pretty seriously.

Unfortunately, most country in Asia are still considered "developing" and therefore the competitiveness is higher - and employers inevitably "take advantage" of the situation.

In the company that I'm working with at the moment we have to compete with our counterparts in China - and working on weekends is no problems for them. It's really hard to make the comparison and on this I must say that we should not think that this is inherent in Bumi-land only.

One thing the people in Malaysia need to learn is to lead a balance life, i.e. between work and spending quality time with family, personal interest, de-stressing, etc. Though this is sometimes hard to put in practice when a lot of us are competing to keep our jobs.

wouldn't it be great if life is so easy in malaysia?

well actually, after being used to all these slavary in msia, if msians were to work with the english..i'm sure msians will get very "mang zang" cos they're so carefree!

like my boss now here lah..whenever we wait for respond from the big boss in uk..she gets fedup..cos they always leave it to the last minute.

haha... you are there in London. What a pleasant surprise. I am going to migrate there in May too. Got my working permit!

wahh...such laidback lifesyle there! Zewt, I believe you will look and feel much much younger (not that you're old or anything, ok??!! Haha) by the time you get back to Malaysia.. Enjoy more, ok. :p

Yup, even here the angmohs can really separate work and hols. No such thing as coming in on weekends (unless got serious deadline-la) or working through the night. And no way will they entertain any official calls on weekends or when they get off work. When they go on holidays, there is no such thing as long weekend holiday. Most will cabut for at least 1-2 weeks.
Only asians work all hours of the week.. :P

Yoghurt here is also very good - thick and creamy and not sour at all! Even the plain flavoured ones. Almost like eating cream.. minus the fat! :D

That's the difference between a developed and a developing/Third World country! Even in uni, u see them doing all the "funny" courses whereas everybody here wants to be a doctor, an engineer...an accountant (LOL!!!). So kiasu! My friend says when he retires, he'll travel around the world...and at the end of it all, he'll go back and stay in some old folks' home (and I guess he can live on welfare)!! U wouldn't hear of such things here, horror of horros!!!

ah didn't know cider is considered beer in UK. It is made from apple. Since west of France produces a lot of apples, this region has very good cider. All my family members love it when they were here. But when I tell the French that I prefer cider out of all other type of alcohol (like the champagne and wines), they think I'm crazy. For them, cider can not be compared to their reputable wines or champagnes.

When I was in the States for training, one guy told me "There's more things in life than work".
It'll take a long time for fellow Malaysians to change such mentality to take work away from the weekends. If I have the opportunity, I'll be out of the country too.

Again. The grass is always greener the other side. Heheheh!!!!
So when will be coming back?? Hahha!!

Eh.. you still have not answered me why and how long will you be there? Secondment or permanent job there? When balik? How is the weather there? Cold ah?

Your blog become your journal now.

Oi! This shows you've been working too hard and not pubbing hard enough!
You can find apple cider here too at the Finnegan's.
Next thing you'll be asking ..."Cocka ah...what is finnegan's ah?" Hahahaha!!!

I might be settling in Italy since I studied here but if I have the opportunity, I would Loveeeeeeeeeeee to work in London too.. Who doesn't love London!!

missironic - indeed... ppl here work just to make enough money for holidays... they dont work to get a nice car and a big house.

Ivan - initially, i thought it's an asian thing. but you know, i found out that there are certain things... very distinct to just malaysia. will certainly talk about it.

Huei - yeah.... exactly... your boss sounds like my boss. my boss counldnt understand how come ppl dont reply her the next day... self imposed slavery life.

dangerous variable - yo! wow... congrats! i am only here for a few months. well, i know what you're here hehehehe...

supergirlfriend - hahaha... definitely. and when i wake up... dont feel depressed.

suituapui - yup... we call them funny courses, but to them, that's what they want in their life. for us... we all study the same course...degree in I-wanna-get-rich-no-matter-what.

Bee Ean - hmmm... i will certainly have a good taste of cider in france then :)

Kimmy - hello, welcome! i think that's the plan for everyone. asian countries are exploiting their people in the name of development.

purple mushroom - i will be here for about 2 months plus only ler... not very cold, certainly not cold enough. yeah, it's kinda like a journal now but with still a bit of thoughts :)

crys Violette - hello there... well, try your best to make it there. certainly better than staying in malaysia.

I can tell you haven't got into the British culture of drinking (and a little bit too much!)

The good side about here is nobody talks about work after work. Certainly more life than that!

3 quid for a beer? Do they still have a pound a pint??? Beer was so cheap (especially that time when it was RM3.50 a pound!) they really drank like a fish! The joke then was: "Why are the roads in England so winding?...Because after every mile, there's a pub!"

wah .. so healthy food you eat there. ;) I just go for fried rice and 2 fried eggs everyday. ;) so not healthy

how long you ll be there zewt?

I think Bulmers is the brand of the cider. Cider is a kind of alcoholic drink, not strictly beer ;)

so, are we over achiever?

Looks like I have been living in London all along. I plan for weekends outing early of the week. Hardly complain about work. I go to work with twinkles in my eyes. Hahahahah!

Like you have said, Zewt. It's all about choices.

hey how long u gonna be in London? Jealous at u leh~ sounds really good life!

suituapui - 3 quid la in central london... and certainly no more a pound to a pint mate... haha

cibol - hahahaha... i have been healthy alright... simply becos it is much easier and much cheaper to be healthy here.

Even in Uni, you get 'How was you weekend' on Mondays but of course the answer wouldn't be as interesting than the working group since students are poor folks.

I have the same idea too, Singapore will be the place if "going home" comes to mind, but before that will really love to try US.

some companies in UK force ppl to go back sharp at 5.30pm. those who dont follow, will be penalized and their bonuses deducted

mrbherng - US only suits certain ppl... of cos, u can definitely give it a try...

to sum it up, you are just a kampung pumpkin going out to the big city. Reading all your post, I wonder why do people want to be educated by you - self righteously being filial, being a metrosexual, being very COMMON and OBVIOUS.